1437: Puppey is the most consistent player in Dota | Position 6 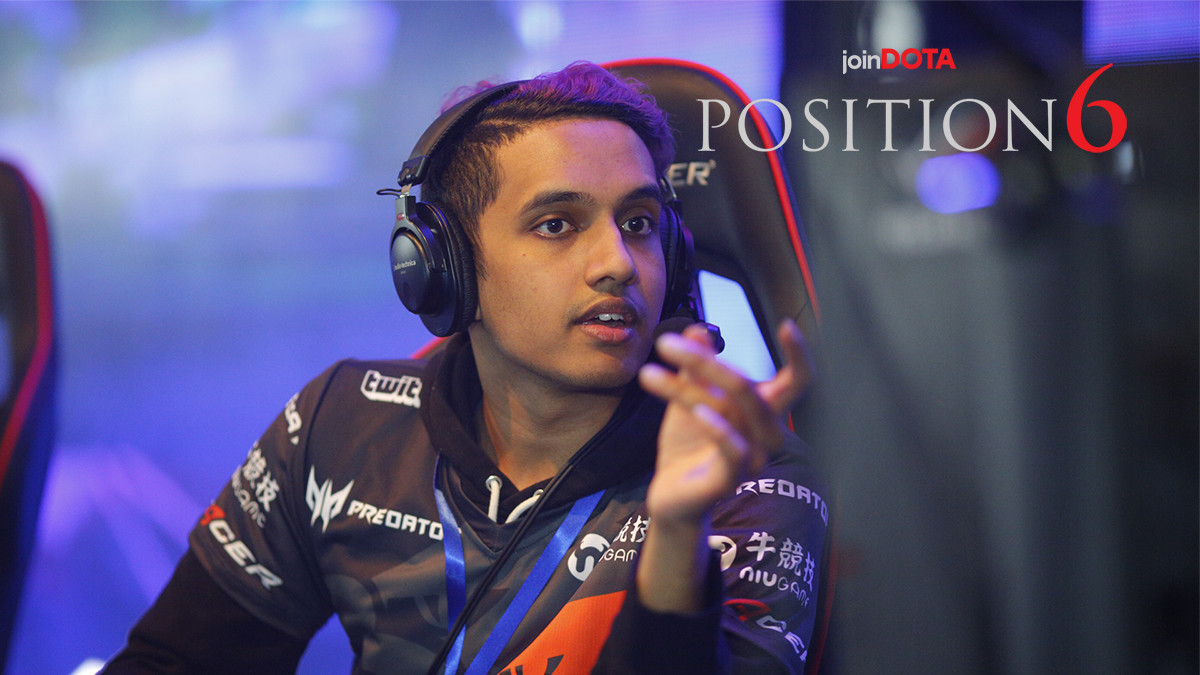 posted by NanaKrustofski,
Theeban '1437' Siva has much reputation as a professional player, coach and talent. In this episode of Position 6, Dan Offen asks the support player about his current career, his opinion on Clement 'Puppey' Ivanov as a leader and about the different mentality of Western teams and the Filipino TNC Predator.
ADVERTISING:
After playing in the qualifiers for The International 2019, 1437 decided to take a break from professional Dota because he had been competing for around nine years. He also explains that he got married last November, which served as a good point in time to step back from Dota. He then suffered an injury on his finger which prevented him from coming back, so he focused on streaming Dota Underlords – but there weren't enough competitions.

I was rank one on the leadboards, rank one in winning tournaments – but then Valve didn't give any support regarding events (...) I decided it was time to come back playing Dota again.

"Puppey is the most consistent player"

1437 is also known for coaching Team Secret in 2015 and 2016. Even though Secret always counted as one of the strongest teams, they were never able to win a TI. 1437 reveals that there were some interpersonal issues around The International 2015. They had a huge drafting problem, underestimated Bounty Hunter, got destroyed by the hero and dropped to the Lower Bracket.

Theeban thinks there are still issues within Team Secret nowadays, but they work more as a unit. He also adds that Clement 'Puppey' Ivanov is the most consistent player, even though he couldn't win a second TI yet.

TI isn't everything, it just happens to be the tournament where you earn 80% of your paycheck

Apart from coaching, 1437 also played for various top teams and remembers his times at TNC Predator. He tells Dan how TNC invited him to play for their team and told him they would participate at Starladder | i-League Invitational #2 China. Theeban had to fly to China spontaniously and TNC had one day left to practice before the event started.

They were able to defeat several of the back-then strongest teams of the tournament, since 1437 was studying the competition before anyways. In the Grand Finals, they could force Team Liquid to a full five-game series. He also mentions that the fifth game was quite funny for them, since Liquid weren't wearing headphones during the draft but TNC's players were, so Liquid could probably hear TNC shouting their draft suggestions.

(They banned) a hero that we didn't play during the entire tournament. And we were like "what the hell happened, how did they know"