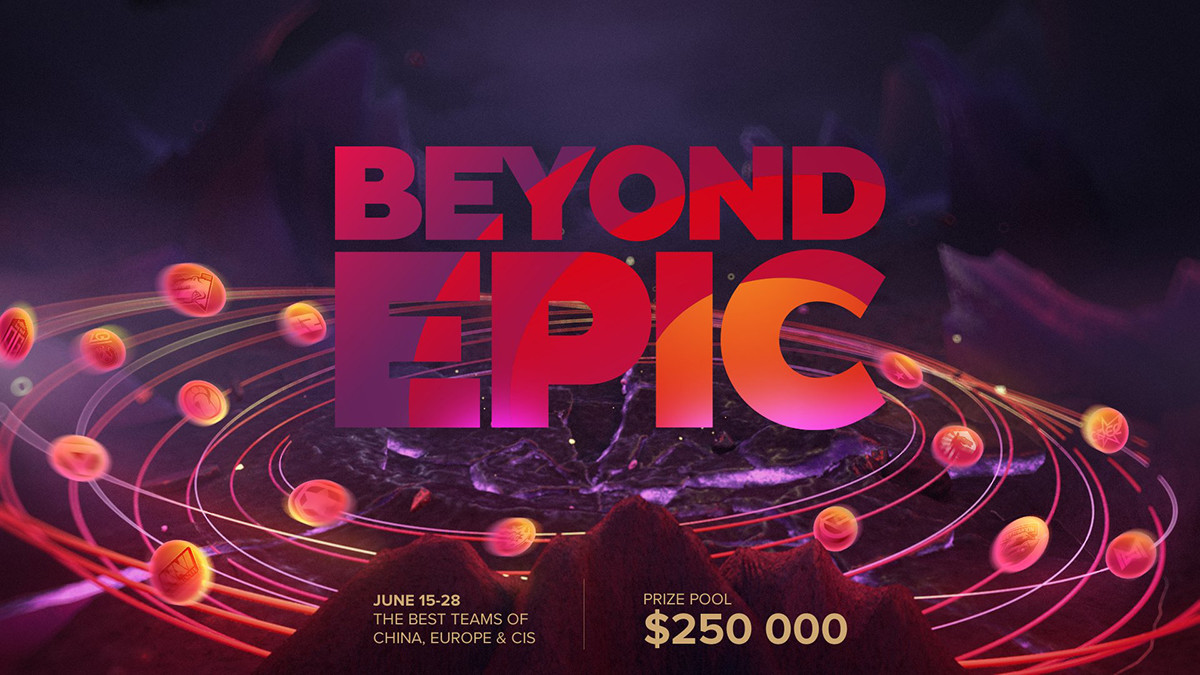 posted by NanaKrustofski,
What happens when two esports studios and a tournament organizer join forces? They create a BEYOND EPIC tournament in Dota! Beyond the Summit, RuHub broadcast and Epic Esports Events will host a special event in June, split in two regional divisions with a total prize pool of $250,000.
ADVERTISING:
The three parties announced the BEYOND EPIC tournament on Thursday on social media. Most of the participating teams have already been confirmed. There will also be open qualifiers taking place in a few days.

The event will feature two divisions: Europe/CIS and China, with the best teams and total prize pool of $250 000 😎

Initial qualifiers are open for any team in the region, you can find the link for registration here.

Overview on all dates:

These teams will play in the EU & CIS division


These teams will play in the Chinese division

More information on the format, casts and all remaining teams will follow soon. Check out the official homepage of Epicenter to stay up to date.

Are you going to compete in the open qualifiers for BEYOND EPIC?