Era: "I had to switch in order to stay in the scene" 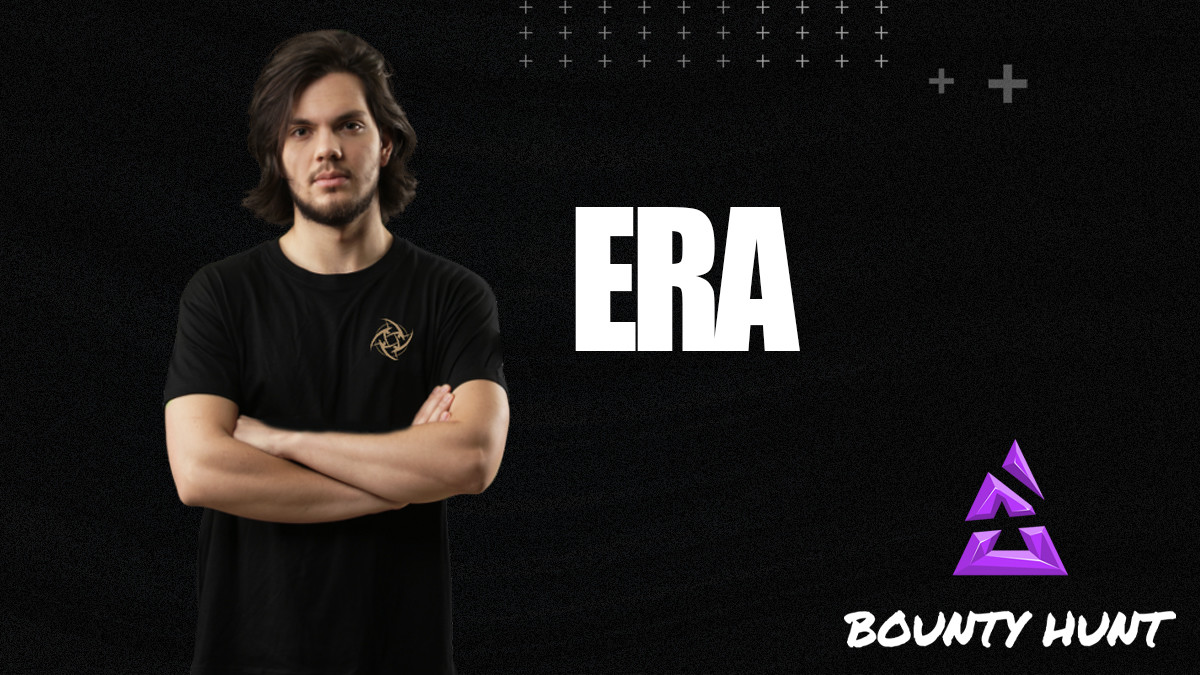 posted by NanaKrustofski,
Third time's the charm: Adrian 'Era' Kryeziu recently returned to Ninjas in Pyjamas and is ready to compete at BLAST Bounty Hunt. Let's hear from him what he thinks about their chances – and the benefits of wearing a NiP jersey.
ADVERTISING:

Alliance and NiP have a unique clash in playstyle

joinDOTA: Your first match at the BLAST Bounty Hunt will be against Alliance. How do you see your chances?

Era: Alliance is always interesting. Our playstyles have a unique clash. I can't say who will be the clear victor, it's a bit of a 50/50. Since unfortunately, we lost quite early at ESL One Birmingham, we have some more time to rest and prepare.

joinDOTA: You had really great results at ESL One Los Angeles and Pushka League. What do you think, why are you so strong at the moment?

Era: It's a combination of many things. All of us in NiP are very motivated. Supream^ and SabeRLight- are up-and-coming players together with Charlie. SoNNeikO is a fantastic captain with many great ideas. We are really motivated to prove ourselves and it's showing.

We take the series 2:0 and we kick out OG from the tournament!#GONINJAS #DOTA2 #ESLONE pic.twitter.com/qakIQn4PDT

More online tournaments in the future?

joinDOTA: As a pro player, your life usually contains constant travelling which can be very demanding and stressful. You can now kind of relax in this aspect. Do you think for the future, more online tournaments would be helpful to players’ health?

Era: A large part of being a top tier player is actually the travelling and I truly miss that. When I first started playing competitively back then with Fnatic in 2013, there were lots of online leagues. Those were really nice in-between tournaments to play, but there were also fewer major tournaments. To find a good combination between LANs and online events would be nice. It also makes you compete at a higher level in between instead of just always playing qualifiers and LANs.

joinDOTA: There are creative and more fun tournaments as well as the classic “professional” events. Which ones do you prefer playing more?

Era: BLAST will be my second time participating in a more unique tournament. It's gonna be really fun. Of course we want to win, but we are also looking forward to seeing how those bounties are going to work out. I'm just happy to see BLAST join the Dota scene, I've watched so many CS:GO tournaments.

Long have we waited for a Blast tournament in dota 🥳 https://t.co/4hv5fCUnv0

"Suddendly, you're more than a player, you're a brand"

joinDOTA: How did your every-day life change from being in a free stack to now playing for an organisation?

Era: I was the newest addition to the Chicken Fighters squad. I moved in and things moved very fast. We were fortunate to play ESL One LA. We got this opportunity by NiP and that helped us a lot to receive invites, just like this one for BLAST. It means a lot having a big name behind you. Suddendly, you're more than a player, you're a brand.

joinDOTA: Sonneiko said in a previous interview with us that you would improve extremely fast if you have to play against the top European teams constantly. Do you feel a different pace now that you’re playing with NiP again?

Era: Before, we only had like one chance to play aginst big teams every few months. The European qualifiers were so rough. Even reaching to play there against OG or Secret was a struggle. Now with NiP backing us up and we are getting invited, we play against them in the group stage as well as playoffs. This makes a significant difference in our improval rate.

joinDOTA: You played as carry at GODSENT, but then went back to position 4. Why did you change and which role do you prefer playing?

Era: I genuinely just love Dota and enjoy playing every single role. You might not want to see me on the offlane, but besides that, I enjoy and play everything in pubs. I previoulsy switched from position 1 to 5 at Final Tribe and tried captaining. Position 5 was not as enjoyable in a competitive environment, but it gave me lots of experience. And when looking for a top team, I had to be real with myself. What do people need nowadays? The community is flowing with good carry players. I had to switch in order to stay in the scene.

Era: Playing a lot of Anti-Mage in the past, I'm happy to see this Persona. When it gets released, I might be buying some more Battle Pass levels. (laughs). Pudge has always been the most fun hero to play in the game. Sometimes I just want to drop everything and have a fun game with Pudge, so I think that Persona is my favourite. Pudge requires love.


BLAST Bounty Hunt will be the first Dota event by tournament organiser BLAST who is known for their events in Counter-Strike: Global Offensive. To find more information on the tournament, check out their official Twitter page. You can follow Era on Twitter here.

The first matches of BLAST Bounty Hunt will be played on 9 June. Check out the official Twitch channel of BLAST to watch the games.

We wish Era and his team best of luck in the upcoming BLAST Bounty Hunt!