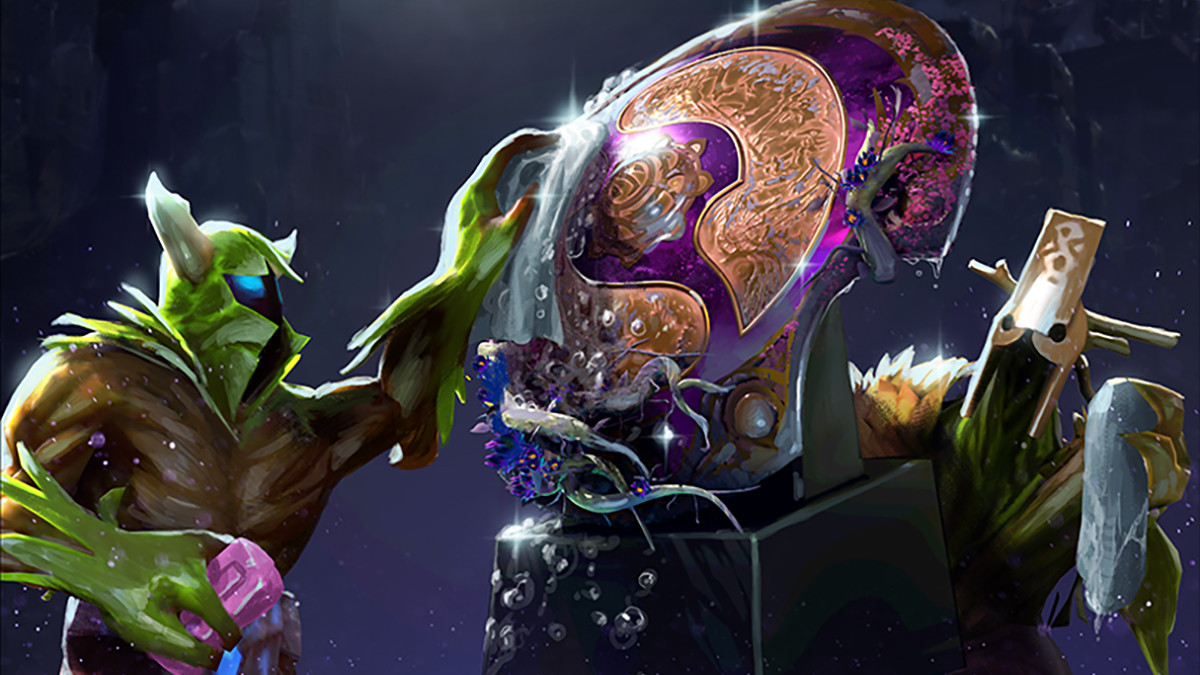 posted by NanaKrustofski,
The community might be happy with the content of this year's Battle Pass, but not with the new leveling system. After complaints, Valve re-worked the compendium – but they might not have turned the right screws. Let's see what Reddit has to say.
ADVERTISING:
Note: This article does not reflect the author's opinion and simply wants to showcase some of the opinions which are going around in the community. Feel free to contribute your opinion to the discussion below!

If you have purchased your 2020 Battle Pass and played a few pubs, you might have noticed that you don't seem to level up much. Fans from the community did the math and discovered: it's not just a feeling, there are indeed several changes that prevent you from progressing as fast and as far as you did in previous compendiums.

Valve reacted to the complaints on Reddit and social media and already implemented some new changes. You now earn more points from Guild Contracts and wagering, as well as getting more gold for the Sideshop. Valve also added that when comparing the numbers, player actually seem to earn +1.95% more free levels this year.

Despite the adjustments, Valve does not seem to have fixed the issues. As Anomalina89 explained on Reddit, players might have gained more free levels in the first week, but this was not the main reason the community criticised the Battle Pass.

In their previous complaints, the community calculated the maximum free levels you could achieve. This means the highest level you could theoretically gain solely by playing, without buying additional levels. The maximum level seems to be around 140-180 according to the thread.

The only reason to return to Dota?

User abdo1231997 also pointed out that the Battle Pass was not only the most important event of the year, but basically the only one. DireTide did not exist anymore so the only active event left apart from the compendium was around New Year. It must be noted that Frostivus indeed offers some variety to the usual Dota pubs and is an entertaining event.

But for many players, the Battle Pass seems to be the main event in every year and they often only come back to actively playing during these times. It is not a black-and-white topic, since you could argue that a free-to-play title doesn't have to offer innovating spectacles constantly. You can also enjoy Dota outside of the TI season. But nonetheless, a huge part of players looks forward to the compendium and only plays around these times.

Some of the best things to ever happen to the previous battlepasses are locked behind a 500$ paywall, it... https://t.co/eIE2c1fe97 #dota2 pic.twitter.com/qKXK9wy8V3

Taking the pandemic into consideration

Fans were quick to point out that even though the numbers on how fast players are leveling up has increased, it is not because of how the system works. Due to the global COVID-19 pandemic, most players simply have more time on their hands and play more Dota.

Additionally, parts of the community also argued a huge negative effect of the crisis: lots of people have less money available or are more cautious with spending, since they don't know for certain whether they can keep their jobs. As a result, some fans were disappointed in Valve for not taking the financial situation into consideration.

All in all, it's quite difficult to judge whether the system is appropriate or worse than the last year. There are lots of numbers and factors included and the discussion is still in full heat. So give us your oppinion on the topic!


What do you think: Is the leveling system okay for you or would you like to see more changes?