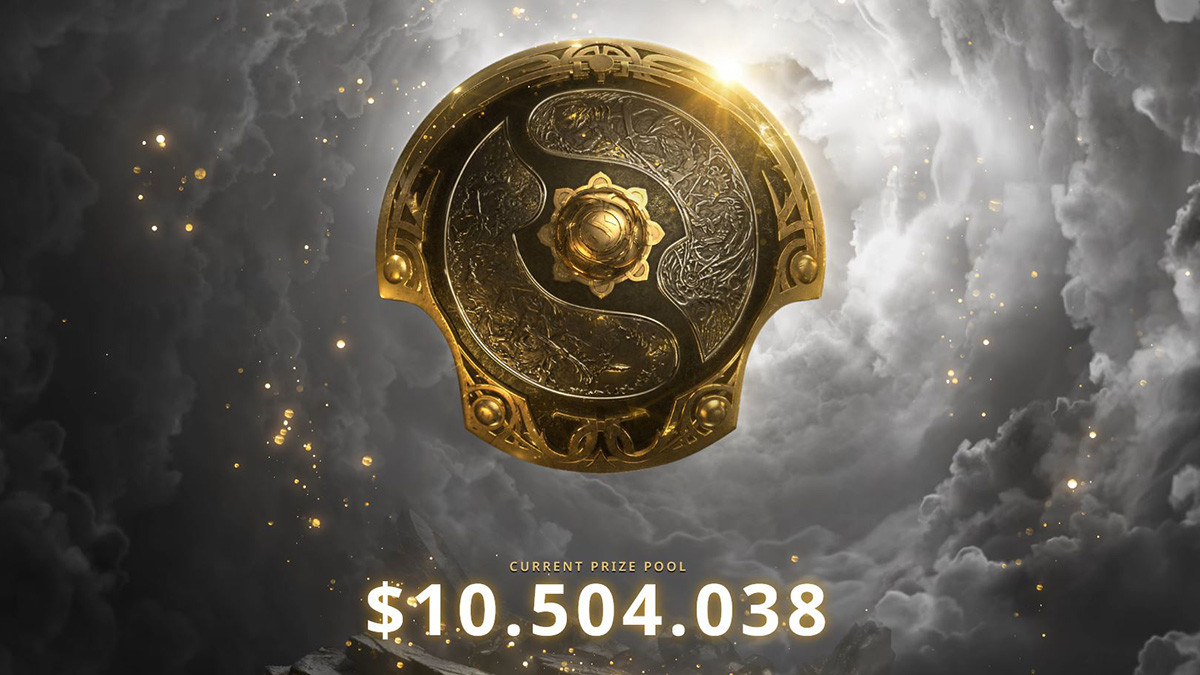 posted by NanaKrustofski,
One of Dota's yearly traditions is breaking world records and setting up new milestones with the Battle Pass sales. This year's goal is to reach the $40,000,000 mark for the prize pool of the upcoming The International.
ADVERTISING:
The 2020 Battle Pass got released on Monday. Within the past few days, it already seemed to head straight towards a new record. Out of every transaction related to the compendium in-game, whether it be purchasing the Battle Pass itself or buying additional levels, 25% of the profits get added to the prize pool of The International 2020.

The community once again surpassed itself and already brought the prize pool over the $10,000,000 mark, getting it to eight digits as Wykrhm Reddy posted on Twitter on Thursday. At the time this article is created, it has gathered another half a million Dollars, currently standing at around $10,500,000.

Already one third of TI9 is reached

With this rapid increase, the prize pool has reached one third of The International 2019's total sum. TI9 stood at
$34,330,068 which also set the world record for the highest prize pool of any esports tournament overall.

As Whykrhm reported earlier this week, the current Battle Pass sales are also way higher compared to the sales of previous Passes during the same amount of time. Over $7,300,000 have been additionally added to the prize pool compared to TI9 in the first 24 hours after its release.

First 24 Hours — TI9 shattered pretty much every record but somehow the Dota community manages to shatter even that crazy record with another new one. ABSOLUTE BONKERS!! #TI10 #Dota2 pic.twitter.com/oQdESMIsn7

Can we set up a new world record?

Each year, Dota sets a new world record for the highest prize pool in an esports tournament. Another potential milestone gets added to the yearly question "can we beat last year's record?": this might be the first time that $40,000,000 will be reached.

Valve further stimulates their fans to raise the bar by adding rewards. If last year's amount gets broken, every Battle Pass owner will receive 10,000 Battle Points. And if the $40 mio mark is reached, every player will be awarded an additional amount of 10,000 Battle Points.

Prize money: Dota leads in the world of esports

The insanely high prize money for the TI does not only grant Dota the title of having the tournament with the highest prize pool in esports, it also elevates the entire scene to dominate esports when it comes to prize money.

Since August 2014, Dota 2 has consistently lead the overall amount of prize money in esports and established a huge gap between their closest competitors, League of Legends and Counter-Strike: Global Offensive.

Naturally, this also results in Dota having the players with the highest winnings from competitions in competitive gaming. Since August 2015, the top 15 players in that regard all come from Dota. Currently, even the entire top 30 is occupied with Dota stars, with the exception of Fortnite world champion Kyle "Bugha" Giersdorf who sits in 12th place. As expected, Johan 'BigDaddyN0tail' Sundstein and his team-mates from OG are leading this ranking.


Do you think we can reach the 40 million Dollar mark this year?