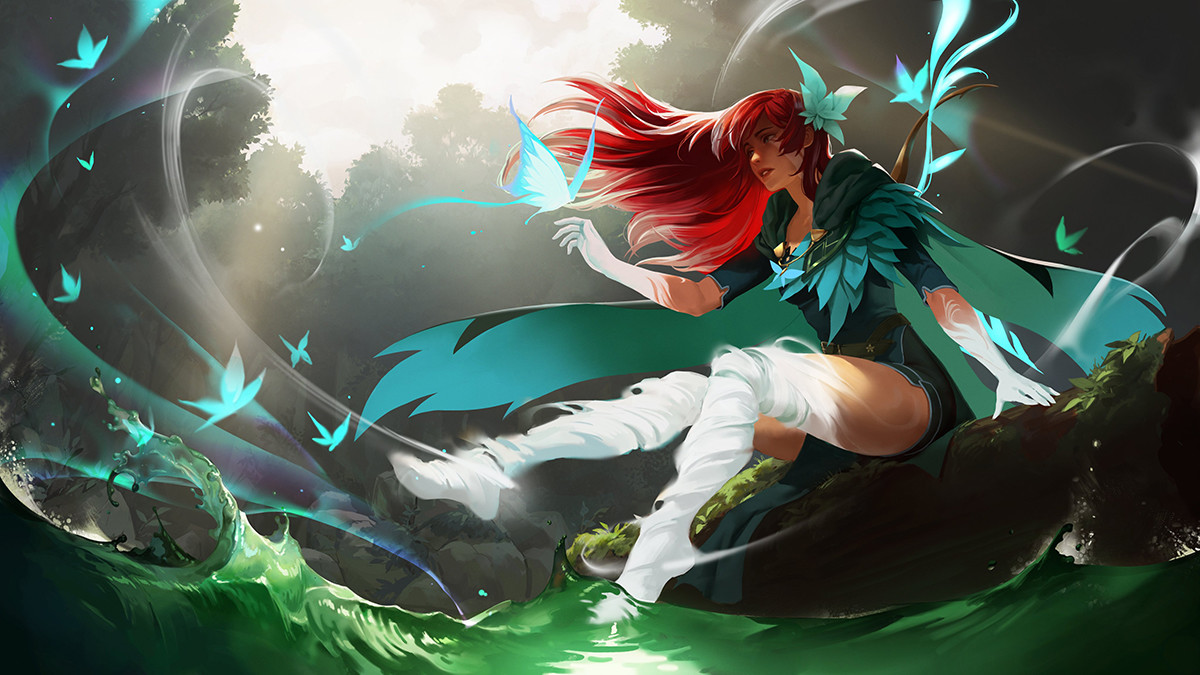 posted by NanaKrustofski,
The 2020 Battle Pass is finally out and playable! While most of the community appreciates the overflow of new content, others are not happy with the business model behind it. Let's check out some reactions on Twitter and Reddit.
ADVERTISING:
Team Secret's social media admin seems to have a clear opinion: the 2020 Battle Pass is the best one so far. Twitter Dota seems to agree broadly to this early statement as upon release, various channels have been flooded with positive reactions.

RT IF THIS IS THE BEST BATTLE PASS EVER

In general, the feedback for this year's Battle Pass seems to be nearly exclusively good. To everyone's surprise, Valve offers five different Arcanas and Personas in the pass. The plethora of high quality cosmetics is appreciated, as you get more valuable items than last year for the same price.

Everyone loves the female Anti-Mage

Especially the female Anti-Mage seems to be hyped – not only the MATUMBAWOMEN version. Fans have already created first artworks for the Persona and shared them on Reddit.

Speaking of artworks, Reddit user Yoda-Master shared their version of a genderbent Anti-Mage already a year ago. You can find their version here. The illustrator of the official Anti-Mage Persona as well as the Windranger Arcana is Knight Zhang who you can follow on Twitter here.

It's the moment y'all been waiting for pic.twitter.com/VaaMJmw8tj

As tradition has it, the new Battle Pass also comes with a special The International 2020 music pack. The new theme was created by British composer Gareth Coker. As pointed out by ODPixel on Twitter, Coker is also the artist behind the soundtracks of Ori and the Will of the Wisps and Ori and the Blind Forest. If you haven't heard the new music pack yet, make sure to check it out in the preview posted by Cyborgmatt.

The International 10 Music Pack was created by the one and only @garethcoker! See attached for a preview. 🎶 pic.twitter.com/X9ajaiIGG7

Apparently, Valve's developers are up to date with Dota memes: Artour 'Arteezy' Babaev recognizes the Terrorblade being trapped on a cliff.

A better version for the boys pic.twitter.com/B9s7QwzbJq

All in all, Shaneomad captured quite well what most part of the Dota community was thinking after the pass was released:

But while the vast amount of creative, new content gets celebrated, another point of view should not be swept under the carpet. The biggest point of criticism is how Valve changed the recycling system. As one user pointed out on Reddit, recycling now only gives you 60 Gold to use in the Side Shop. Previously, you would get levels or a reroll of the same treasure. He also mentions that a new update now puts a 7-day cooldown on items you trade, and Ultra Rares are not marketable.

Another user pointed out that Dota was still a free game and the Battle Pass was not needed to play. Therefore, spending money is just optional and Valve was still a business that of course aimed to make profit. While the community seems to be separated on this issue, the content itself recived much praise this year. The business aspect was criticised, so join us in the comments and tell us your opinion.


What do you think about the new Battle Pass?