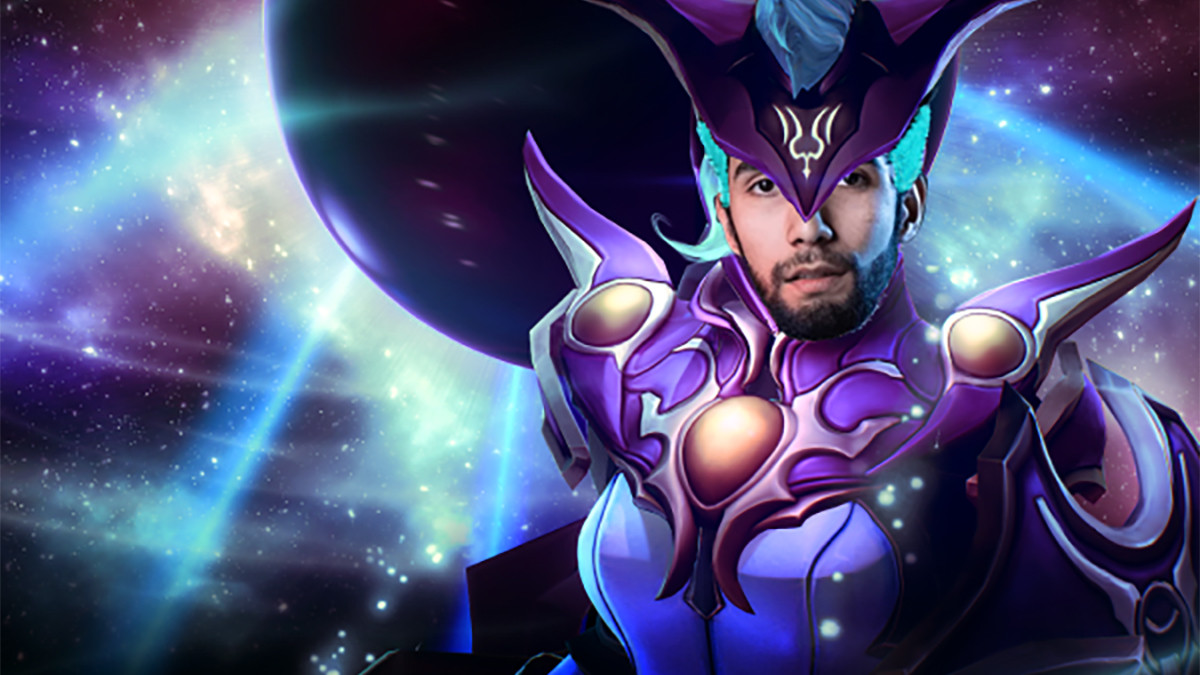 posted by Liightsdota,
In this week's hero breakdown: how Sumail 'SumaiL' Syed Hassan played the Moond Rider Luna in his most recent professional matches.
ADVERTISING:
Since joining OG and moving to the carry role, Sumail 'SumaiL' Syed Hassan has adapted extremely well to his new environment. Though we have yet to see the new OG squad at their full potential due to Topias 'Topson' Taavitsainen being stuck in Southeast Asia and unable to travel back to Europe due to Coronavirus restrictions.

Nevertheless, OG have been putting up incredible performances in recent tournaments with Yeik Nai 'MidOne' Zheng temporarily back playing Middle, and Sebastien 'Ceb' Debs standing in to play Midone’s new Offlane role. In these games, Sumail has greatly favoured playing Luna, with it being by far his most played hero in official matches since he changed roles. Today we’ll examine why OG are favouring this Luna carry pick so highly, and the style in which Sumail maximizes her effectiveness in this patch.

Luna’s most vulnerable part of the game is her laning phase, where she is susceptible to being initiated on and killed due to her low HP pool and lack of escape options. OG addressed this by shoring up her laning phase - whenever they picked Sumail his Luna, they ensured that Notail was playing as either a Hard Support Chen or Enchantress. The ability for these lane dominating heroes to bring an additional unit into the lane helps create a wall between their vulnerable Luna and the opponents. Furthermore in the midgame Luna benefits from having a tanky Offlaner who can play up in front of her during fights to provide similar protection after the laning phase. Additionally, Luna requires someone else on her team to provide the initiation, which often can also be provided by your beefy Offlaner.

With his first skill point, Sumail takes Lunar Blessing in order to maximize the damage provided by his support, as well as slightly improve his own last hitting. After picking up some starting items which load Luna up on stats, he’ll be looking to upgrade his starting components as soon as possible into a Wraith Band and Magic Wand. These stats and the mana regeneration from Wand will allow Sumail to bridge the gap between the laning phase and his first major item, without the need to initially pick up Boots. Luna is blessed with a massive 325 starting movement speed, which makes her one of the fastest heroes at the start of the game. Instead, Sumail chooses to rush the central item of this build as soon as possible - Helm of the Dominator.

How to dominate the midgame

Professional players are starting to realize the massive impact that Helm of the Dominator can provide, with some arguing that every team should pick one up due to the emphasis on earlier fighting in this patch. The item synergizes exceptionally well with Luna in particular, thanks to the massive base damage bonuses provided by Lunar Blessing, which stack with both Dominator Aura and the Alpha Wolf’s Packleader Aura. As a consequence, Luna starts her midgame jungling with incredible base damage, as well as having the ability to join fights and play actively much earlier than other conventional lategame Luna builds.

While the option to join early fights is available, Sumail prefers to continue focusing on farming after the initial Helm pickup, joining advantageous fights but still trying to farm up some further midgame carry items. This playstyle fits extremely well in the current patch, where carry picks are moving more towards heroes that are able to come online and fight with their team early. The Luna pick is fantastic because she can provide that early game impact while also ensuring that you have devastating lategame should your team need it.

After initially maxing Lunar Beam for the ability to harass in lane as well as join fights early, Sumail elects to go back for the full four points in Moon Glaives, which enables him to quickly flashfarm the jungle while his dominated creep helps tank camps for him. After acquiring Power Treads and Yasha, Luna becomes a huge threat in the game, which Sumail further exploits by using her massive team-wide damage boosts in order to secure an early Roshan. With an Aegis in hand Luna is an absolute monster when it comes to pushing. She is able to take down Barracks quicker than almost any other hero in the game.

The beauty of this build is that Luna comes online incredibly early, and can frequently close out games before they reach the lategame stage. However, should your highground pushes not go as planned, which happens in many pubs, you have great itemization to continue scaling as the game drags on. Sumail’s luxury item of preference is the Satanic, which provides massive healing for Luna to sustain in later engagements. If the opponents are unable to fully burst Luna after an initial stun, activating Satanic will almost guarantee a won teamfight for your side. An important note regarding all these items is that her damage being picked up is in the form of stats, which importantly increase base damage. This is crucial because it is that base damage value which is amplified by all the auras, allowing her to completely tear through unsuspecting opponents.

Interestingly, Sumail chooses some rather unconventional talents for a right click based Luna build, but they prove to be extremely effective at chasing down fleeing opponents during the midgame. By taking Cast Range as well as -3.5s Lucent Beam Cooldown, the spell becomes an excellent catch tool that allows Sumail to secure additional followup attacks on opponents who would otherwise have gotten away. Additionally, should you run into issues with opponents constantly kiting out of your limited Moon Glaive range, this allows Luna to still have impact in the fight on more defensively positioned opponents.

By employing this build and correctly utilizing the amazing power of Helm of the Dominator to buff your whole team, I know you’ll be amazed at how much damage your team-mates will be putting out. In that regard this hero is a very team oriented carry, who enables the success of her team-mates while also building incredibly effectively for her personal game. I can’t wait to see Sumail using her to lead OG to further 20 minute victories in the weeks to come.

What other Player-Hero combinations would you like to see broken down in the future?