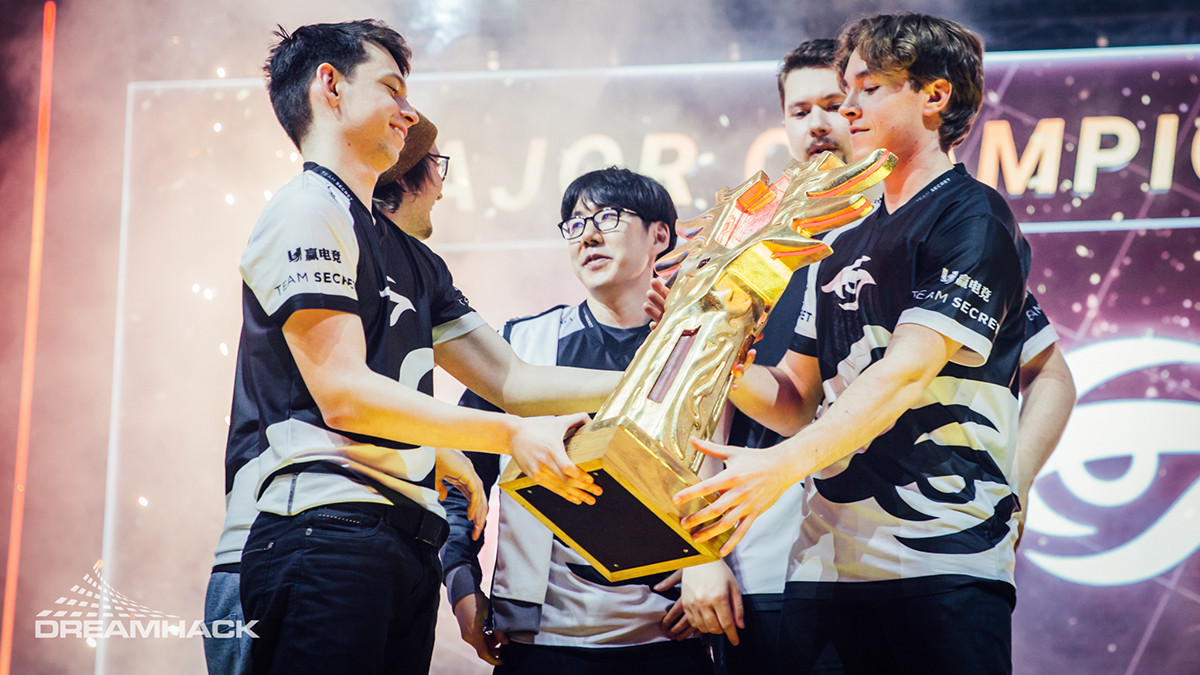 posted by NanaKrustofski,
No matter if serious DPC tournament or when playing for a good cause: Team Secret are currently dominating the European and CIS region. They claim another title by winning the Gamers without Borders.
ADVERTISING:

Powerhouse Team Secret is currently at their best. By defeating Natus Vincere with a 3-0 stomp in the Grand Finals, Secret won their tenth series in a row.

The first and third matches of the Grand Finals were classic snowball victories by Secret. While all their players usuallly deliver outstanding performances, Michał 'Nisha' Jankowski once again played MVP-worthy matches with his flawless KDA and on-point rotations and movements.

Ludwig 'zai' Wåhlberg was another key factor for Secret to win the maps so easily: despite being the offlaner, he managed to acquire the highest farm in both matches, with Dragon Knight and Timbersaw respectively.

The second match was rather peculiar. Na'Vi had the upper hand for 24 minutes. Secret went for an unusual hero strategy and put Yazied 'YapzOr' Jaradat on Queen of Pain, whereas Lasse 'Matumbaman' Urpalainen played a rare Visage carry.

Secret were able to regain the lead and killed off Na'Vi in three final team fights, elevating Secret for another victory.

Despite losing the final matches, it has to be acknowledged that Na'Vi tremendously improved over the course of the latest tournaments. In WePlay! Pushka League Division 1, Na'Vi defeated Virtus.pro in the group stages and had a strong start, just to get eliminated in the playoffs by Secret and Alliance.

In the GWB Charity event, they once again prevailed over VP and defeated them 2-0. In the seminfils, the conquered OG 2-1 and in their series against Secret, they had good chances to win the second match.

Success for a good cause

The event was part of the Gamers Without Borders Charity series. The organisers host weekly tournaments in different esports disciplines, all with a $1.5 million prize pool for charity. Team Secret won $750,000 to donate to a charity of their choice and they decided to split the earnings. One part went to Gavi, The Vaccine Alliance and the second part to The International Red Cross and Red Crescent Movement.

Despite being a charity event and not a top-competitive tournament, more than 167,000 viewers across all connected Twitch channels tuned in to the event, according to escharts.com. For comparison: more people watched this event than the recent StarLadder ImbaTV Dota 2 Minor #3 which was an official DPC tournament.

We are the Gamers Without Borders 2020 Champions! 🏆

We have decided to split the $750,000 grand prize into two separate donations:

Miracle gets rampage against OG

Fluff: zai gets called out for being...what?