Iceberg zips to the top of Dota PIT while Virtus.pro struggle 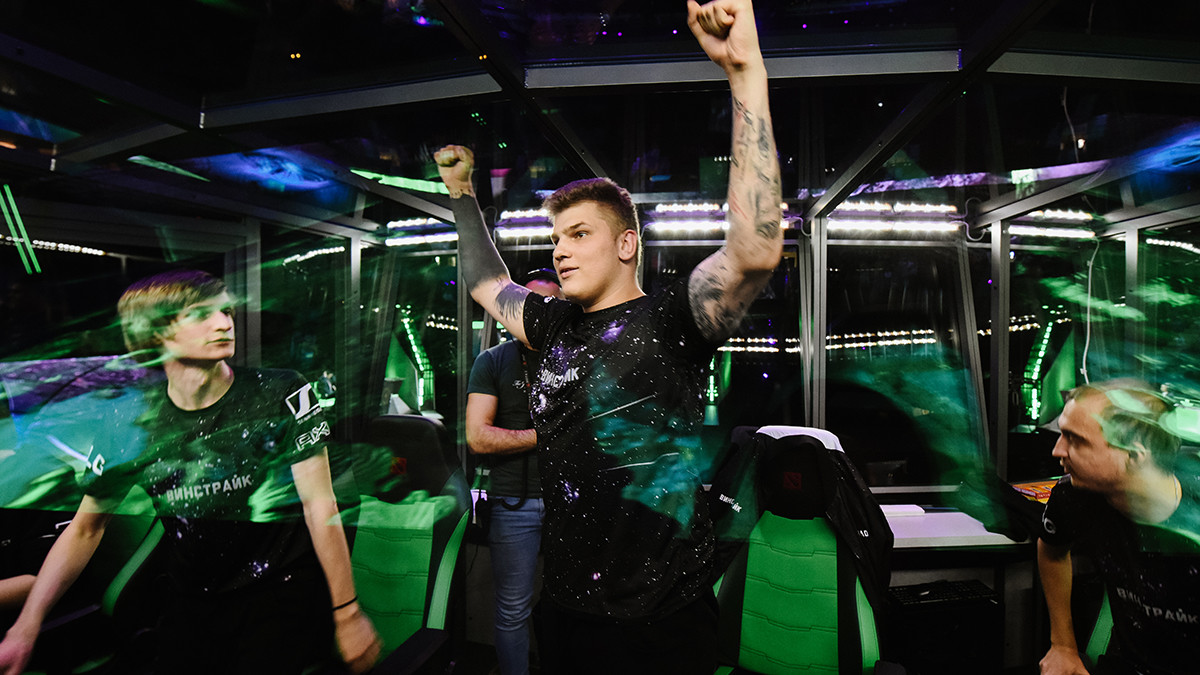 posted by NanaKrustofski,
Ten teams are fighting at OGA Dota PIT 2020 Online: EU/CIS from 13-23 May. The first match days show an interesting pattern: Two underdogs are leading the group stage.
ADVERTISING:
The event begins with a classic group stage leading into the playoffs. From 13-20 May, two groups of five teams will play in a best-of-three round-robin format. Top two teams from each group advance to the Upper Bracket, the third and fourth placed teams to the Lower Bracket. The bottom team in each group is eliminated.

The playoffs will proceed from 6-11 May with best-of-three series, with the exception of the best-of-five Grand Finals. A prize pool of $150,000 is at stake. All teams received a direct invite.

Originally, Natus Vincere were invited to the event. The CIS squad had to waive their participation and got replaced by FlyToMoon – which seems to be the perfect choice so far. FTM won their series against both, HellRaisers and Vikin.gg in a quite dominant way.

Especially midlaner Bogdan 'Iceberg' Vasilenko is currently on top of his game. He finished his matches against HellRaisers with a 16/1/4 Shadow Fiend and a flawless 12/0/7 Storm Spirit which also led to the following highlight play.

Once the most feared powerhouse in CIS, Virtus.pro are now struggling with maintaining consistency. Their successful run to the first place at ESL One Los Angeles 2020 Online in April was followed by mediocre results in WePlay! Pushka League Division 1. VP surprisingly lost against Na'Vi and HellRaisers in the group stage and after losing 2-0 twice against Team Liquid, they finished the event fourth.

VP's performance issues continued in the first matches of Dota PIT. They are on the last place of their group right now, having lost all of their matches. A 2-0 loss against top team Team Secret seems excusable, but VP also stood no chance against the rising stars Ninjas in Pyjamas.


Ninjas in Pyjamas: Taking their chance

Ninjas in Pyjamas seem to have signed the right free agents: The former Chicken Fighters are leading Group B with two victories. Not only were they able to overcome Virtus.pro 2-0, they also conquered Team Liquid in a 2-1 series.

Position four Adrian 'Era' Kryeziu is poving how much impact a support player can have: a 11/3/17 Weaver and 9/1/11 Skywrath Mage against Liquid showcased a KDA equal to core players and with a neat Sonic Wave steal against VP, he defeated Vladimir 'No[o]ne' Minenko with his own weapons.

All matches can be watched at the official Twitch channel of Dota PIT.

Do you think Virtus.pro are able to stage a comeback?