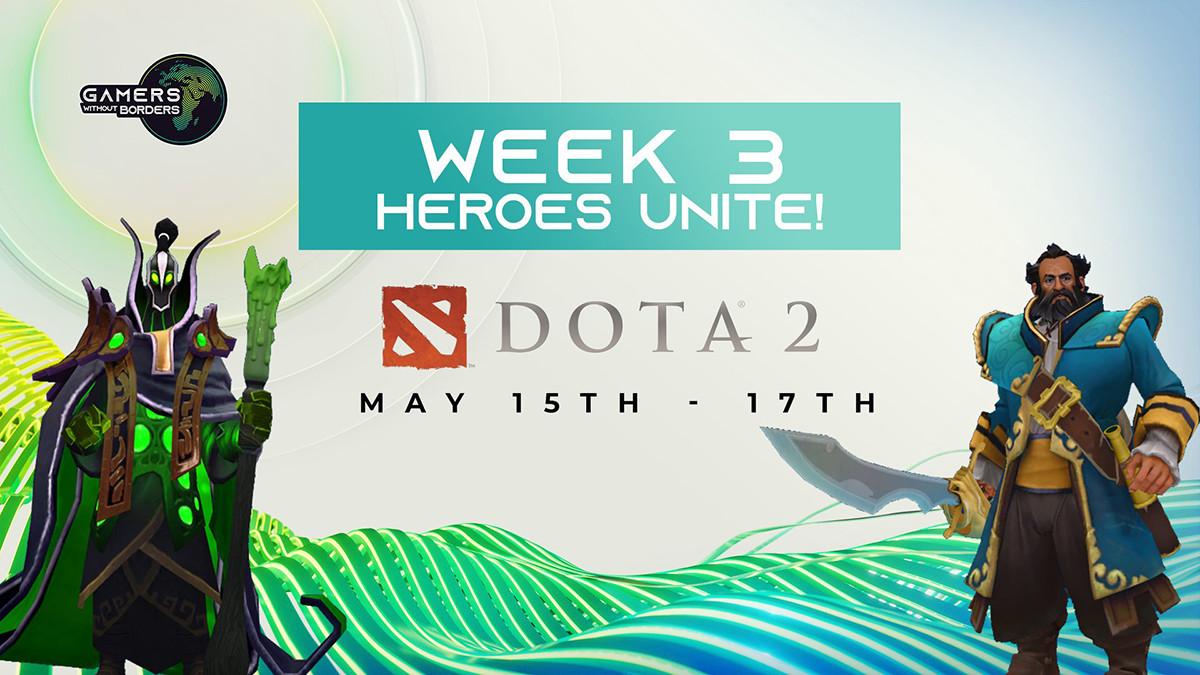 posted by NanaKrustofski,
More Dota action for a good cause! From 15-17 May, Gamers Without Borders host their next GWBPS International Elite in Dota 2. The charity event features eight top teams and a prize pool of $1,500,000 for charity.
ADVERTISING:
Gamers Without Borders currently organises one International Elite tournament weekly across different esports titles for the course of seven weeks. In total, there is a $10 million prize fund for charity to the fight against COVID-19. The champions of each event can choose to which charity the money will be donated.

So far, there have been tournaments in PUBG Mobile as well as Rainbow Six Siege. For their third instalment, Gamers Without Borders chose Dota as respective discipline and they invited eight of the biggest European and CIS teams. The format has not been announced yet.

The next #GWBPS International Elite tournament is @DOTA2! 🏆

You can find additional information on the official homepage of Gamers Without Borders. Matches will be streamed on their Twitch channels which will be available in several languages, the English main channel can be found here.