Dendi's team on a losing streak: when no one takes the bait 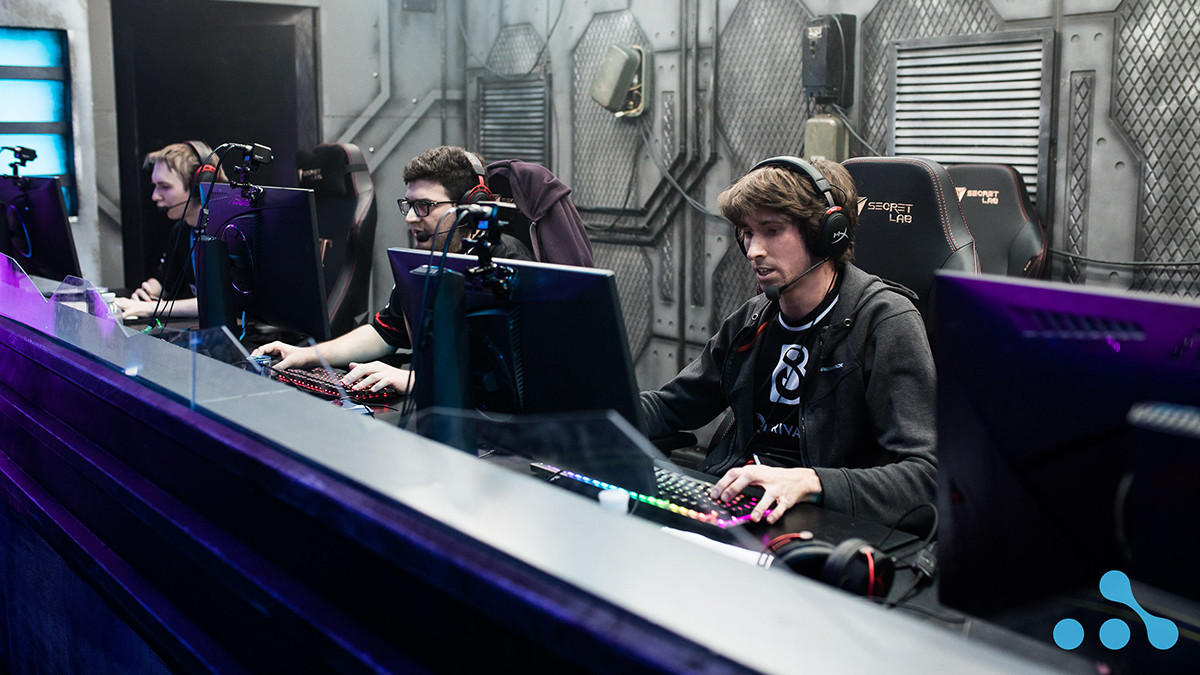 posted by Smyke,
Danil 'Dendi' Ishutin and Dota – one of the most iconic combinations. However, the superstar's new team B8 struggles to achieve good results and even established a new negative record.
ADVERTISING:
Dendi has been a fan favourite ever since his times at Natus Vincere. After nearly ten years, he left the organisation and joined various smaller teams and free stacks. In January 2020, Dendi surprised the scene with the announcement of his own organisation: B8.

Needless to say, fans reacted excited: Not only was Dendi back in action, the announcement video was incredibly creative and hyping.

B8 had to face obstacles right after their foundation when they were searching for a carry. Around these times, there has been quite some drama in the CIS region regarding player transfers and contracts. Several organisations were using loopholes and the fact that transfers did not have fixed regulations to pick up players from other teams.

The squad around star player Dendi was not spared from this drama. Originally, they wanted to include Zaur 'Cooman' Shakhmurzaev as their position one and practiced with him at their boot camp. The team achieved good results in scrims as Dendi recalled in a video about the situation. The players also were involved in media activities with their sponsor. But last second before signing the contract and only a few days away from qualifiers, Cooman turned down his spot at B8 as he received an offer from Virtus.pro.

B8 had to find a new carry as quick as possible. Most players already were taken, but Nikola 'LeBronDota' Popovic was able to get Aleksandr 'Pio65♥♠' Zalivako on board – the first roster was complete.

Hello guys! We are ready to announce our Dota2 team roster:

Not quite the right fit

Since the team only had a few days of scrimming together, B8 naturally struggled in their first qualifiers for ESL One Los Angeles 2020. The squad got eliminated in round eight of the open qualifiers by a stack called Modus Unity. These players later got signed by Winstrike, but for B8, there was no happy end in their run.

However, it did not even matter if B8 had initial difficulties, because they had something more valuable then good results at a qualifier: Dendi. His enormous reputation was enough to get the team direct invites for various events, WePlay! Dota2 Tug of War: Mad Moon being the first one.

The hype from the crowd in Dendi's home country was not enough to boost B8 to great results. The team was able to defeat Infamous 2-0 in the group stage, but then fell to the hands of Gambit Esports and Nigma. Two clear losses got B8 to the sixth place at Mad Moon.

WePlay! once again invited the stack for WeSave! Charity Play. The relaxed atmosphere could not get B8 to come out victorious either, and they lost their series against Natus Vincere 2-0. It was time for them to make some adjustments to their roster and Pio65 left the team.

ESL had to change their tournament's format due to the COVID-19 pandemic and transformed the ESL One Los Angeles from a DPC Major to an online event split in different regions. B8 received another direct invite and attended the online event with Swedish Steve 'Xcalibur' Ye as their carry.

This change did not bring the necessary changes either. B8 could not even make it to the playoffs as they finished last in the group with a 5-13 score. They only were able to defeat HellRaisers and quickly got eliminated from the event. Their loosing streak continued.


A new negative record got established

The most recent tournament B8 participated in was WePlay! Pushka League. The team was once again directly invited but they could not stand a chance against the competition, since they faced more roster problems.

B8 had to play with Giorgos 'SsaSpartan' Giannakopoulos and Haris 'SkyLark' Zafiriou as stand-ins for Andrey 'Ghostik' Kadyk and Rinat 'KingR' Abdullin mid-tournament.

Starring our stand-in players for today's match against HellRaisers. Instead of Ghostik and KingR, Skylark and Vin Di... SsaSpartan will play pos 3-4. The game starts at 14:00 EEST.#b8d pic.twitter.com/0kVEKnP198

The inconsistency of their roster further damaged their performance. B8 finish the group stage on the last place with a devastating 0-12 score. They were not able to win a single game in the league and after their short run at the event, they established a new negative record: B8 has the record for the most game losses in a row with 24 lost games.

Thanks to @v1lat for asking the question...

You may have heard of the legendary 28 wins in a row by @newbeecn in 2016 but did you know that @B8esportsGG now has the record for the most game losses in a row (24)?

With the current roster constellation and performance, B8 are not yet ready to fight against well-experienced tier one teams. Fans still support icon Dendi and his team and keep on cheering. The 30-year-old explained that he is playing for the fun and his love for Dota. And yet, a change in strategies might be necessary for the team. Switching roles, getting a new coach or finding a more stable roster could potentially fix their problems to some degree and break their losing streak.

What do you think: how can B8 get back on track?