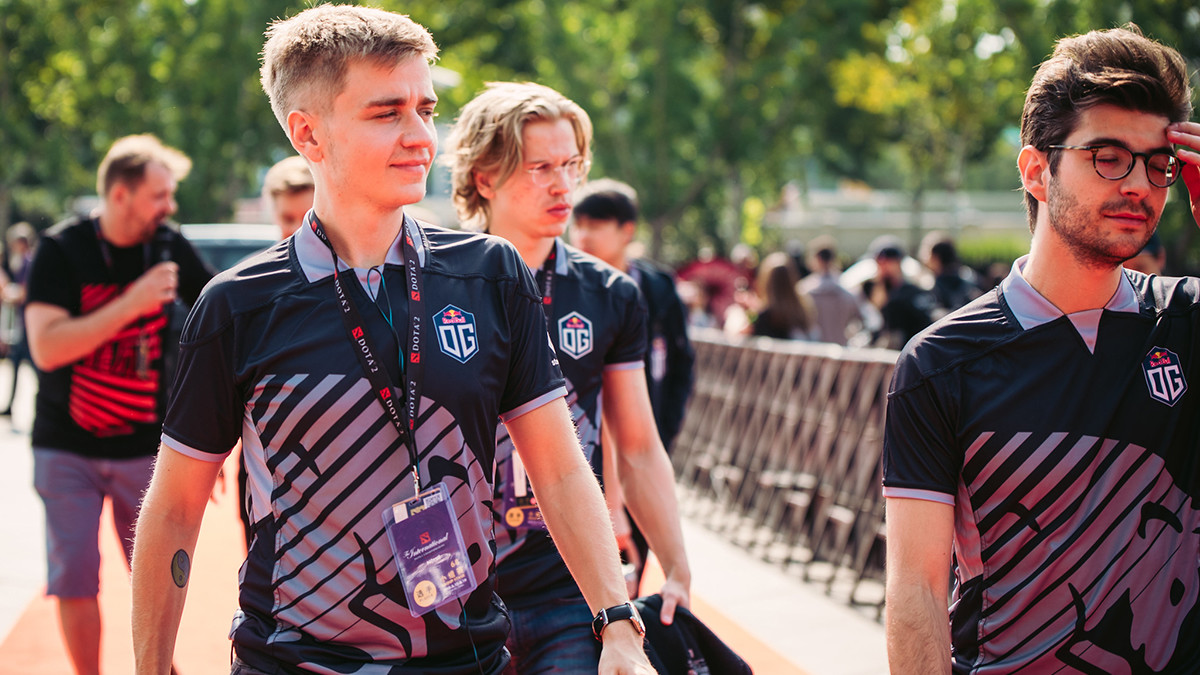 posted by NanaKrustofski,
Only three days are left at the WePlay! Pushka League group stage. The current standings show interesting results: Europe as well as CIS seems to have new favourites, while some of the usual powerhouses trail behind.
ADVERTISING:
Reigning TI champions OG are currently on the last place of the European group. However, it needs to be taken into account that the team was not able to play with their normal roster and switched players several times. Regular offlaner Yeik Nai 'MidOne' Zheng joined OG for their most recent matches, but he's playin around 200 ping from Malaysia.

Alliance, on the other hand, had an easier time to get their roster to work with a stand-in. Artem 'fng' Barshack joined the Swedish organisation as position five for the tournament and the team managed to get to the top of the group, only having lost their series against Team Secret.

In CIS, power house Virtus.pro who also made temporary roster changes struggled against the current CIS contenders: VP lost to both, HellRaisers and Natus Vincere who are currently leading the group.

OG got eliminated, but still has been showing decent performances. Their second squad OG Seed defeated them with 2-1. Especially game two was a bloody highlight as OG Seed got 53 kills in only 33 minutes.

All of their players have an exceptionally high KDA. Especially, Rasmus 'Chessie' Blomdin had one hell of a game with his 25/1/12 Queen of Pain. 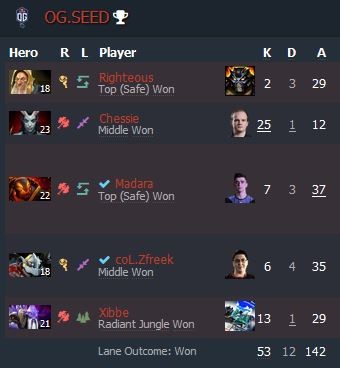 The main squad OG are on the last place of their group and lost all of their series – except for their matchup against Nigma. OG took the series 2-0 with a clear lead in both games.

The series also featured this gem of a play: Martin 'Saksa' Sazdov aimed his Mirana arrow on team-mate Yeik Nai 'MidOne' Zheng, whose Vengeful Spirit swapped positions in the right moment – taking a stunned Omar 'w33haa' Aliwi to his death.

The recently founded team B8 surrounding veteran Danil 'Dendi' Ishutin is still struggling to achieve any results. B8 lost all of their matches and are currently on the last place with zero victories and eight maps lost.

B8 was not able to play with their normal roster. The Greek duo Haris 'SkyLark' Zafiriou and Giorgos 'SsaSpartan' Giannakopoulos joined the squad in their last two series, but couldn't save the team against their opponents.

Na'Vi are currently back on their path to their former glory as they place second in the group. They only lost against group leader HellRaisers and VP.Prodigy.

Despite losing to VP.P, Krivulya 'Cema' Semion was still able to show off his juke-skills on Rubick as he made an impressive escape.

CIS team CyberTRAKTOR had to face penalties after one of their players got caught match-fixing. WePlay! Esports suspended the team's participation in the first season of their league.

Cyber TRAKTOR players are disqualified from the league.