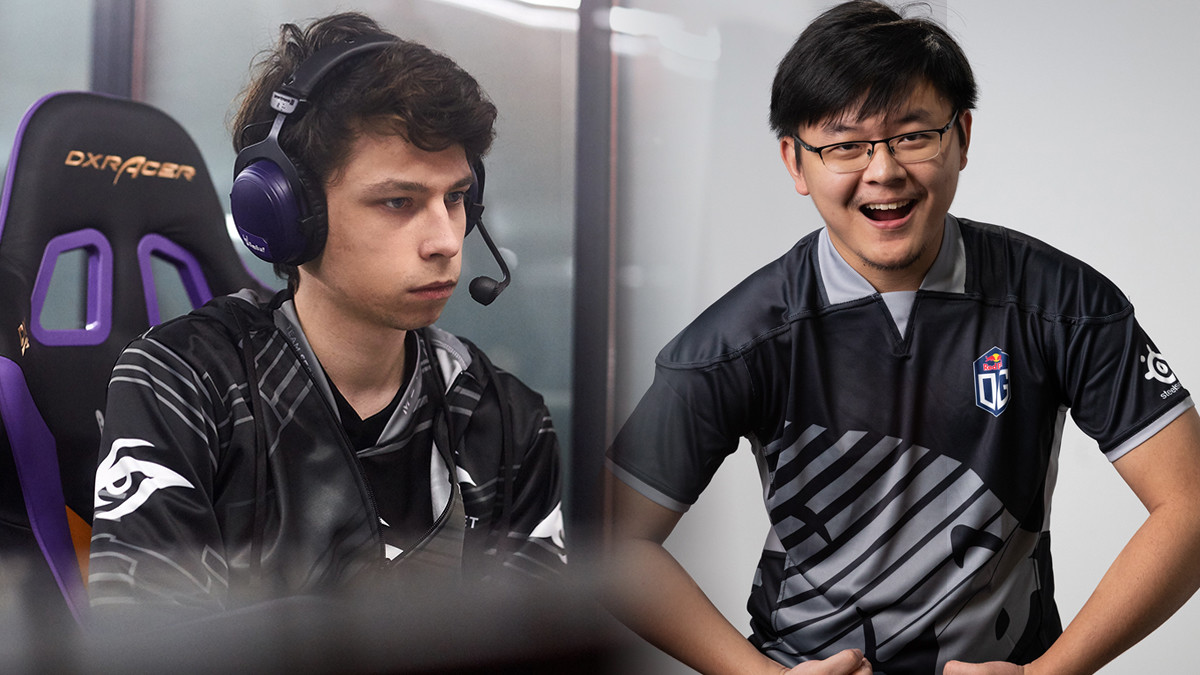 posted by NanaKrustofski,
One of the most anticipated matches in the group stage of WePlay! Pushka League Division 1 was Team Secret versus OG. This time, Secret got their revenge for their loss at the recent ESL One Los Angeles 2020 Online with a 2-1 victory. They had to face a dangerous yet familiar face.
ADVERTISING:
The European division of Pushka League brings up some interesting developments: Currently, Ninjas in Pyjamas are leading the ranking. The former Chicken Fighters originally missed the event being eliminated from the qualifiers early on but were signed by NiP.

Now they are on top of the group stage, alongside powerhouse Secret. World champions OG are trailing behind with two series lost. The team is not able to play with their original roster and had to shuffle players several times during the matches.


Game one: CCnC joins the fight

For game one, Quinn 'CCnC' Callahan took over the midlane position. OG played with Irakli 'W1sh-' Peranidze earlier in the league, but the stand-in was not able to compete in the series against Secret.

CCnC had a strong performance on Void Spirit (12/4/9), but it was not enough to defeat Secret. Michał 'Nisha' Jankowski and his 9/1/17 Kunkka cleaved his way through OG and after 42 minutes, Secret eventually took game one with a 27k networth lead.

A big teamfight going our way, including a die back on enemy Furion. Together, for a rat-free future 👏

Game two: A true professional can play with 200 ping!

CCnC was not able to play the second match, since he had a pro match scheduled with Quincy Crew at the same time. OG could not find another stand-in in such a short time and simply chose their original player Yeik Nai 'MidOne' Zheng – who entered the second match with a ping of over 200 at 4 AM at his place in Malaysia.

But even while playing in the middle of the night with an absurdly high ping, MidOne displayed an outstanding performance: He dominated his former team-mates from Secret with Void Spirit and finished the match with a Secret.MidOne 16/1/15 score line. With 40-10 kills, OG claimed the victory and tied the series even with a 1-1.

Secret realized that a high ping is not enough to stop MidOne, so they had to pull out all the stops and use their ultimate weapon: the Nisha Meepo.

Scientists are still searching for a way to stop Nisha's Meepo, but in the meantime he once again achieved another victory with Secret. While Nisha gathered most farm, two more of Secret's players had an outstanding performance: Lasse 'Matumbaman' Urpalainen caused most deaths with his 18/3/15 Ember Spirit, while the omnipresent Ludwig 'zai' Wåhlberg contributed stellar 27 assists on Pangolier.

Secret's strategy was enough to defeat OG and they took the series 2-1. They even managed to tame MidOne, but he still got a triple kill on his midlane Bounty Hunter at one point.

Fluff: ODPixel accidentally revealed the new OG lineup while casting. Apparently, n0tail has been coaching some celebrities to join his squad...

You can watch all matches on the official Twitch channel of WePlay! Esports.