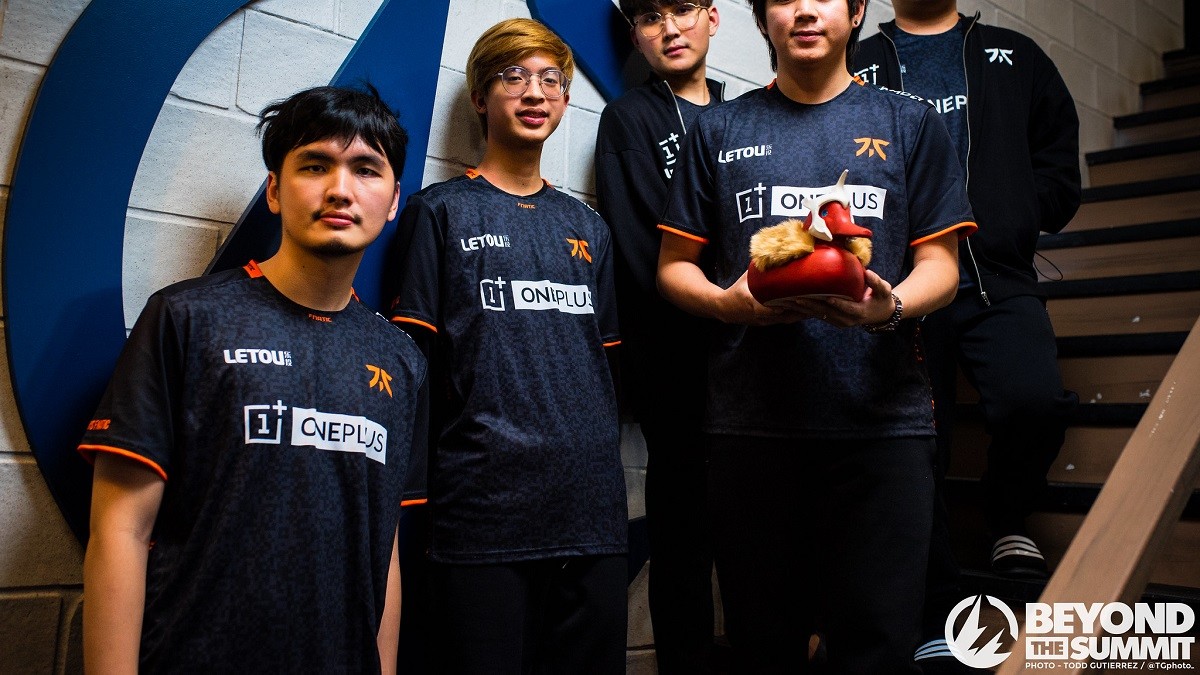 posted by Smyke,
Beyond the Summit held an online competition for Americas and South-East Asia. Fnatic was almost invincible in SEA, while Evil Geniuses came close to losing their throne.
ADVERTISING:
Seven victories in the group stage and three convincing performances in the playoffs made Fnatic champions of BTS Pro Series - SEA. Fnatic won all best-of-three's, beating every team competing in the tournament. In fact, it's even more impressive if you look at the statistics for the games and not only series: 21 victories and only four games lost.


Every game another Fnatic MVP

It doesn't come by surprise that even the Grand Finals was a stomp: TNC Predator made it into the Grand Finals after defeating Geek Fam in the decider match 2-0. Against Fnatic, however, TNC didn't stand a chance and lost 3-0.

Game 1 took only about 22 minutes and TNC only got three kills, while Kam 'Moonn' Boon Seng was destroying his opponents on a Batrider pick with seven kills. In the second game Neungnara '23savage' Teeramahanon displayed an absolutely beast-like performance: with PA he killed his opponents 15 times and didn't die once - he single-handedly took out TNC's offense and defense.

We are the entertainers.

We are the kings of Southeast Asia.

We are your BTS Pro Series SEA Champions. pic.twitter.com/athgGwccau

In the last game of this series Djardel 'DJ' Mampusti proved once more why he's considered the best position four support in South-East Asia: His Elder Titan was all over TNC and didn't just slow down their game, but actually destroyed it with eight kills and twelve assists. Fnatic obliterated their opponents in the SEA region in the most dominant fashion.

It's a surprise to see Evil Geniuses winning

We are the entertainers.

We are the kings of Southeast Asia.

We are your BTS Pro Series SEA Champions. pic.twitter.com/athgGwccau

If you didn't follow the competition seeing EG on top woudln't be too much out of the ordinary, since they're the best team in their region. However, for most of the tournament it looked like Quincy Crew could come out on top. Yawar 'YawaR' Hassan and his team-mates had a phenomenal group stage - not losing a single series.

Also, they kept on winning in the playoffs: business associates and Evil Geniuses both lost two games against Quincy Crew. EG with Sam 'Bulba' Sosale and Eric 'Ryoya' Dong instead of Abed 'Abed' Yusop and Roman 'RAMZEs' Kushnarev dropped in the Lower Bracket and won against Thunder Predator 2-1.

However, it is worth mentioning that the Peruvians had an incredible playoff run. Thunder Predator beat business associates and CR4ZY to make it into the Lower Brackets Finals.