A tribute to ppd 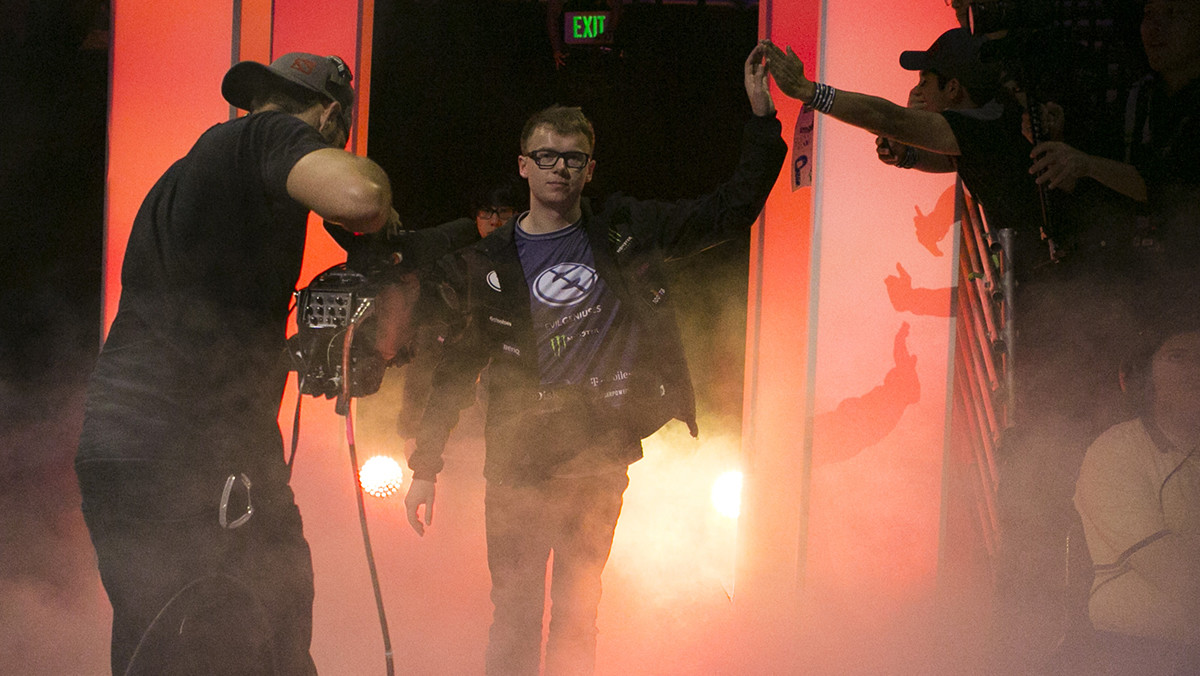 posted by NanaKrustofski,
Legendary captain and support player Peter 'ppd' Dager announced his retirement from professional Dota on Monday. Let's take a look at his career and pay the one and only Peter Pandam his tribute.
ADVERTISING:
Proplayer in HoN, Dota legend, SAD BOY, Evil Genius, commentator, analyst, CEO of EG, streamer: ppd's esports career lasted for over seven years. He managed to establish himself as one of the most important figures in North American Dota and as one of the most successful captains. While he most recently played for Ninjas in Pyjamas, he had several stops at different teams before

The King of The International 2015

ppd has been a professional Dota player for seven years and throughout his career, he almost exclusively played the support role in competitive matches. His knowledge of the game exceeds the pool of support heroes: He has been praised as best drafter in the entire scene for years. Of course, the throne as number one drafter is highly contested at all times. However, Peter can look back at a history full of adventurous drafts, insightful draft analyses, outstanding plays and as a result, a long list of successes.

Highlight of his career: His incredible performance together with Evil Geniuses. Under ppd's guidance, the team exceeded expectations ever since they played together as S A D B O Y S* and continued to skyrocket at tournaments. While EG barely missed their first Aegis at TI4 and finished third, ppd further improved his strategies in the following year.

The International 2015 is the biggest success in ppd's career. EG dominated the group stage and eventually fought their way through the playoffs, peaking in the Grand Finals against CDEC Gaming. EG lost against the Chinese team in an earlier stage of the tournament, but ppd was prepared for their second encounter. He figured out how to outdraft CDEC and with a 3-1 victory, EG claimed the Aegis and over $6 million prize money.


The King of Drafting

Many people consider ppd's draft to be the key to EG's success. He has been known for his strategies since his days in HoN and continuously convinced with his innovative Dota drafts that focused on outplaying the enemy and enabling his team-mates to exceed on their best heroes.

EG continued their dominant performance in 2016. They climbed to the podium at two Majors and finished The International 2016 with an outstanding third place. After TI6, ppd decided to retire from the competitive scene for the first time and became CEO of Evil Geniuses.

He could not refrain from competing and returned to the professional scene in 2017. Since his comeback, he played for several teams, most recently for the European Ninjas in Pyjamas


The King of Salt

ppd is not only known for his success as a player, but also for his incredibly open and honest opinion on the Dota scene. Many people consider the King of Salt to be too harsh at times, but he often addresses the elephant in the room. He is not too shy to give negative feedback, which has led to improvements. We hope that he will continue his sharp and analytical commentary in the Dota scene and if you are not familiar with the genius drafter and Salt King yet, make sure to check out some of the highlights of his career.

ppd owns and then dies

A genius drafter and master of irony

ppd denies himself with Bane

Moments of brilliance with the one and only Peter Pandam

We wish ppd the best of luck in his future career!