Comeback after a break: When players cannot let loose of Dota 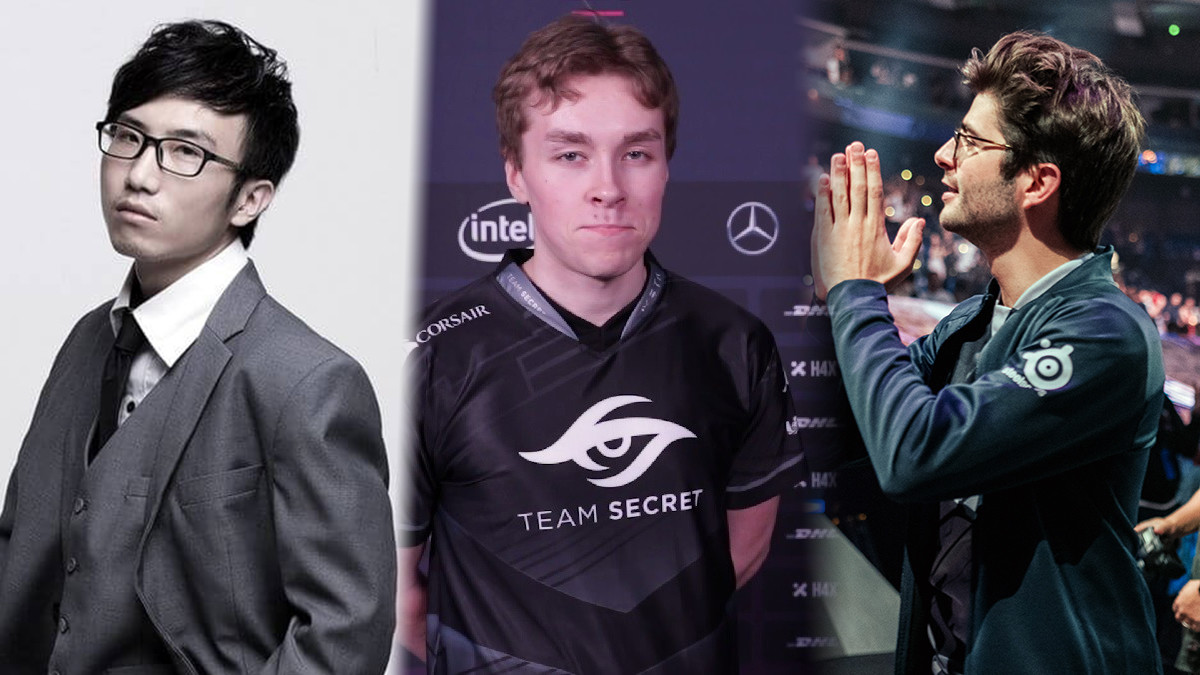 posted by NanaKrustofski,
Dota 2 and taking a break from the game – two things that don't really go well together. Several pro players stepped down from competing, but not all of them stay away from the main stage forever. Let's take a look at three players who took a break from the game or even retired, their comeback and their success story.
ADVERTISING:

Ceb: The most successful comeback in esports?

Coach or player, Sebastien 'Ceb' Debs has the magic touch for excellent results. With two The International wins in a row, Ceb currently is one of the biggest names in esport. But while the name CEEEEEEEEEB only started to resound in the general esports world after winning the world championship, he has been well-known in the Dota scene for years.

Since starting his career in 2011, the French player formerly known as 7ckngMad played for a plethora of different teams. He had his first TI run in 2012 where his team Mortal Teamwork* made it to the 13th place.

He continued his pro path on various lesser-known teams but could not achieve any outstanding results. During these times, Ceb still remained popular in the scene. He was already known for publishing analytical pieces on his blog and also started to share his knowledge as analyst at several events.

Despite really tough personal schedule, Volvo fixed it all! Ill be one of ur TI4 analysts for the main event! #YEAYYY pic.twitter.com/OtGDzBnyJt


He continued to switch teams several times per year and a ray of hope appeared when joining Alliance in 2015. The team started to achieve solid results, but quickly lost momentum and Ceb once again left.

In 2016, he stepped down as an active player and took over the coaching position for OG – and the legendary success story of the team took its course. Under his guidance, OG skyrocketed to the top at several tournaments: the team claimed the trophies at The Manila Major, ESL One Frankfurt 2016, The Boston Major, The Kiev Major and MDL Macau.

However, the real breakthrough for the team and for Ceb himself occured when he decided to return as a professional player. Their groundbreaking back-to-back victory at The International 2018 and 2019 can be considered as biggest achievement in Dota history. With Ceb's insane performance, probably no other player in any esports discipline has had a comeback this successful.


zai: A break to finish school

Dota is important, but education even more so: Despite having established himself as a star player, Ludwig 'zai' Wåhlberg left the competitive scene in 2015 to focus on finishing high school. With a high school principle for a father, the family highly values education.

zai already claimed tournament victories in Heroes of Newerth at only 14 years old and had a quick and successful transition to competitive Dota in 2013. By the time he left Team Secret after The International 2015 to go inactive and finish school, he was still only 18 years old.

While graduating from school is usually considered the right choice, people doubted zai's decision to leave the pro Dota scene. Being absent from tournaments and not competing for a year would ruin his Dota career, a comeback would not be possible, some voices claimed.

zai quickly proved all critics wrong and came back stronger than ever before. After finishing his exams, he proceeded his Dota career with a third place result at The International 2016. In 2018, he re-joined Secret and the organisation has consistently counted as one of the world's top teams.

Secret led the previous DPC ranking and together with zai, they claimed the The Chongqing Major, MDL Disneyland Paris Major and DreamLeague Season 13: The Leipzig Major.

A huge portion of Secret's status can be contributed to zai. He is currently seen as one of the best offlaners on the globe and continuously delivers outstanding performances and incredible plays. The Swedish player is therefore the perfect example that it is possible to accommodate a number of things if you are diligent enough.


SanSheng: When your passion won't let you go

"I am Newbee.SanSheng, and my name is engraved on the Aegis." TI-winner Wang 'SanSheng' Zhaohui's Dota career had many stops and changes of direction. He started playing professionally during the old DotA times and later joined Newbee in 2014. The highlight of his time as an active player: claiming the Aegis with Newbee at The International 2014 by defeating Vici Gaming 3-1 in the Grand Finals.

The now 30-year old support player did not have the easiest path to become a pro. As he revealed in an interview after his TI victory in 2014, his family lived in rather poor conditions in a shabby old business building. SanSheng eventually fell in love with playing video games and devoted his entire time to playing in an internet cafe, even skipping school.

He displayed an incredibly seriousness and focus to the game and started to become idolised by other people who witnessed him playing. The beginnings of his pro career where rocky. Sometimes he had to ask other players for food and once he had to carry a cotton waggon to a tournament, since no one organised a place for him to stay. By winning TI4, financial relief came and SanSheng went on to buy a house for his mother, as well as a car for his sister.

The following years were a rollercoast, taking several different turns. SanSheng eventually got benched by Newbee and then retired from his position as a player to take over the role as Newbee's coach. He later ventured into the profession as an analyst and commentator, then made a comeback as a coach and in March 2019. He finally made a comeback as a player – only to retire one month later. His second retirement didn't last too long and he quickly joined Old Boys.

SanSheng's last competitive match was nine months ago in the Chinese TI9 qualifiers. With his back-and-forth history, there is still the chance that we will see him play on the main stage again one day.