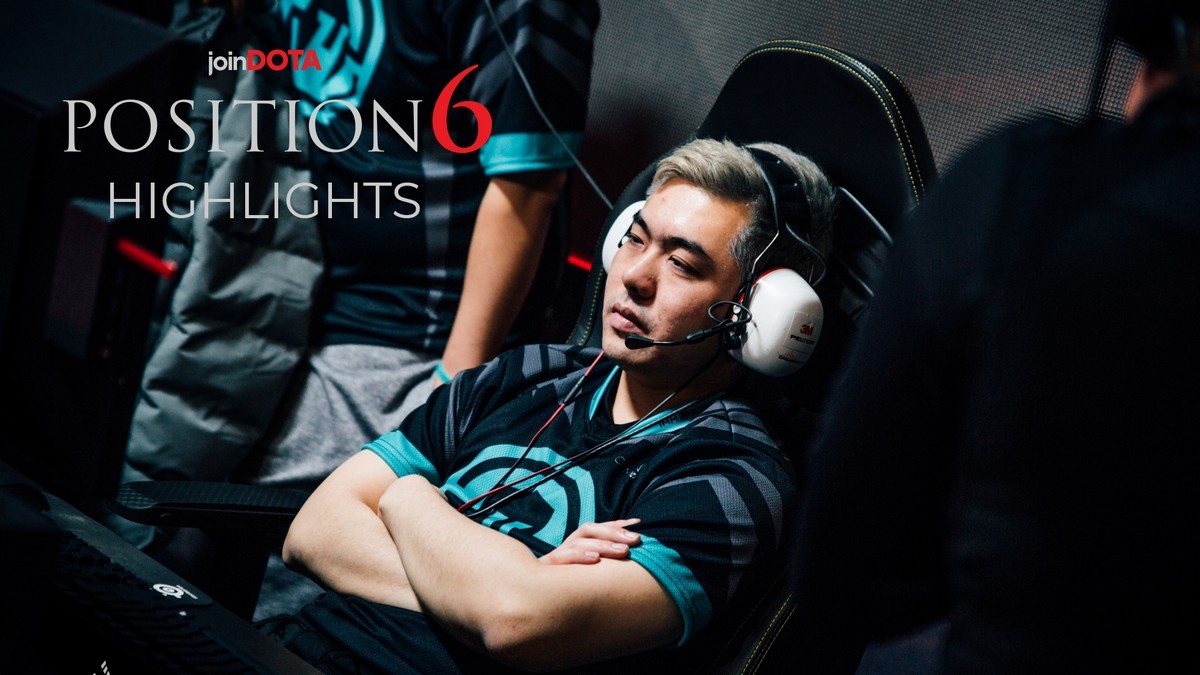 posted by Brasozial,
We're taking a look at last week's Position 6 with Eric 'Ryoya' Dong. This is an article about the interview Dan Offen had with the North American midlaner.
ADVERTISING:
Ryoya started his professional Dota 2 career in 2014. Since then he joined several teams from nearly all regions. His most recent official team was Geek Fam from Southeast Asia.

Originally a player from North America, Ryoya currently plays for Evil Geniuses as stand-in for their midlaner Abed 'Abed' Yusop. The new temporary squad proved to be successful: Ryoya and his team-mates made it to the top at WeSave! Charity Play NA as well as at the North American ESL One Los Angeles 2020 Online.

"It's kind of like, they already know what I want to do."

Although Ryoya played for many NA teams, he didn't have the chance to play alongside the best of his region before. However, he doesn't really feel pressured on Evil Geniuses, thanks to his new team-mates: "They're all really high-skilled players. I can just focus on my own games." The mid-laner also states that it was "eye-opening" when he first joined the North American squad.

Should people talk to each other differently in pubs? @danieloffen talks to @RyoyaDota about playing in the NA scene and shares his experience of standing in with @EvilGeniuses! Watch live now: https://t.co/PoQJo7ykYk pic.twitter.com/q3ddTdiYpC

The EG players are the most highly-skilled players he's played with yet and it makes a huge difference for him in-game: "I can just think about my own game and anything I want to do, I don't really need to ask for. It's kind of like, they already know what I want to do."

Especially, Andreas 'Cr1t-' Nielsen seems to have got the admiration of Ryoya: "Cr1t- is definitely amazing. He's probably the best position 4 I've played with. The way he looks at the game and the amount of times he asked me to go for a kill that I don't even expect work... He's actually just amazing."

Ryoya on the stability of the NA region

As an NA veteran Dan Offen also asks Ryoya about his take on his region and why except for EG most teams aren't really on the same level as the top contender. The midlaner sees the main issue in the lack of stability of most teams competing in NA:

"I think teams like EG have a bit more stability than others. I think if there would be a team in NA that formed at the beginning of the season and they'd play with the same roster up until the end. I think they could probably reach EG's level. I don't know if they would be better, but they could at least be competitive with them in most situations."

In his opinion, "the lack of sponsors" is a huge problem for the NA scene and its stability, but also the "impatience" is a second factor of NA's. Most teams have players who are able to play on the top level, but are impatient to implement younger members in their squad that need more time: "You want to play with people, who you can basically talk Dota with on the same level. A lot of the times, there are imbalances in players - especially in the Tier 2-3 scene."

If you want to get to know more about Ryoya, his take on the NA scene and how is experiences are at Evil Geniuses right now, don't forget to listen to the full episode.