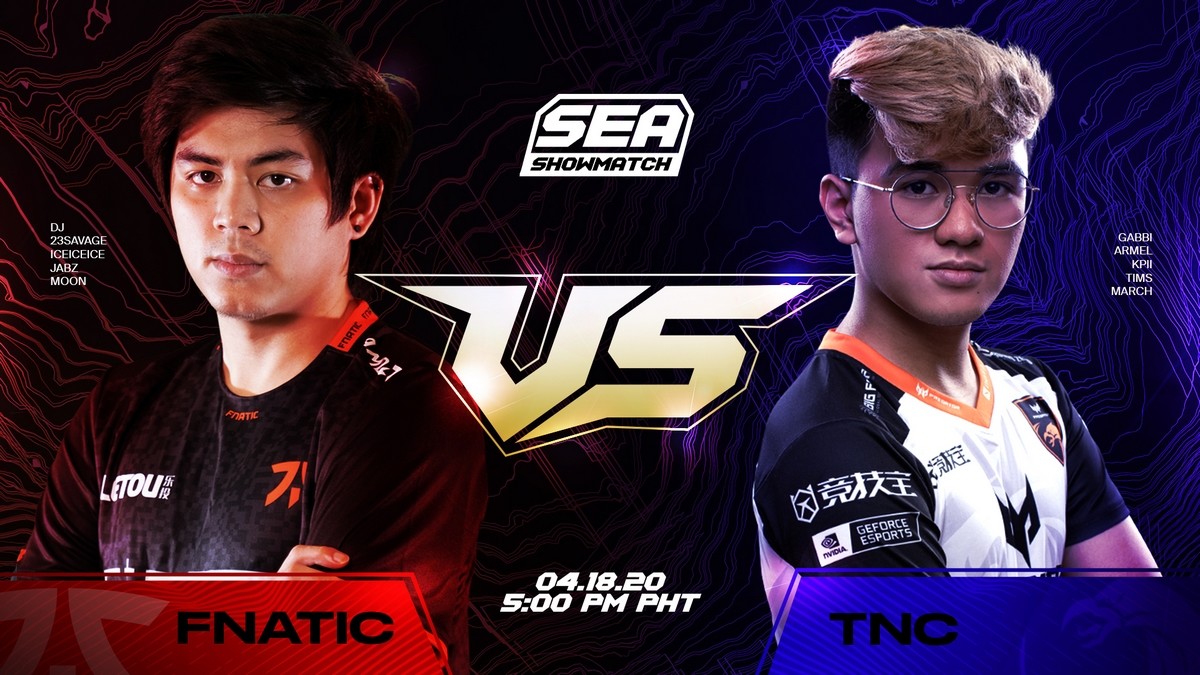 posted by NanaKrustofski,
Southeast Asian teams entertained their fans with a firework of memes and fights throughout the last days. The pinnacle of this meme war: TNC Predator and Fnatic join forces to organise a special charity showmatch.
ADVERTISING:
SEA "rivals" TNC and Fnatic battled each other on social media over the past days, dragging in other SEA teams and bringing all their meme potential on the table. The battle peaked in an announcement of a showdown between the two brawlers. TNC and Fnatic will fight each other in a best-of-five SEA showmatch on 18 April – for a good cause.

The two teams are keen to entertain the community during the difficult times caused by the coronavirus pandemic. On top of the showmatches' entertainment purpose, it also serves as a charity event. All revenue from the event will be donated to the COVID-19 Solidarity Response Fund by the World Health Organization.

And it all comes down to this. We are proud and excited to announce the TNC Predator x Fnatic Showmatch for a cause! ♥️ pic.twitter.com/i3LPwMm8SL

After Fnatic won the SEA ESL One Los Angeles 2020 Online, one of their facebook posts sparked a meme-fire: The team was sad that TNC did not participate, TNC clapped back and told Fnatic to win a Major first. Upon that, Fnatic broke up with TNC and declared that Geek Fam was their new best friend.

More and more teams got dragged into the show-beef, the quarrel spiraled into an avalanche of memes and thousands of fans cheered for their favourite teams in the comments. TNC saw only one way to settle the fight: with an old-fashioned Dota match.

Not an SEA exclusive event

The event will be covered by Filipino Dota personalities, but English-speaking fans will be able to enjoy the showmatch as well. Treephob 'Xyclopz' Tiangtrong will cast the event in English.

You can follow TNC's and Fnatic's social media channels for any upcoming information on the event.

We're not done yet.

We got you guys an awesome #Pinoy caster lineup for the TNC Predator x Fnatic SEA Showmatch. Get ready for an action-packed play-by-play commentary, banters, and of course, memes! Save the date: April 18. 💯 #StrongerTogether#TNCxFnatic pic.twitter.com/wYvjwiPdIY

Who are you rooting for: TNC or Fnatic?