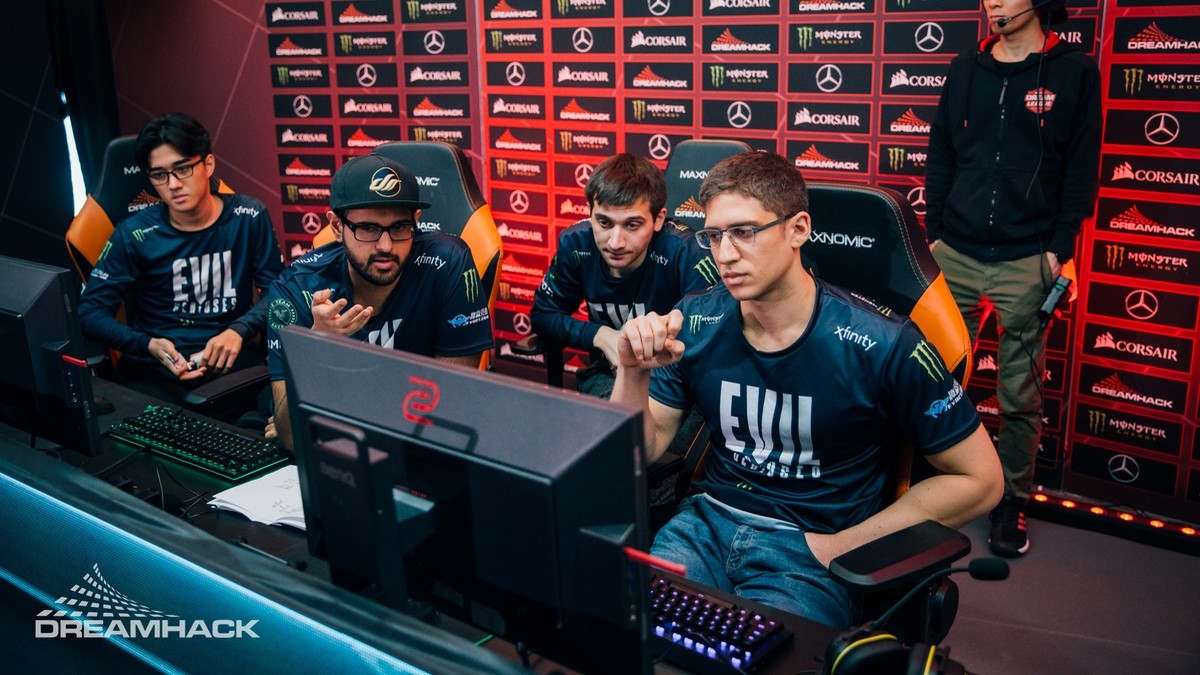 posted by NanaKrustofski,
Dota action is currently happening in four regions at once: The ESL One Los Angeles 2020 Online is in full swing and teams are slowly making their way to the Grand Finals. Get ready for when your favourite team will be playing for the trophy and take a look at the current standings.
ADVERTISING:

Chaos Esports Club had to release their squad surrounding Yawar 'YawaR' Hassan recently due to financial issues arising from the current cancellation of events. Now, the teams plays under their old name Quincy Crew again.

The change has so far brought no negative consequences to their gameplay: Quincy Crew are on top of the NA region and successfully made it into the Grand Finals. They will have to face either Evil Geniuses or CR4ZY.

EG already displayed some creative strategies: In their series against business associates, they simply went into ba's base and destroyed the Ancient in a few seconds.


China: Royal Never Give Up really don't give up

Royal Never Give Up lead the group stage with ten victories to only two losses. Next, they will have to face EHOME in the Winners' Round 1.

Surprisingly, Vici Gaming had quite a rough start and nearly got eliminated in the group stage. Their last chance to survive is their upcoming series against Newbee. They earlier lost 2-0 to Newbee, so chances of recovery are currently not looking too great.

NoPing Esports are currently dominating the SA scene. The Brazilian team won six maps in the group stage. They advance to the Grand Finals undefeated.

Their opponent will be the winner of beastcoast versus FURIA Esports.

Thunder Predator already got eliminated, despite having high hopes on them after their strong run at the qualifiers. The team also provided a peculiar play against Furia, where Alonso 'kotaro' Leon Arango waived his chance to get a double Divine Rapier by killing the enemy Phoenix and simply wandered off to get some Runes.

SEA already has its finalists: Adroit and Fnatic. When the two teams met earlier in the group stage, Adroit took the series 2-1.

The Grand Finals will be played in a best-of-five and can be watched here.