Will s4 come back to Alliance? 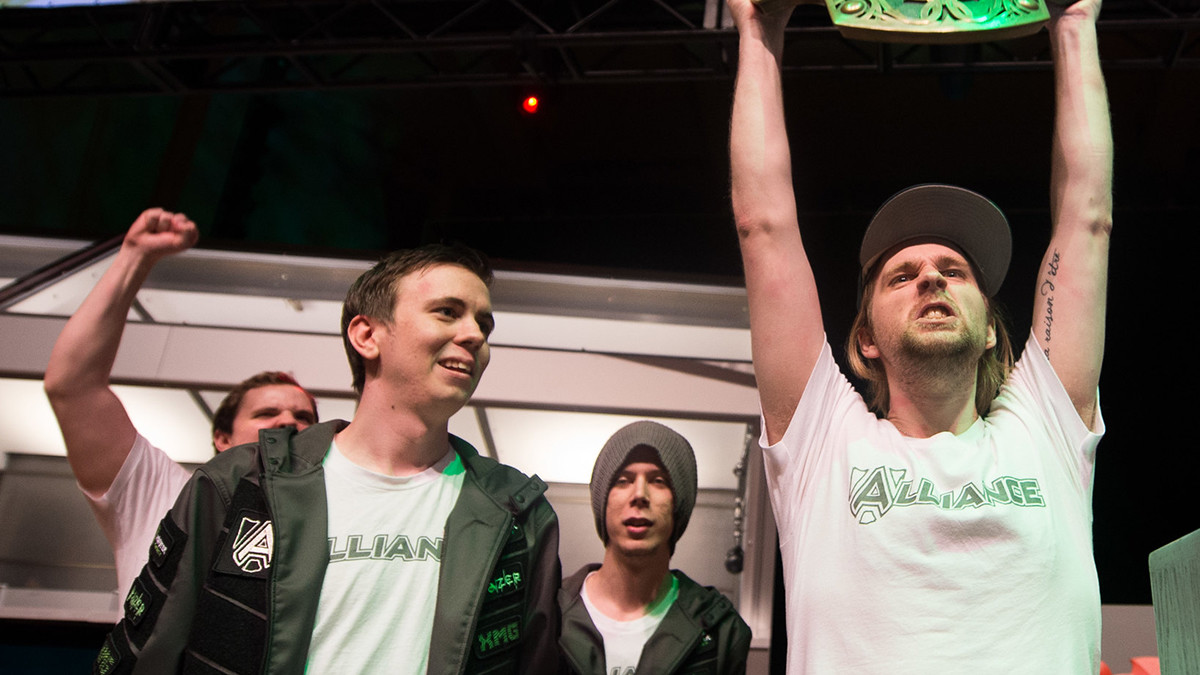 posted by SmittyW.,
Alliance have announced the departure of both Adrian 'Fata' Trinks and Neta '33' Shapira. This opens up the way for some very appealing new signings – including a comeback of Gustav 's4' Magnusson.
ADVERTISING:
With the departure of Fata- and 33, Alliance are currently without position 3 and 5 players. There are some strong pros in the scene who would fit Alliance's profile quite well and could pose viable options for the fan favourites. Here are our guesses:

s4 is one of the world's best offlaners and currently without a team. After Evil Geniuses overhauled their roster post The International 2019, s4 has been without an organisation and went officially inactive.

Alliance would be the perfect team to stage a comeback for the Swede. He was part of the legendary Alliance squad that won The International 2013. s4 also had some notable results when he returned for one year in 2015. A position 3 player of his caliber is just what Alliance need to rise to the top of the Dota elite again – despite they've already been a force to be reckoned with over the past months.

Speaking of legends returning: As [A] have parted ways with their position 5, Fata-, the squad is now without a head. Jonathan 'Loda' Berg would be an excellent choice as a captain, since he's got so much experience leading the team as a coach.

TI3 Champions Alliance are back in Seattle #TI6 pic.twitter.com/pygqpAFTP2

This move wouldn't be without precedent. Sebastien 'Ceb' Debs moved to the coaching position for some time as well, before he made his return as in active player at OG. And we all know how that turned out.

pieliedie and MISERY back to Europe?

This might be a little for more far-fetched and unlikely, but Johan 'pieliedie' Åström and Rasmus 'MiSeRy' Fillipsen entering Alliance wouldn't be too surprising.

Currently, the two Europeans are contracted by Cloud9, however, as the team competes in America, their ping could pose an issue. As a result, they may look for a European team again if they should not be able to play the online DPC due to high pings.

Due to the pandemic, Chaos Esports Club released their players on 25 March. With Malthe 'Biver' Winther, there is one Danish player who could be an option for Alliance.

As yet, he is still with Avery 'SVG' Silverman and his other team-mates to compete under Quincy Crew's banner. However, playing on Alliance may be a once in a life-time opportunity to play in the most competitive region and grow as a player. Not to mention the stable salary in these troubled times.

Michael 'ninjaboogie' Ross is another experienced icon when it comes to captaining teams. He left Mineski after TI9 and was to play as a standin for Adroit at the cancelled ESL One Los Angeles 2020.

Health concerns denied him his return to a big stage, so now he might be able to join another team. However, as he is mainly competing in SEA, ping could be one of the biggest deal breakers for him to be signed by the Swedes.

Okay, this player is more of a what-if-there-wasn't-corona option but here we go: Otávio 'tavo' Gabriel. The offlaner from Brazil is one of SA's most talented players and would be a nice addition to [A]. He's got a lot of experience and scored some notable results on paiN Gaming.

However, because of the huge distance, it's more likely that he's going to stay with NoPing Esports and bulldoze the Americas.