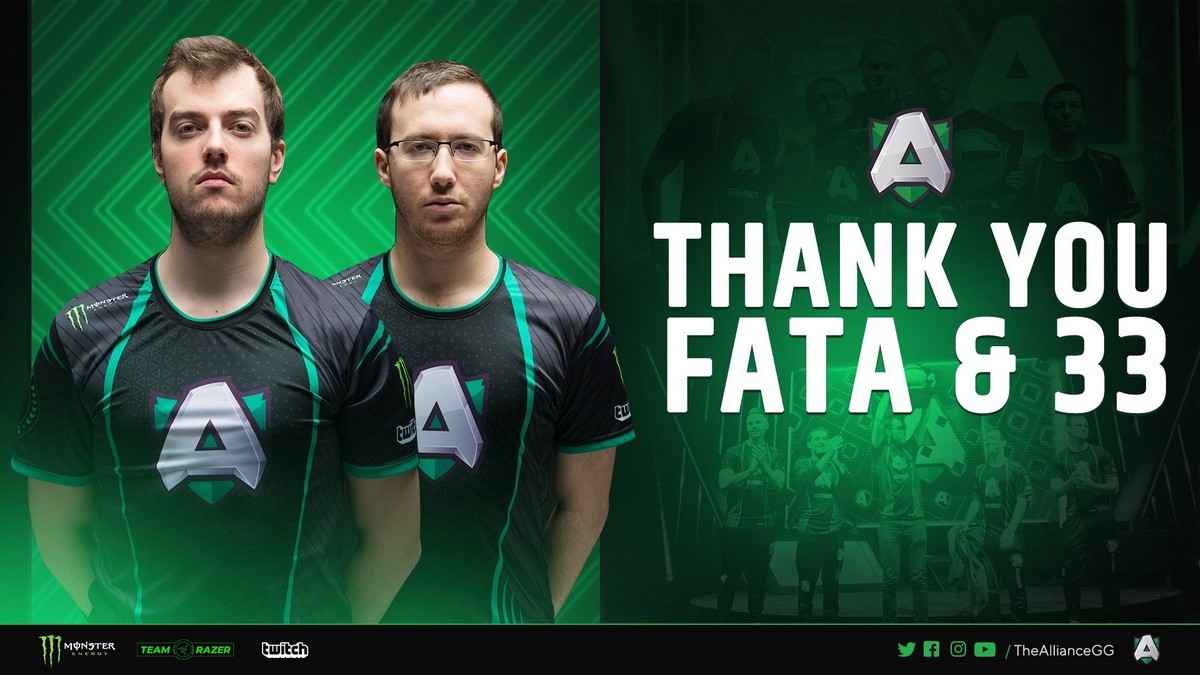 posted by NanaKrustofski,
Alliance kick their captain Adrian 'Fata' Trinks and offlaner Neta '33' Shapira – and it's not an early April Fool's joke.
ADVERTISING:
Despite Alliance's great performance and several good results during the past months, the multigaming organisation announced their decision to part ways with Fata- and 33 on Tuesday.

The roster change comes as a huge surprise for fans and the reasons behind their decision were not elaborated on in detail. On the official homepage, Alliance confirm that the team achieved great results indeed, but it would be time for a switch. The organisation hopes that with the changes, they can close the gap and make it to the absolute top.

These decisions are never fun to make but we feel like we need to switch things up to be able to grow further. Thank you to Fata and Neta and best of luck.

Apparently, Fata- and 33 were just as surprised by Alliance's decision. The German support player explained on TwitLonger, that he also felt "pretty disappointed", since they created the team together. He will take a break to reset and plans on rebuilding a team with 33 afterwards.

As news is out, quick comment: 33 and I were removed from Alliance. This came as quite a surprise to me and (cont) https://t.co/mIsStzO6UY

So far, there has been no information about who is going to replace the two players. Alliance already teased on their official homepage, that they will reveal the new additions soon. With the ESL One Los Angeles 2020 Online starting on 4 April for the European region, the announcement should follow in the next few days.

Who do you think will join Alliance?