Three WePlay! titles in a row! Nigma is the Charity Play champion 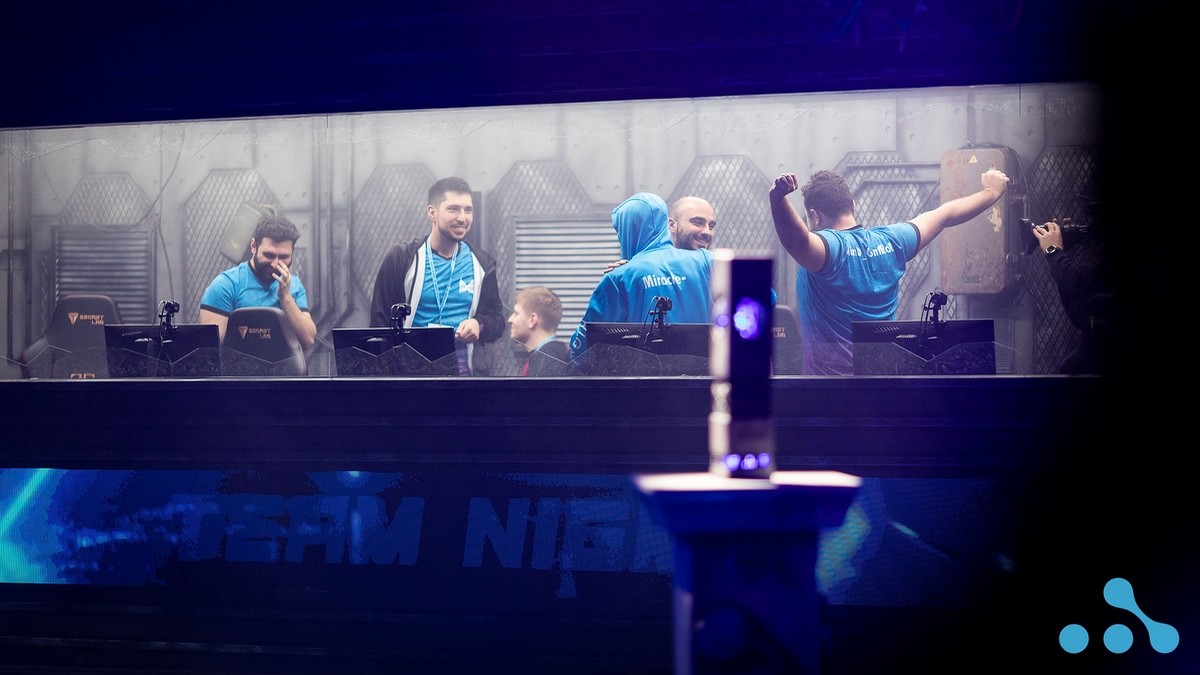 posted by NanaKrustofski,
Carry Dazzle, w33po and an unstoppable Riki: the EU versus CIS finals of the WeSave! Charity Play were all haywire. Nigma took their experimental strats to the next level and defeated HellRaisers in a close 3-2 series.
ADVERTISING:

The first match was a bloodbath: after 49 minutes, the kill score was 42-47. During these constant kills and deaths, Nigma managed to take the networth lead and eventually their first victory.

Arslan 'xannii' Shadzhanov had an amazing performance with Ember Spirit. He finished the match with a 19/5/22 scoreline and contributed to 41 of HellRaisers' 47 kills.

His opponent Amer 'Miracle-' Al-Barkawi was just nearly as deadly as him with his 17/5/14 Phantom Assassin. Nigma's carry showed no mercy to the enemy support and finished Yaroslav 'Miposhka' Naidenov with a quick Dagger-oneshot.

Nigma managed to get a 13k networth lead at one point. But in one giant team fight, Miracle lost his Divine Rapier and with several kills on HR's hands, the networth suddenly took a massive swing. However, their newly acquired Rapier and gold were not enough for the victory and Nigma established a 1-0 lead.

The second match was less wild and ended in a clean victory for HR who took the series to a 1-1.

MVP of the match: Aleksandr 'Nixjkee' Levin on Riki. He achieved a marvellous 20/0/10 kill score and backstabbed his team to victory.

While Nix carried the previous match solo, HellRaisers won game three thanks to their strong team fighting. After 38 minutes, they took the 2-1 lead in the series.

xannii reached another high KDA with his 20/1/7 Queen of Pain and outfarmed everyone. Nigma had no chance against the combination of Mars' Arena, Qop's Sonic Wave, MK's Wukong's Command and all five players of HR constantly attacking them.


Game four: w33po to the rescue

When in doubt, pick Meepo for Omar 'w33haa' Aliwi: while HellRaisers made sure to ban the Geomancer in previous matches, Nigma could now use their joker card – and quickly succeeded. After only 22 minutes in game four, they emerged victorious and took the series to a fifth game.

The 15/0/3 Meepo in the fourth game crushed HR and left them no air to breathe. Vladimir 'RodjER' Nikogosyan made a strong initiation into the Rosh Pit to try to turn things around, but the Meepos and Miracle's carry Dazzle were simply too strong.

Both teams were pretty confident in their drafts from the previous match and each of them only changed one hero. Nigma went for Morphling instead of Meepo, HR took Elder Titan instead of Weaver. They also switched who was playing which hero and a previous carry Dazzle became w33's mid Dazzle.

Maroun 'Gh' Merhej once again proved his god status and displayed a nice juke on Tusk in the early game.

The final match was rather even, but in the end, Nigma claimed their third victory in the series and therefore their third title in WePlay!'s tournaments.

GG @HELLRAISERSgg. We had so much fun participating in this tournament and we’re sending all our love to our fans and everyone who watched and donated to help this cause💜💙