More tournaments are coming: ESL events to be played out online 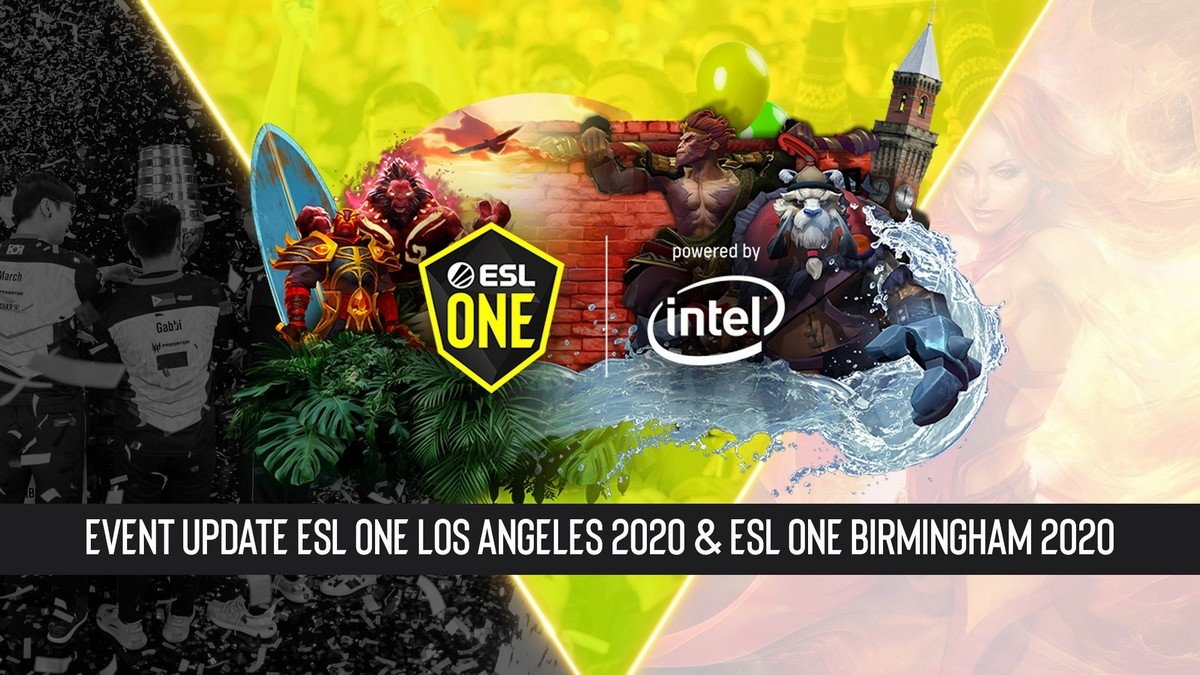 posted by NanaKrustofski,
Tournament organiser ESL announced on Wednesday that the upcoming ESL One Birmingham 2020 as well as the DPC-Major ESL One Los Angeles 2020 will not be cancelled. The events will be played online instead of and undergo several format changes.
ADVERTISING:
"The show must and will go on," says ESL on their official homepage. In coordination with Valve, ESL decided to transfer all LANs into online tournaments.

Important update to both #ESLOne Los Angeles 2020 and Birmingham 2020:

Both tournaments will now be held and broadcasted online with significant changes to the tournament format.

The ESL One Los Angeles 2020 already kicks off 28 March. Since all participants are spread across the globe, the format had to be adjusted and got split into five regional online leagues. The prize pools for the EU/CIS regions have been increased which leads to a total $375,000 for the tournament. The two regions are being organised in cooperation with Maincast. The format for all regions got changed to a round-robin groupstage and different playoffs.

Invites for ESL One Los Angeles online will be based on the originally qualified teams for the Major, Minor and the ESL World rankings, as their official press release states. This also includes OG, Team Secret and Evil Geniuses.

ESL One Birmingham played in leagues as well

Similar to the LA Major, the non-DPC event ESL One Birmingham features regional online leagues as well which take place from May to June. The total prize money has been adjusted to $335,000, split across all regions. Invites will be based on existing announced teams and the ESL world ranking. More information about the format will follow soon.

Esports in a unique position

Every industry is affected by the still unfamiliar circumstances the virus causes. Businesses, events and public activitites around the globe have come to a standstill. However, esports are in a unique position, as Ulrich Schulze, managing director of pro gaming at ESL, explains :

Postponing or hosting our tournaments online is the best, and more importantly, safest decision for everybody involved while still keeping the core of esports alive. Because esports are global and inherently digital, we are uniquely positioned to continue to entertain everyone even when other things are on hold. We are pleased to be able to continue to deliver some quality Dota 2 content to the community.

With the upcoming Dota events, there is another pleasant way to spend time indoors. Stay safe, play some pubs and help flatten the curve.

If you already purchased tickets, ESL will give you a refund. You can find any additional information at the official homepage of ESL.