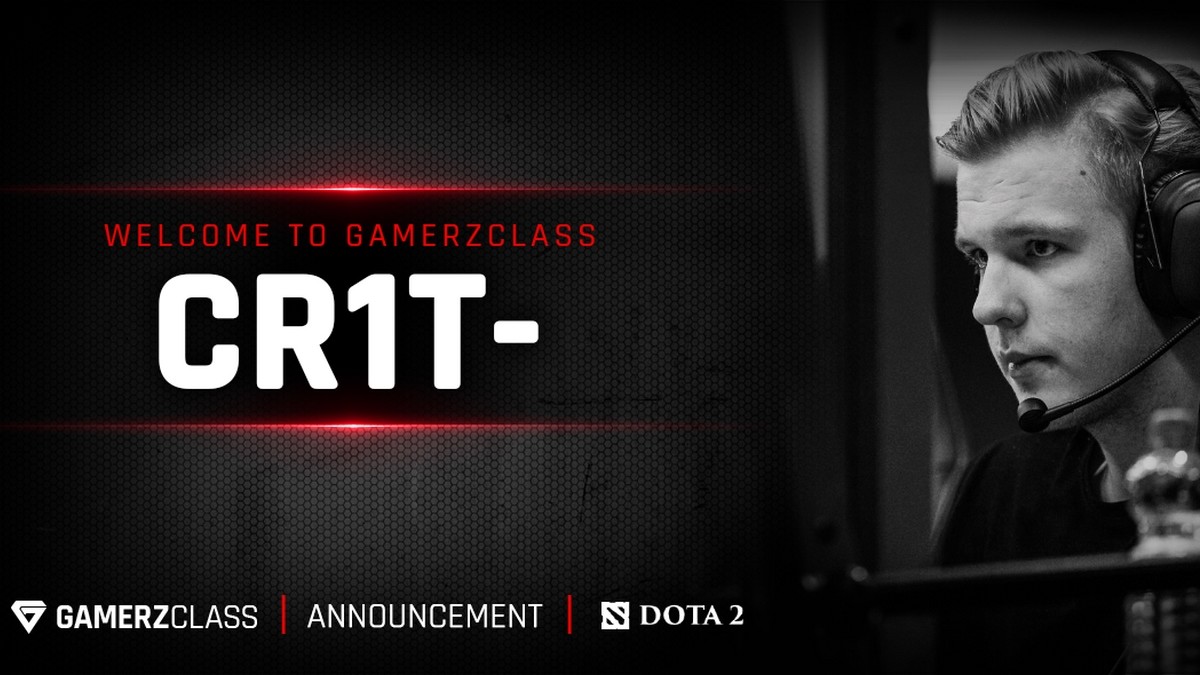 posted by joinDOTA Staff,
Learn Dota from the pro players: the new GamerzClass masterclass with Andreas 'Cr1t-' Nielsen offers you the most advanced course to help you play like one of the world's best supports.
ADVERTISING:
Note: This article is sponsored by GamerzClass.

GamerzClass partnered up with none other than Evil Geniuses's support mastermind Andreas 'Cr1t-' Nielsen. Their newest course teaches players on how to perfect their support gameplay under the guidance of the Danish genius.

Support players – how can you become a gamechanger?

There are many different strategies and styles when it comes to supporting. Some players prefer to take over the sacrificial role, some play safe, some play greedy. You can focus on map control or purely on supporting your carry. Your strength might be in spell-casting or in the right itemisation – the USPs are diverse.

However, especially in the realms of lower MMR, many players tend to think of supports as a rather unimportant role. Often, people want to only play core roles since they believe that the carry is the game winning factor. However, Cr1t- is a prime example of how a support can have the biggest impact and be the key figure in a match.

Cr1t- made himself a name for his unique playstyle where he regularly ends up as MVP of a match. While displaying a versatile hero pool, especially his mastery of Earth Spirit, Lion, Rubick, Elder Titan, and IO are highly regarded.

He is able to shut down enemies completely during the laning stage, holds his team together and leads them into game-winning team fights. The support has a pervading understanding of the game which enables him to read his opponents, be one step ahead, take control over the map, and land perfect initiations.


Why you should learn from the master of support

Cr1t- is one of the best-known professional players nd established himself as one of the most impressive supports, as well as a successful captain and drafter. His breakthrough occurred in 2015 when he joined monkeybusiness* which later was formed into OG.

The squad quickly rose to become a feared powerhouse and together with Cr1t-, OG claimed the trophy at The Frankfurt Major as well as at the The Manila Major. With their victory spree, OG became the first team to become back-to-back champions of Dota 2 tournaments sponsored by Valve.

In 2016, he joined the North American powerhouse Evil Geniuses. The team maintained their feared reputation and together with Cr1t-, they usually count as any tournament's favourite and play their way to the top three.

Cr1t- was crowned MVP at the Manila Major and in 2016, he was awarded the best-duo support by GosuGamers, together with Tal 'Fly' Aizik. But even if there is no official MVP voting at tournaments, Cr1t- often comes out on top of the most impactful players.


What can you learn from Cr1t-?

The GamerzClass course with Cr1t- explains every single phase of the game step by step and you will receive useful tips and tricks you can directly apply in your next pub games.

The class is suitable for every skill bracket and gives you in-depth knowledge about key mechanics and strategies a support player needs to master. There are 18 episodes available which adds up to over 3 hours of material. Each lesson covers a different topic, such as:

You can find more information on the class here and check out the descriptions of each episode. You can use code "JD10" to get $10 off your purchase.

GamerzClass is a Danish company that designs gaming masterclasses. Their offer is not limited to Dota but covers the biggest esports titles. Their goal is to help gamers unleash their maximum potential and guide them to another level of gameplay.

If you want to increase your theoretical gains even further, make sure to check out other classes from GamerzClass. Two-time world champion Johan 'BigDaddyN0tail' Sundstein is featured with his masterclass in Dota fundamentals that you can find here. Daryl Koh 'iceiceice' Pei Xiang will soon teach you about the off-lane role; you can find his masterclass here. Use code "JD10" to get $10 off from any of your purchases.