No tournament? Enjoy listening to a Dota podcast! 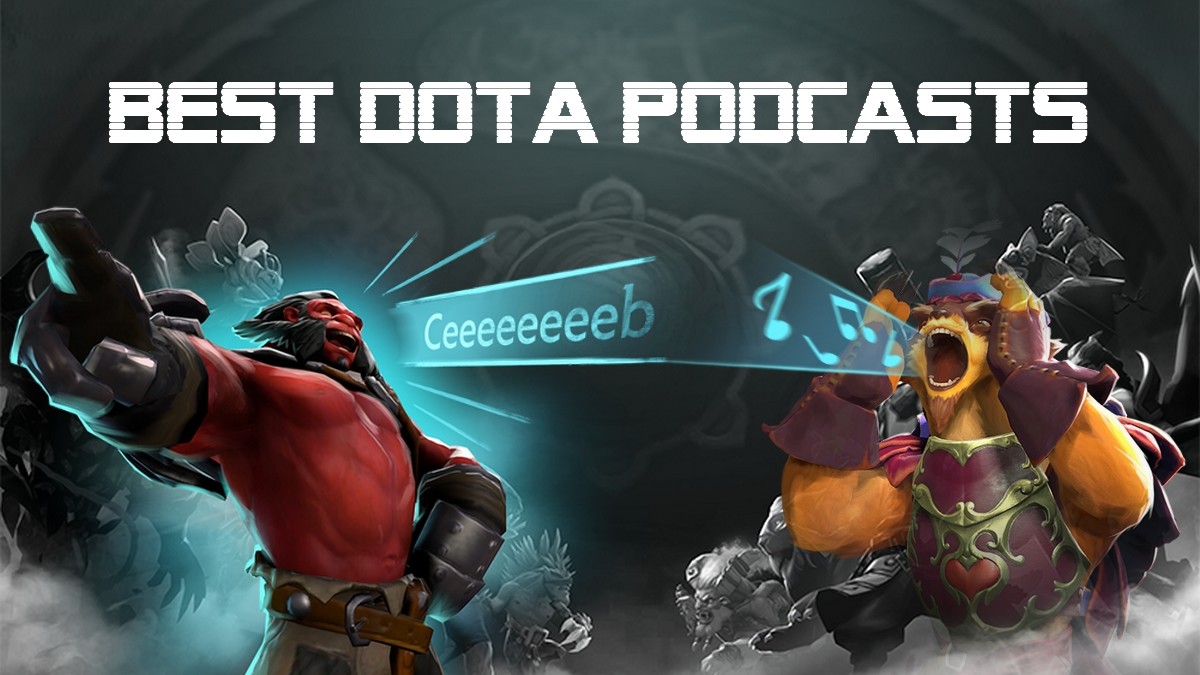 posted by NanaKrustofski,
With several Dota tournaments being cancelled, the scene lacks new content. Podcasts can bridge the lean period and give a different insight into the Dota scene.
ADVERTISING:
Gameplay, tournament coverage, match analysis, interviews with progamers or casters – podcasts provide a wide range of topics around Dota 2 and are produced and hosted in many different ways. We collected some of the most interesting formats for you to enjoy.

Every week, Troels 'syndereN' Nielsen and SUNSfan release a new episode of their podcast We Say Things. The two Dota personalities cover a broad range of topics around gaming, mostly focussed on Dota 2.

The Wombo Combo podcast is a project by BreakyCPK and Brian 'BananaSlamJamma' Canavan. Breaky made himself a name in the Heroes of Newerth scene but switched to Dota several years ago, working as a caster and commentator. He currently is also VP of Esports strategy for BitFryGames.

BSJ on the other hand initially rose to popularity as a pro player, then switched to streaming and casting. Together, the two cover topics in their podcast such as current events in the scene or analysis of matches.

Side Pull is a podcast hosted by Austin 'TheCapitalist' Walsh and Leafeator. Leaf has gained his reputation in the Dota community for several years and is currently working for Team Liquid as content producer.

Shared Tangos is the rebranded podcast by Zyori and Trent. With both hosts being active casters and commentators, Shared Tangos mostly addresses tournaments and qualifiers. StarLadder ImbaTV Dota 2 Minor #3 is the talking point of the most recent episode.

A pro player joins the ring of podcasts: Peter 'ppd' Dager. The captain of Ninjas in Pyjamas regularly produces Dota content and recently launched Last Word. So far, there are only two episodes available. The latest examines regional leagues and their advantagas and disadvantages.

Fourth Spirit is the first community podcast on this list and is packed with gameplay information. With series such as Theorycraft Thursday or Teach Me Tuesday, the hosts explain the current meta or give in-depth hero builds and strategies.

Their latest episode analyses topics such as the advantages of building Bloodthorn or Daedalus on Phantom Assassin, niche counters and a 3-Meepo strategy.

Another community podcast is We Like Dota. While Fourth Spirit includes very in-depth analyses, We Like Dota focuses on a more casual content. Apart from the casual coverage of current events and a hero of the week spotlight, the creators also deliver special content such as an interview with Johan 'BigDaddyN0tail' Sundstein.

Last but not least comes our own podcast: Position 6. Each week, Daniel Offen invites one guest from the world of competitive Dota. Conversational topics range from current events to the guest's career, past, future and their advice on how to make it in the scene.

The latest episode features Anucha 'Jabz' Jirawong, captain and support player for Fnatic and revolves around the South East Asian scene and his team.


What other podcast can you recommend?