New roster of CR4ZY completed their first matches at StarLadder 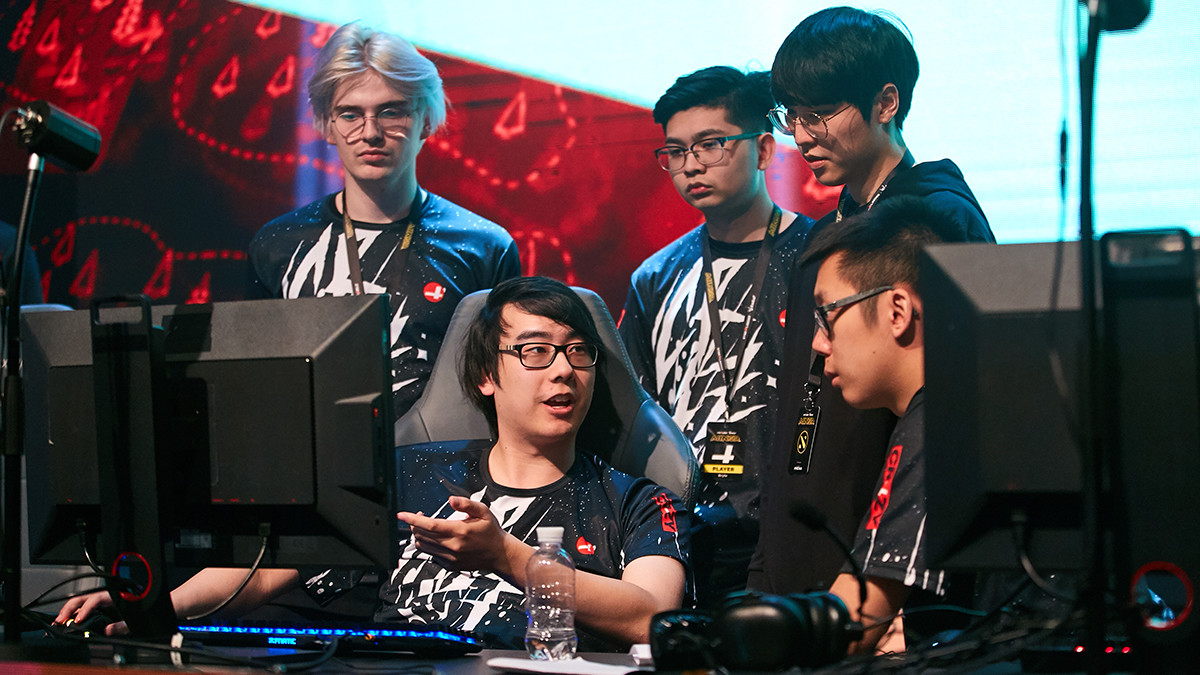 posted by Smyke,
Former Fighting PandaS underwent some roster changes shortly before StarLadder ImbaTV Dota 2 Minor #3. On top of their new players, they also got acquired by CR4ZY.
ADVERTISING:
Only eleven days before the Minor started, two players left the roster. They quickly had to adapt and added Maurice 'KheZu' Gutmann as an offlaner and Oliver 'oliver' Lepko as carry.

Despite their short time to practice with their newest addition, the team already won some games at the Minor.

Game one: A Rapier does not always bring victory

In their first match, CR4ZY took on Gambit Esports. The CIS team dominated them 2-0, giving the ex-Pandas a rough start into the tournament. However, Gambit are already a well-practised team and a force to be reckoned with.

The first match was a clear victory for Gambit finishing with a 24-8 kill score. Kyal 'dream'-' Tayirov's Arc Warden became too much of a problem for CR4ZY to handle.

The second match was slightly more balanced, but Gambit still did not leave CR4ZY many chances. With a 28-11 kill score, they closed out the series 2-0.

dream once again took home most of the kills with his Naga Siren (10/2/8). Danial 'XSvamp1Re' Alibaev had an oustanding match with Grimstroke and contributed to 21 kills.

CR4ZY still proved they were able to win fights against Gambit. However, Skiter's double kill on Slark was not enough to turn the match around and the team lost their second match.

Game one: One loss away from elimination

With their defeat, CR4ZY had to take on the loser's match against NoPing Esports next. After three games, CR4ZY defeat the Brazilian team 2-1.

CR4ZY's losing spree continued in the first match where they completely got stomped. With a 23-4 kill score, noPing took the game after only 25 minutes.

Jonathan Bryle 'Bryle' Santos De Guia' Storm Spirit did not have any impact, finishing the match 0/3/3. Skiter was not much stronger and ended the game with a 2/2/2 Lifestealer.

One last fight sealed the fate of CR4ZY. It took them too long to kill off Otávio 'tavo' Gabriel's Beastmaster and they fell to his hands and Matheus 'KJ' Diniz's Lich.

With their third loss in a row, only one loss separated them from being eliminated from the Minor.

CR4ZY focused their strength, stepped up their game and finally achieved their first victory in match two. Especially Bryle hat an oustanding performane with his 20/2/10 Ember Spirit. He dealt six times more damage than the enemy carry and often targeted Tavo's Beastmaster.

KJ who previously had a strong Lich match completely fell off this time. His Batrider died six times in only seven minutes and finished with 0/11/6.

Skiter on the other hand successfuly played Abaddon as carry. Since Bryle went for Desolator first, the team could quickly take Roshan, let Abaddon farm for Radiance and could scale their pressure.

The third games was another victory for CR4ZY who finished the series 2-1.

Bryle once again accelerated his gameplay and delivered a flawless Templar Assassin. Skiter exceeded with Razor. But the true MVP of the match was Kurtis 'Aui_2000' Ling who delivered the top play. His Oracle turned a tower dive around and made an impressive triple kill.

CR4ZY will take on Alliance in the next round. The winner advances to the playoffs, the loser gets eliminated from the Minor.