To blink or not to blink: a guide for Centaur Warrunner in 7.24 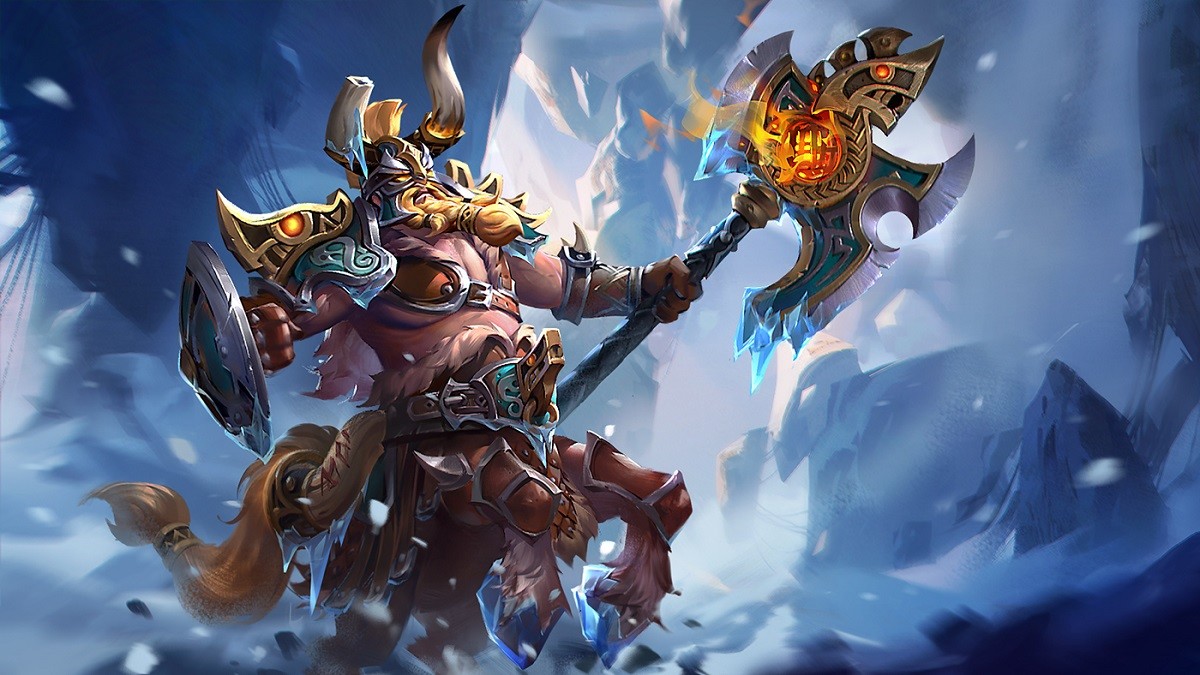 posted by Liightsdota,
After receiving a buff to his Retaliate Aura’s return damage in patch 7.23, Centaur has been seeing some success in both the pro and public scene. Today we take a closer look at this hidden gem of the current meta, and how to get the most out of him in every game.
ADVERTISING:

Given the usual picking order of pubs, you’ll usually be picking your Offlane Centaur blind into the opponent’s matchup. Centaur does fantastically against a huge variety of opponents, however even strong counterpicks can be dealt with when the lane is handled correctly.

Regardless of the matchup, it is always important to invest heavily in early game regen on the hero, and ferrying additional salves through the laning phase will pay for themselves in the kills and creeps they secure.

Centaur has the strength of an incredibly powerful start to the game, and that should be taken advantage of as much as possible.You show up to lane with more health than any other hero in Dota, and have one of the highest attack damages and quickest base attack times as well.

In almost all situations you’ll want to take Retaliate Aura with your first skillpoint, in order to get more out of your early game trades through both the passive and the active. This skillbuild leaves you without a way to secure range creeps initially however, so you should encourage your support to spend mana to ensure the ranged creep doesn’t get denied.

At level 3 Centaur hits a massive powerspike with his level 2 Retaliate, allowing you to combine with almost any support in the game to secure a kill.

Importantly, the matchup against lifestealer has changed after feast was reworked to provide attack speed. Since this change and the subsequent nerfs to Lifestealer’s starting stats, this matchup is now significantly Centaur favoured because of all the retaliate stacks he’s able to build, yet people still will pick lifestealer thinking they have a great counter.

Avoid early trades for the most part, then abuse your level 3 spike to all in the lifestealer for an easy kill. Make sure to take advantage of your early game dominance in this matchup to punish the lifestealer, as if he can recover later in the game he can begin to pose a significant threat through his feast percentage damage.

Should you have a particularly bad carry matchup, Centaur is very happy to simply cut behind the opponent's towers and grab the second creepwave which spawns at 0:30. In this case it may be beneficial to skill Hoof Stomp instead, in order to secure bounty runes and ensure that threatening opponents like Ursa and Monkey King can’t stay on top of you to secure a kill.

After stacking 2-3 creepwaves together outside the opponent’s tier 3 towers, simply teleport back to your tier 1 and wait for the opponent’s huge wave to come give you level 3. After starting the lane in this manner and ensuring you get past the initial threat the opponents pose, you can begin to start combining with your support to trade or secure kills.

Midgame - To blink or not to blink

One of the most interesting game by game decisions for Centaur players is whether or not to purchase a blink dagger. While conventional wisdom suggests that blink is always necessary on Centaur, this actually isn’t the case.

This hero benefits from having an extremely flexible item build which allows for some diverse playstyles that are currently underexplored. The largest determinant of whether or not you need a blink is how far ahead your team is currently. In the games where you’re significantly ahead coming out of the laning stage, situationally forgoing the blink can allow you to apply additional pressure though “The Dumb Playstyle”.

Instead of a blink, you build into multiple tanky items quicker, relying on your ultimate to close the distance on opponents. This causes Centaur to become a huge Early-Midgame threat in the same vein as Timbersaw, allowing you to simply sit under the opponent's towers unless they send 3-4 heroes to come deal with you.

Additionally, you don’t usually run into initiation issues without the blink, as opponents are forced to initiate on your tanky hide when you’re playing so aggressively in front of your team. You can leverage this earlier spike into taking all the opponents outer towers, or simply barreling up the opponents highground at 15-20 minutes before their carry can come online.

Many people in the Dota community severely underestimate how much tower damage Centaur Warrunner is actually able to put out. Retaliate Aura serves a double purpose in supplementing your tower damage, with the passive return damaging the tower every time it hits your huge hp pool, and the active building stacks off every hit received.

This allows a Centaur to simply mow down towers, keeping his own creeps alive all the while because he’s drawing the aggro. When implimenting “The Dumb Playstyle” effectively, a good Centar player is able to even surpass the building damage of notorious pushers like Pugna. This damage is being secured extremely risk free the whole time, thanks to the huge health pool and disengage tools provided by Centaur.

It’s extremely important to note that you should only implement this extra level of aggression when backed up by your teammates, as playing too solo with this build is a sure way to lose your lead. 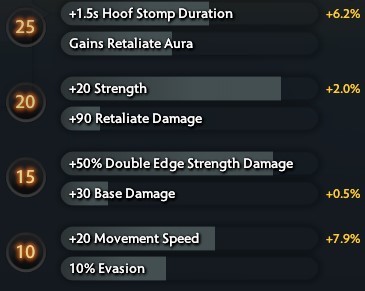 Centaur’s current talent choices highlight the manner in which this hero is currently being underutilized in the metagame. When playing from ahead and utilizing the blinkless playstyle, it’s important to select +30 Base Damage at level 15 and +90 Retaliate Damage at level 20.

This combination further supplements your focus as a pushing hero, augmenting your already absurd tower damage. Movement speed is the clear selection every game thanks to the 8% higher winrate this talent has, while level 25 is a more situational game by game choice.

Should things go awry when trying to break the highground using “The Dumb Playstyle”, you may find yourself in a more drawn out lategame scenario. In these cases it’s usually correct to go back for the blink dagger, with initiation becoming much more crucial in a game that’s closer to even.

Additional great considerations in certain games include Lotus Orb if they have lots of single target, Heaven’s Halberd if you’re having problems with right clickers, or even an Abyssal Blade to help lockdown crucial heroes. After getting his initial tanky items, Centaur has massive flexibility in terms of the way his build can be adapted, and late game itemization should be decided on a case by case basis.

Have you had any success or horror stories with Blinkless Centaur Warrunner in your recent pubs?