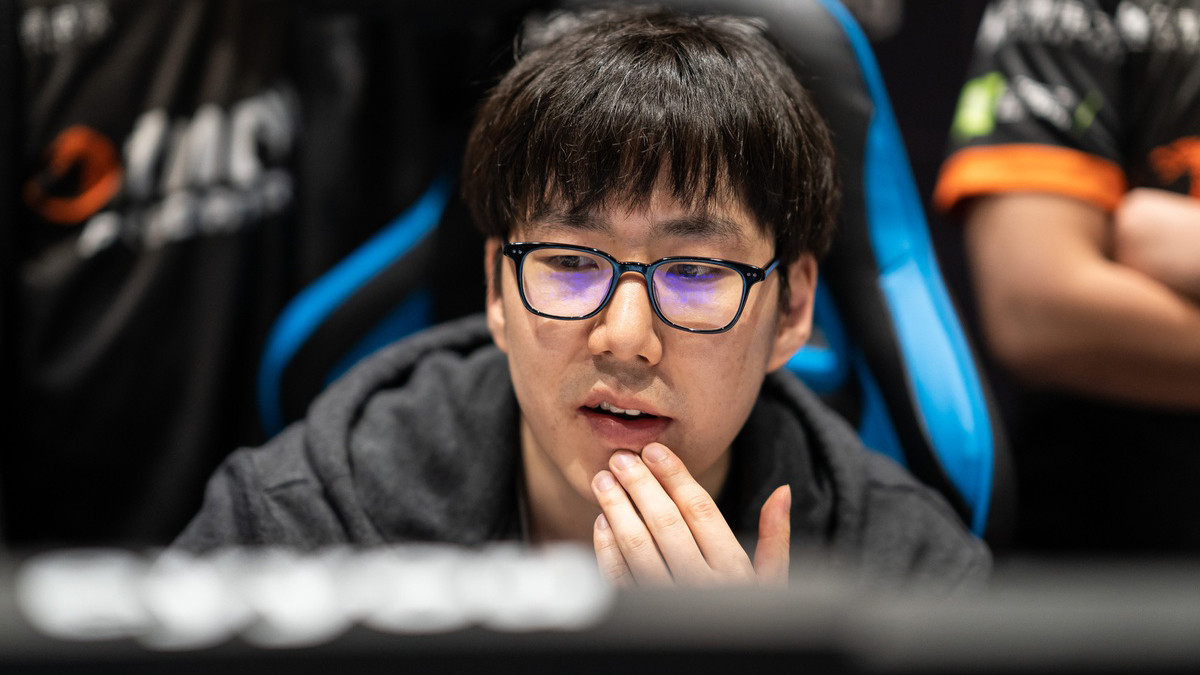 posted by NanaKrustofski,
Over night, the future of the competitive Dota scene got completely changed: Valve announced their new DPC system for 2020/21. The changes are as different as the reactions they evoked between pro players and talents. Some are excited, some call it "garbage".
ADVERTISING:

Is the entire system a step backwards?

Soung-Gon 'Heen' Lee has a clear opinion on the new system – he calls it "garbage".

New dpc system looks like garbage. I don't know what people are excited about.

At first, he did not give any explanation, but a few hours later, a TwitLonger followed. He goes into most changes into detail and explains his opinion. To summarise, he thinks Majors become less appealing, but more time-consuming. According to Heen, the distribution of DPC points did not make sense and there was a higher chance for some top teams not to make it to TI. All regions were rewarded with the same amount of points, despite some regions being stronger than others.

He also criticises the relegation system, as teams automatically swap placed without playing a decider match. This means, that the lowest two teams of the Upper Division might be way stronger than the top two teams of the Lower Division, but they had no chance to prevent their slot being "stolen" by potentially way weaker teams.

Judging the system on its long-term functionality

Peter 'ppd' Dager already uploaded a video on his view on Heen's arguments. On one hand he agrees that DPC points should not be spread completely evenly between all regions, since cross-regional tournaments should matter more and the regions are not equally strong.

But he also disagrees with some opinions and also states, that is would be incredibly easy to critize something without delivering an alternative. For him, the system can be effective for the long-term development of the scene. He also hypotheses that since Valve announced the changes so much in advance, they would listen to feedback and polished the system before it will start in October.

In the upcoming season, prize money will be distributed differently. Teams earn money depending on their placement in the leagues and at Majors. In general, prize money is now spread more evenly among the placements.

Heen criticises the outcome of the new system. According to him, a team invest two months in playing but and make around $2,000-3000 per player each month. However, ppd also pointed out that this amount was on top of a players regular salary, so the final earnings were higher.

Lee 'SunBhie' Jeongjae does quick maths and addresses a different and issue: While the prize money appears to be distributed more fairly, Valve keeps the same prize pool (6.5 million US-Dollar) they have in the current system. However, the first DPC season had a prize pool of $13 million. The prize money has been cut in half over the years.

Actually, they should be dubbed Valve majors. As DPC season 1 launched with 10 majors and 10 minors (13mil).

Our scene had seen half of the prizepool disappear without anyone even daring to mention it in public. In any other industry, this would be a topic. Why not ours?

No open qualifiers for TI – The OG dream cannot be repeated

Another significant change is that there won't be any open qualifiers for The International. As Jonathan 'Loda' Berg states, there has always been the dream that anyone can make it there. OG proved that TI winners can indeed start their run from the open qualifiers.

The league system includes more tier 2 and 3 teams and gives them better financial supports. But at the same time, teams that have not taken part in the league have to wait and don't have the possibility to enter the professional scene during a running season.

Not a big fan of only prize pool for top 8 teams at the major.

- NO OPEN QUALIFIER FOR TI

This is terrible. Dota has always been about the dream that ANYONE can make it there.

Team Secret's manager Cyborgmatt does not seem to approve the new system either. He worries about the schedule being too stacked. With non-DPC tournaments only being available during certain periods, he fears that there will be very few LAN events and therefore, top teams will only participate at three tournaments before TI during the season.

Some more context on how we look at events:

- Nothing before the 1st league, top teams want a break after TI unless big roster change (ie EG this season)
- No events during Christmas/NY
- No events that end/start right before/after a Major

Going to be a very tight schedule.

Heen pointed out the risk of having fewer non-DPC tournaments as well in his TwitLonger. However, ppd does not agree with this either. In the current circuit, there were only very few other events as well. And while fans highly enjoyed the latest WePlay! Dota2 Tug of War: Mad Moon, top tier games were just as important for them to watch.

Not only do players and organisations get affected by the new regulations. For casters and talent, their jobs will undergo some changes as well. In the 2020/21 DPC, all Upper Division matches will be presented from studio broadcasts. This raises questions on how the broadcast will be put into practice.

For example, Moxxi remarked that Beyond the Summit is the only studio in the USA that covers Dota. The new system might give more opportunities for tier 2 and 3 casters because Lower Division can be broadcasted by anyone. But it seems like tier 1 casters need to be hired to work in specific studios.

I'm wondering how this will all work out since BTS is the only studio that I know of that covers Dota in the US. I live on the other side of the country-- would they hire me for studio broadcasts? Or am I just not hire-able? Do I need to move? I can't afford CA...

Skim joins the confusion about studio broadcasts since EU does not have a plethora of Dota studios. With Lower Division being open for anyone to broadcast, we might see him and other caster make their comeback at the mic.

Maybe it’s time to dust off my casting mic 🤔

Short but important: There are now four EU slots at Majors!

Andreas 'Cr1t-' Nielsen has high hopes for the impact on the North American scene: an even distribution between the competitive east and west scene. Traditional sports leagues such as the NBA already have separate game since the region is so far. In Dota, the entire US got lumped together

Biggest hopes for next season: The revival of inhouse leagues and NA competitive games being split 50/50 between US east and US west.

Tal 'Fly' Aizik approves the new system, especially since it grants more opportunities for tier 2 and 3 teams. The system can greatly support the broader scene and contribute to a healthier long-term development of the scene.

Glad to see Valve taking dota in this direction. Great for t2/t3 scene and will also be better for everyone in the long term https://t.co/8x1dE432Id

Last but not least, Henrik 'AdmiralBulldog' Ahnberg criticises Valve for using the term "best-of-two". His statement caused a wave of appreciation for the legendary HolyMaster, the mastermind behind several former tournaments who also provided the format for The International 2011. He set Toby 'TobiWanKenobi' Dawson right about the term best-of-two already years ago.

Do you agree with Heen's harsh criticism?