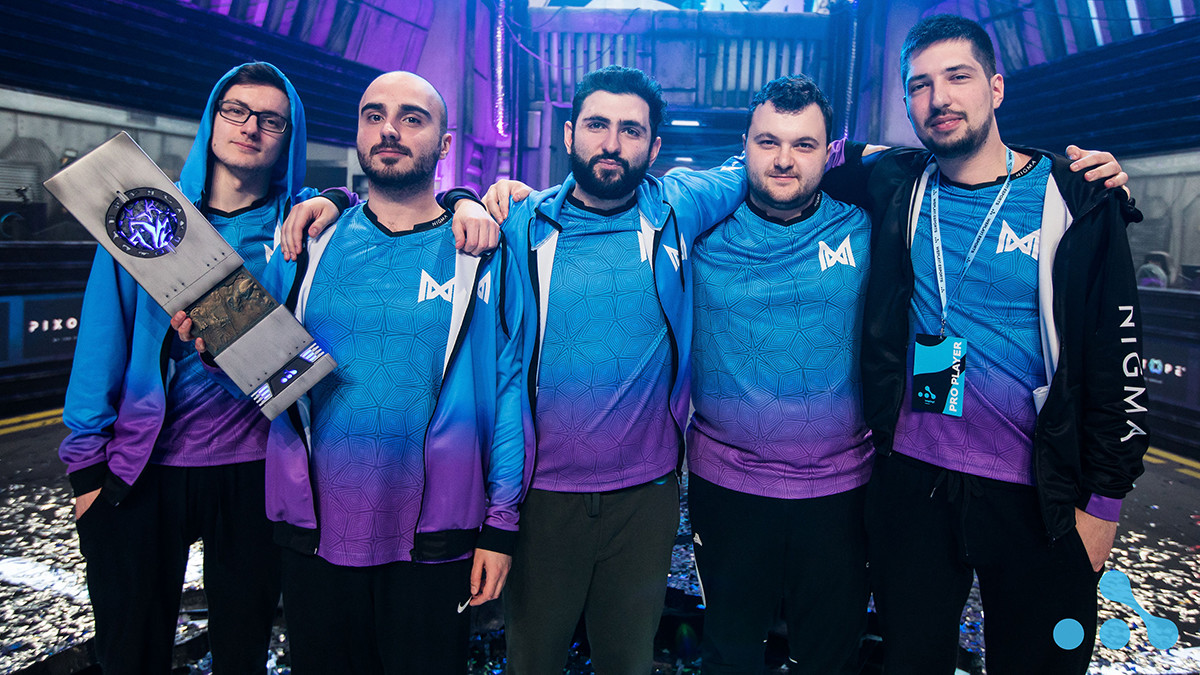 posted by NanaKrustofski,
What a comeback: Nigma have won their first series against Team Secret since The International 2019 by securing three games in a row in the Grand Finals of WePlay! Tug of War: Mad Moon.
ADVERTISING:

Game one: Nisha proves how deadly water can be

The first match was a victory for Secret. However, the game initially was in Nigma's favour. They took the lead in terms of networth, managed to bring down Ludwig 'zai' Wåhlberg four times in the first seven minutes and quickly tried to advance to Secrets highground.

Only 12 minutes in, they poked at Secrets tier three tower for the first time – a greedy play that immediately got punished. Secret successfully defended their base and took down two of Nigma's heroes.

Secret eventually turned the game around and took the upper hand, even having an 18k lead at one point. Most dangerous player in this match was Michał 'Nisha' Jankowski with his signature hero Morphling who finished the match 14/3/12.

Even Nisha, who by many is regarded as the best Morphling player and even as the best player in the world at the moment, is not free from mistakes. An unnecessary death triggered a quite disgruntled reaction from him.

Secret continued their winning spree and took the second game as well, advancing 2-0. They had the lead in kills and networth throughout the entire match, leaving Nigma no chance.

Nisha once again delivered most of the kills, this time he went for an unconventional Batrider mid (13/0/17). He went for Boots of Travel, Wind Lace, Force Staff and Blink Dagger for maximum mobility, finishing his build with a BKB. Equipping Faded Brooch as a neutral item granted him even more movement speed.


Game three: The tides have turned

Only one victory separated Secret from closing the series and taking home the trophy. And only one loss separated Nigma from another defeat at the hands of Secret. But instead of giving up, Nigma came back stronger than before and channeled their energy – to unleash it onto Secret with three quick consecutive stomps.

Game three ended in a devastating 20-8 sweep. After 26 minutes, Nigma took their first match of the series. Maroun 'Gh' Merhej was nearly omnipresent with IO and contributed to 19 out of the 20 kills.

Omar 'w33haa' Aliwi brought destruction over Secret with his 8/0/7 Outworld Devourer and by achieving a triple kill, he forced a GG out of Secret.

Nigma kept their pace and finished the fourth match in 27 minutes, taking the series to a fifth game. Secret were quite even in kills, but Nigma completely overtook them in farm. Especially Amer 'Miracle-' Al-Barkawi with Lifestealer was on top of his farming game, having nearly 7k gold more than the enemy cores.

Nigma took the first racks only 21 minutes in and quickly closed the match afterwards. With this victory, there was only one match left to be played – which decided over the tournaments' winner.

One match, two teams, one trophy, zero mercy from Nigma: Game five once again did not cross the 30 minute mark. Nigma made short shrift of Team Secret. With a score of 9-31, Secret were forced to call GG just 27 minutes in.

After just being demolished by Lifestealer, Lasse 'Matumbaman' Urpalainen picked N'aix as well. But he could not make the hero work, finishing with a kill score of only -/4/4.

Miracle on the other hand grabbed several kills with Faceless Void. Kuro S. 'KuroKy' Takhasomi had nearly the same KDA as him. His Winter Wyvern caused several deaths for the heroes of Team Secret.

With a 3-2 victory, Nigma claim their next trophy as well as $130,000. Mad Moon is not part of the DPC, but the success surely benefits Nigma. The team did not make it to the upcoming Major or Minor but can now utilize the break to prepare – and the knowledge that they are able to defeat the reigning Major champions Secret.

Thanks to @WePlayEsport for such an amazing tournament.

To all our fans it’s been an emotional roller coaster and we couldn’t have won without your love and support. Thank you to each and every one of you💜💙#StarsAligned #MadMoon pic.twitter.com/QsNbBrXtO3