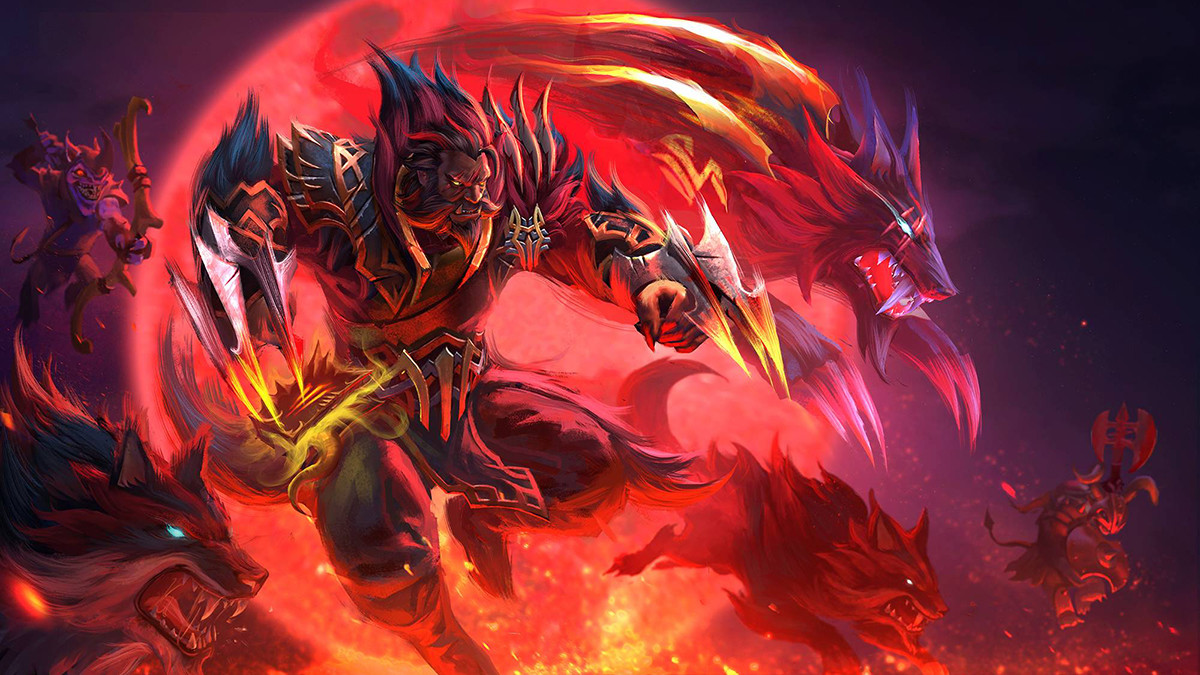 posted by Liightsdota,
After patch 7.23 introduced Aghanim’s Scepter upgrades for all remaining heroes in Dota except the two newest additions, certain upgrades have been receiving more use than others. Today we take a closer look at some Scepters which allow you to play heroes in completely newfound styles that we haven’t seen before.
ADVERTISING: 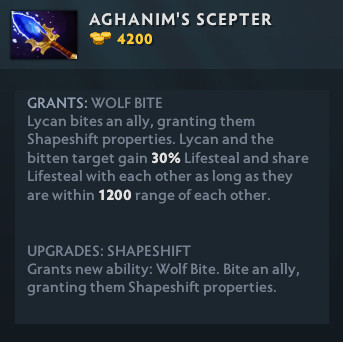 Lycan’s new Aghs bite is insane, though you may not have seen it in one of your recent games because Lycan is currently holding the honour of being the single least picked hero in Dota. The hero’s previous scepter spawned three uncontrollable wolves with every creepwave, and was widely regarded as one of the worst upgrades in the game.

However, the replacement bite may be one of the best. This upgrade allows Lycan to transition away from his previous style of play as his team’s hard carry, and now opens up the possibility of a more support oriented Lycan from the Offlane or Middle roles. Simply building Vladimir’s Offering into Aghanim’s Scepter allows Lycan’s team to hit an incredible early timing. The teams' carry can tear through the opponents with Hasted movement speed, 30% lifesteal and 40% critical strike. Effectively you’ve given your carry 2 extra items. This is perfect for pubs because it can allow a carry with even mediocre farm to shine. 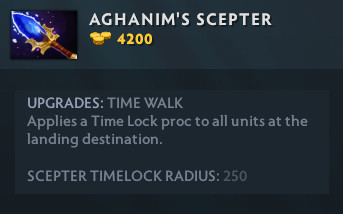 After receiving a reworked Aghanim’s upgrade during patch 7.23, Faceless Void’s new bash on landing is proving to be a serious itemization choice for carry players to build around. The effect of performing a bashing autoattack on all units within his landing AOE is much more powerful than it may initially appear. Beyond the obvious value this ability provides when chasing fleeing opponents, the effect is particularly powerful when combined with lifesteal or cleave.

When combined with Vladimir’s Offering, the Aghanim’s upgrade allows Faceless to become incredibly sustainable in fights by adding lifesteal on top of the backtrack regeneration he recieves after leaping. This new build completely changes the way Faceless Void is able to be played, as he no longer relies so heavily on bursting key opponents during Chronosphere, and can instead take longer engagements much more happily. 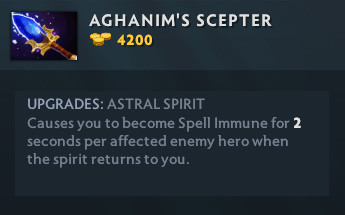 Another recipient of the recent Aghs changes in 7.23 is Elder Titan. His upgrade was reworked to trigger magic immunity when his Astral Spirit returns, rather than as he cast stomp. This change is a vast improvement, as most frequently Elder Titan is casting Echo Stomp from the backline where he likely won’t get interrupted anyway.

Now after dropping his entire combo, the magic immunity effect is granted as the Spirit returns, at the same time he receives the movement speed and attack damage bonuses. Receiving this combination of buffs at once has turned Elder Titan into a terrifying force in teamfights and a true right clicker after picking up his Aghanim’s Scepter.

While building around his Aghanim’s is best when played from a core role, even support Elder Titans should consider incorporating it into their item builds. 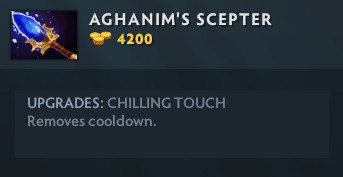 After being reworked to remove the cooldown from Chilling Touch, Ancient Apparition benefits from one of the most fun Aghanim’s upgrades to build around. While he has historically seen some success in the middle lane, this new build really thrives off the extra levels that the hero can recieve when played there. By maxing Chilling Touch Ancient Apparition can dominate many middle matchups, thanks to the persistent 170 bonus damage snowballs flying up the opponent’s hill every three seconds.

As the game gets later and AA picks up his Aghanim’s, he is able to keep opponents almost permanently 100% movement slowed from incredible range with just a few attack speed items. This core Ancient Apparition relies on getting off to a good start during it’s laning phase however, so only consider picking this hero after seeing the opponent’s mid matchup. 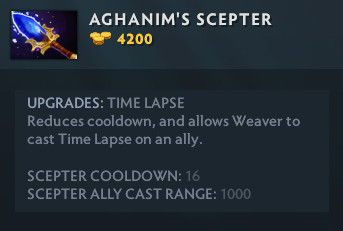 Picked up a little bit after it’s initial release way back in 6.84 and then disappearing almost entirely, Weaver’s Aghanim’s remains an incredibly powerful tool to this day that isn’t getting the attention it deserves. Reducing the cooldown of Time Lapse to 20 seconds and enabling it to be targeted on allies is an absurdly powerful effect, that alone supports this Weaver support build.

When Aghanim’s Scepter is rushed, it allows one of your tanky tower siegers like Medusa or Huskar to simply take barracks, utterly unafraid of getting bursted down. This will eventually infuriate your opponents to the point they dive your backline, desperately trying to catch the Weaver, and get punished for it.

The hero doesn’t always need Boots and is actually quite a strong laner thanks to the harrass he can put out with his Geminate attack and Shukuchi. Just be sure to select enough stuns amongst your other heroes when picking Weaver support!

Which other Aghanim’s Scepters are still being slept on? Are there any others remaining that still need to be reworked?