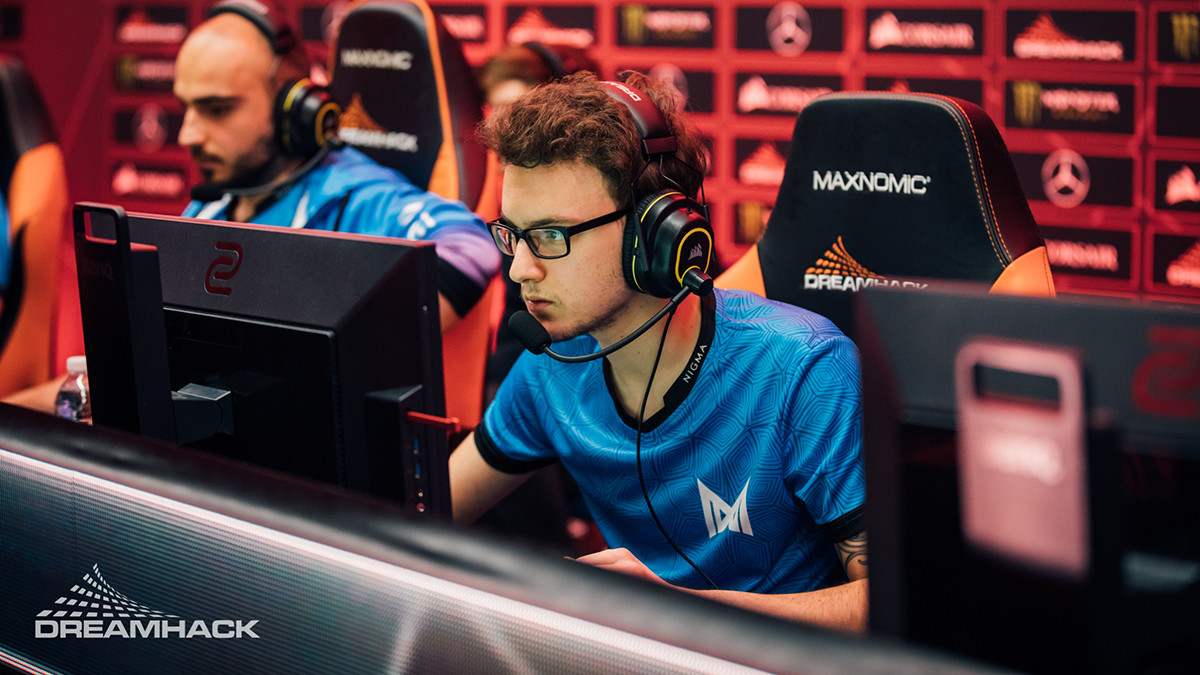 posted by NanaKrustofski,
A Meepo pick, Amer 'Miracle-' Al-Barkawi on a killing spree and failed initiations: The WePlay! Tug of War: Mad Moon has just begun and already delivered some memorable moments. Let's take a look some of the opening matches.
ADVERTISING:

Team Secret versus B8

Game one: The Harbinger comes

Team Secret and B8 played the Opening Match of group A. The highly anticipated encounter of Clement 'Puppey' Ivanov and Danil 'Dendi' Ishutin resulted in a 2-0 for Secret.

Game one was a classic stomp by Secret. 24 minutes in, B8 had to call GG with a disadvantage of 27-6 kills and 21k networth.

Michał 'Nisha' Jankowski did justice to his hero's reputation: His Outworld Devourer finished the match 10/0/10 and also pulled off a triple kill despite being the target of B8's initiation.

It seemed like B8 turned the odds around in game two. For 38 minutes, B8 were the clear leader of the match. Aleksandr 'Pio65♥♠' Zalivako even finished game two with the highest kills and networth with his 13/2/8 Phantom Lancer.

However, B8's lead was not enough to overcome Secret. A huge team fight with six kills and zero deaths secured the comeback for Team Secret. Nisha's hero choice was particularly noteworthy in this game. He picked IO as carry and went for a Helm of Dominator - Maelstrom - Aghanim's Scepter - BKB- Heart of Tarrasque - Assault Cuirass build.

Lasse 'Matumbaman' Urpalainen came up with the highlight of the game. His Monkey King was ganked by Ogre and Leshrac and despite being nearly dead, he pulls out the Wukong's Command and gets a double kill.


Nigma versus Ninjas in Pyjamas

Game one: A dominating Faceless Void

Opening matches of group B took place between Nigma and Ninjas in Pyjamas. Fans have been critizicing the current form of Nigma as they delivered several disappointing results. However, they made a convincing entry into the tournament by defeating NiP 2-0.

Game one went on quite evenly for the first 30 minutes, until Nigma completely took control. In the last five minutes, they increased their networth advantage from 1k to 20k and scored 13 kills with only one death in return.

Especially Amer 'Miracle-' Al-Barkawi had an amazing game with Faceless Void. A final ultra kill not only increased his kill score to 15/1/10, but finished the game as well.

Game two: Nigma cannot be contained by Arena Of Blood

Fueled by their first victory, Nigma completely dominated NiP in the second match. They ended the game in only 17 minutes with a 19-5.

Omar 'w33haa' Aliwi established their networth lead on his signature hero Meepo. Miracle went for Timbersaw as carry which worked out perfectly for them.

Despite being trapped in Mars' Arena of Blood and being almost killed by three NiP players, he managed to escape the death zone – mainly thanks to a perfectly placed Fissure from Maroun 'Gh' Merhej.

The MVP of the match was Ivan 'MinD_ContRoL' Borislavov on Snapfire. He surpassed the farm of every of NiP hero and played the key role in turning around a team fight: Mars once again trapped Nigma in his Arena, but Mind_Control simply used the proximity of NiP's heroes to land a destructive Snapfire ultimate.