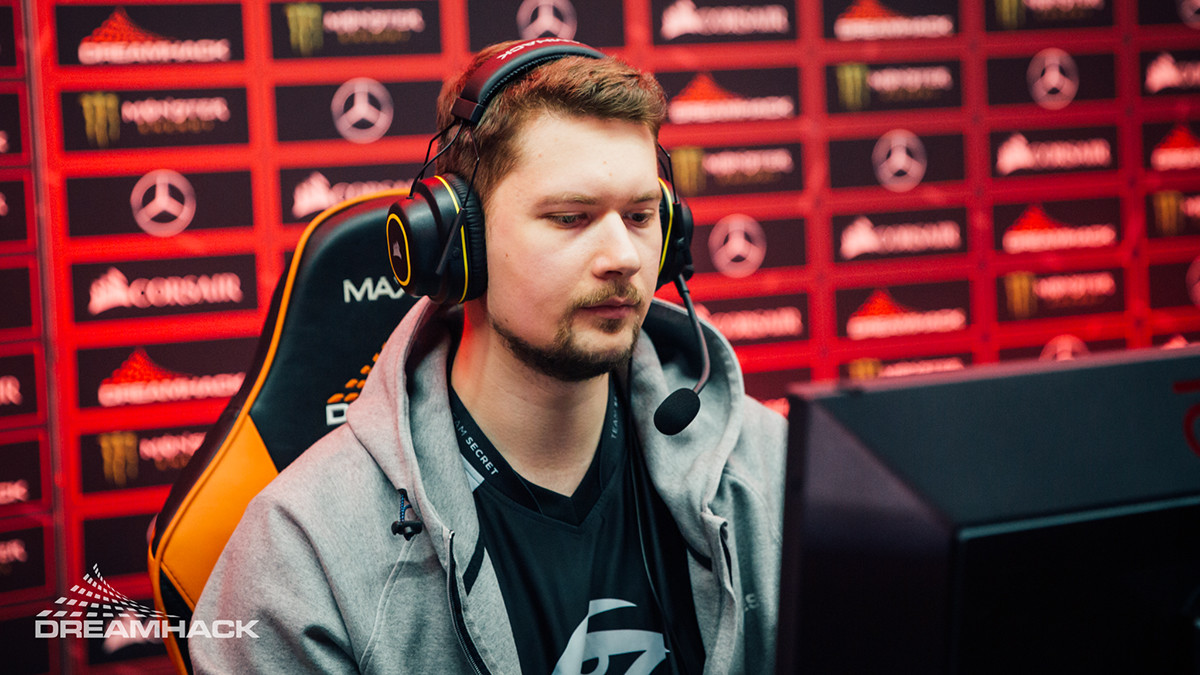 posted by NanaKrustofski,
One team after another claims their slot at the ESL One Los Angeles 2020. Europe and Southeast Asia have already determined all of their representative squads. While two of EU's contenders were excpected to make it through the qualifiers, Ninjas in Pyjamas had a surprise run with their newly assembled roster.
ADVERTISING:

Team Secret: Not a single loss

Game one: Timbersaw tanks his way to victory

Europe's first contender: defending Major champion Team Secret. The powerhouse had a seemingly easy run in the qualifiers and won every single one of their matches.

The playoffs against Ninjas in Pyjamas seemed to be a piece of cake for Secret as well. With a quick 2-0 victory, Secret claim the first EU slot at the Major.

Secret did not grant NiP any chance in game one. They had the upper hand throughout the entire match, finishing with a 25k networth lead and a 25-6 score. The MVP of the game was Ludwig 'zai' Wåhlberg on Timbersaw (7/1/10). The tank had the second highest networth of all players and was nearly unkillable, waltzing his way into enemy's territory without getting punished.

In the second round, Secret displayed an even more dominating performance. After a 22-minute stomp, they claimed their second victory and therefore the first EU slot.

The Highlight of the match was Michał 'Nisha' Jankowski on a tenth pick Meepo. He completely outfarmed NiP, took the towers by storm and posed a deadly threat to any enemy confronting him. Also, he appreciated his plays by highfiving himself.

Despite NiP's quick loss, Jason 'Tanner' Weedon had a strong match on Shadow Fiend. He dealt even 10k more damage than Nisha or any of Secret's carries and nearly kept up with his CS.

Yazied 'YapzOr' Jaradat's Batrider created material for a new episode of Myth Busters. He could not be bothered being trapped in Faceless Void's Chronosphere and simply walked out of it.

Game one: Exceeding on all roles

Despite changing three of their players only recently, reigning world champions OG are already on top of their game again. The 2-0 matchup against Aggressive Mode secured their ticket to the Major.

New offlaner Yeik Nai 'MidOne' Zheng had a stellar first game with his Dark Seer. Not only did he claim the highest amount of assists, he also kept pace with CS, even surpassing his midlaner.

Sumail 'SumaiL' Syed Hassan quickly adapted to his role as OG's carry and peaked with a fountain-diving rampage on Bloodseeker (14/2/6).

The second game was another clear victory for OG. They once again had the networth advantage over the entire match and forced AM to call gg after 26 minutes. Since OG took a break until their roster change recently, the ESL One Los Angeles will be the first DPC event in the current season they will attend.

Topias 'Topson' Taavitsainen showed his enemies what aggressive mode really looks like. His Bristleback carelessly chased AM in their own base into their fountain, simply not caring about the consequences.


Ninjas in Pyjamas: UK's last Dota hope on the rise

A defeat by Team Secret did not mean that NiP were out. They fought their way back and claimed their Major slot by defeating Aggressive Mode 2-0.

NiP completely overrun AM in the first match, ending it with a 19-6 score. TANNER's Templar Assassin posed to be an incredibly deadly force, having most CS, networth, damage and kills. With a 12/1/6 score line, he had a kill participation of nearly 100%.

Out of AM's 6 kills, 5 were caused by their support Oracle, Giorgos 'SsaSpartan' Giannakopoulos.

OUTCLASSED BY THE BOYS

Game two went on for over 40 minutes, but in the end, AM were not able to overcome NiP. TANNER once again collected most eliminations, this time on Viper. Despite not going into the the qualifiers as top favourites, NiP proved to be a strong force that already synergyzes well after a short period of practice.

Fnatic: Obstacles in their favour

Fnatic were the first team across all regions to snatch their Major slot. Their path in the playoffs was surprisingly easy. Opponent Adroit had to fortfeit the first match due to internet problems.

The connection problems could not be fixed by the time of the second game. Adroit constantly faced disconnects or lags, rendering them without a real chance to compete. Daryl Koh 'iceiceice' Pei Xiang offered to give Adroit enough time to fix the issues, but it was out of Adroit's power.

After 17 minutes and a 14-3 score, Adroit had to give up and Fnatic claimed the first Major slot.

Game one was a bloodbath. While it only lasted for 30 minutes, 56 kills occured. The match ended with a 42-14 score for Geek Fam.

Most of the kills were contributed by Karl Matthew 'Karl' Jayme. He had an impressive performance on Batrider mid, finishing the match with a 16/5/15 score line.

Despite being in a disadvantage, Chong Xin 'Ohaiyo' Khoo managed to pull off a juke near the enemie's base by finding a blind spot between a group of trees.

The second game was nearly as kill-heavy, but this time the eliminations were more evenly matched. Geek Fam came out on top after 34 minutes and a 30-21 score. This time, most of the kills were on Marc Polo Luis 'Raven' Fausto's 12/1/9 Troll Warlord.

After several back-and-forth networth swings, Adroit claimed the upper hand by winning a big team fight around 23 minutes. IO were not able to come back and the second match secured Geek Fams' Major slot.


Adroit: Internet issues are not enough to stop them

Adroit could not be stopped by their backlash against Fnatic and claimed their Major participation with a short detour. The third place match against IO Dota2 resulted in a 2-0 for Adroit.

Initially, IO Dota build their lead through most of the game. But Mc Nicholson 'Makoy' Villanueva turned up his Berserker's Rage on Troll Warlord (12/3/7), took apart IO and finished the game on top of most stats.

Adroit used their broad range of teamfight abilities and their combination was simply too strong for IO.

The second game was another victory for Adroit. The team did not risk another external disturbance and quickly closed the series 2-0.

John Anthony 'Natsumi' Vargas's Phantom Assasin (12/2/5) turned out to be the perfect pick against IO, together with an omnipresent Jun 'Bokerino' Kanehara Clockwerk (7/2/17). With their victory, Adroit becomes SEA's third representative at the Major.