Team Secret’s path to victory at the Leipzig Major 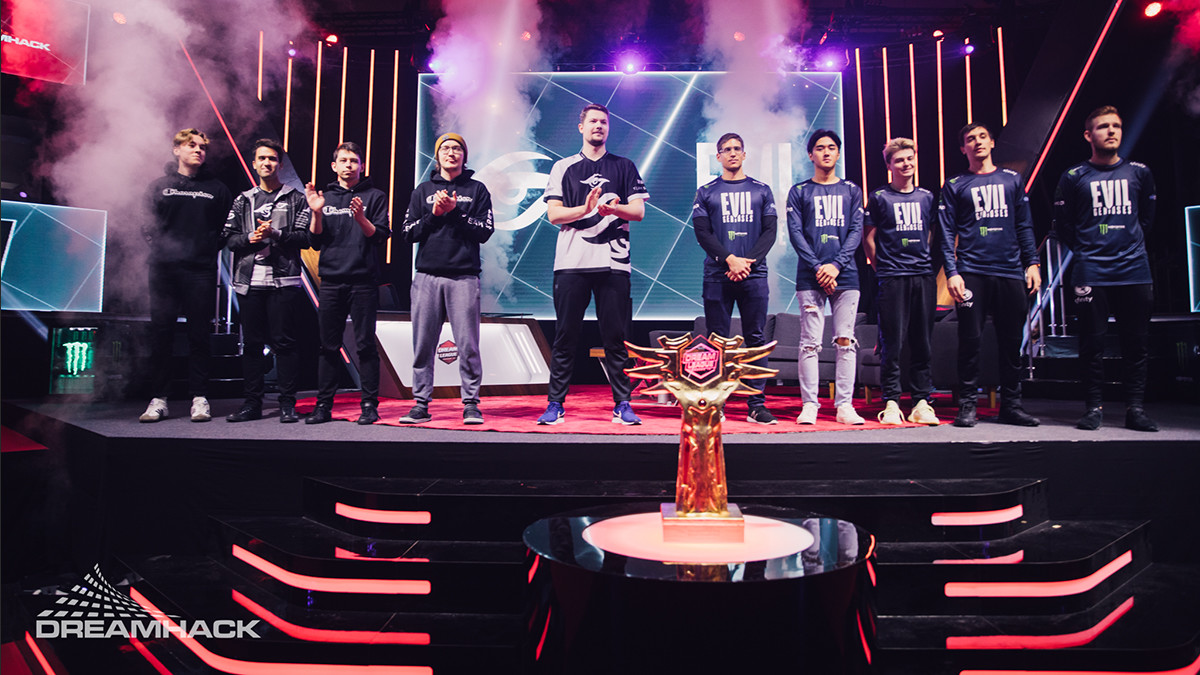 posted by Liightsdota,
Prior to this DPC season, Team Secret was one of the most dominant teams in all of Dota 2. Their previous iteration with Yeik Nai 'MidOne' Zheng playing his namesake midlane was able to take down two major titles last year, before coming up short with a disappointing 4th place at TI. Given Midone was taking a new direction for the forthcoming season, it was time to shake things up for this storied roster.
ADVERTISING:

First Showing of a New Secret

This started Team Secret’s latest DPC season on unsure footing, losing their star midlaner, Midone, to free agency, and leaving it up in the air as to who would fill those giant shoes. The answer came in none other than TI champion, Lasse 'Matumbaman' Urpalainen, who would be playing carry for the new Secret squad. This left their old carry Michał 'Nisha' Jankowski to switch his role and take on the mantle of being Team Secret’s one in mid. Given their decision to abstain from playing at MDL Chengdu Major, the first major of the season, this week’s DreamLeague Season 13: The Leipzig Major was the first chance for Secret fans to witness their new squad in action. The question on everybody’s mind: how would Team Secret adjust to playing under these changed circumstances?

Clement 'Puppey' Ivanov provided a swift answer, leading his newly formed team through a dominant group stage, in which they only dropped a single game to the eventual third place finishers, Vici Gaming. In the group stage, Team Secret provided the variation of picks expected from a team that was still finding their identity. However, they did particularly favour Lich and Slark. Yazied 'YapzOr' Jaradat, who is known for his outlandish hero choices and flashy plays, put on an incredible display on an innovative Support Dark Seer. This successful group stage set this new Secret team on good footing to make a run through the upper bracket.

There was no shortage of formidable opponents waiting for the Secret squad in the upper bracket, starting with a tense series vs Fnatic that went 2-1 in Secret’s favour. Again, Puppey was leaning on his support Lich, which quickly was becoming one of the favourite picks of the tournament. In their second series, Secret played Alliance who have been off to a very hot start to this DPC season, winning the first big tournament at DreamLeague Season 12. Matumbaman showed us why he deserves his place on this all star squad with a pair of incredibly dominant Monkey King games that simply ran over Alliance’s squishy drafts. Finally, Team Secret had a group stage rematch, where they displayed growth and defeated Vici Gaming - this time without dropping a single map. This put Team Secret into the Grand Finals against Evil Geniuses who were putting up a fierce fight through the lower bracket.

Tal 'Fly' Aizik and Puppey put on a drafting clinic across the grand finals, during which their own internal metagame developed. Both teams identified the power of the Hard Support Lich, which was banned in 4 out of 5 games of the final, and firstpicked by Fly in the one game it slipped through. Disruptor was first phase banned in every game, while Doom, Magnus and Io all received bans most games, but occasionally slipped through. Towards the end of the series the bans evolved, with respect bans being necessitated for Abed 'Abed' Yusop’s Storm Spirit, and Roman 'RAMZEs' Kushnarev’s Doom. Here we investigate how crucial core matchups and team compositions resulted in Secret coming out victorious.

In the first game, the initial early laning phase favoured EG, with a much stronger trilane being setup from the North American side. This led Secret to make a lane adjustment at 3 minutes, sending Matumbaman’s Slark to solo the Offlane just as a double wave was headed into the tower. This recovered the laning phase and got Secret off to a decent start in this match. However, as the Midgame unfolded, EG took advantage of Ramzes’ Blink Dagger on Doom and were able to play much more actively, securing 14 kills across the next 15 minutes, while Team Secret was only able to find 3. All those kills led to an insurmountable 30k gold lead for Evil Geniuses, which they leveraged into some crucial pickoffs in order to break into Secret’s base and close out the first game. If Team Secret had a more dedicated initiator in their draft, they may have been able to find some kills of their own in the midgame.

Game 2 was quite a drafting feat for Puppey and Team Secret, with great responses coming to everything EG threw out. After EG firstpicked Enchantress, Team Secret’s three response heroes all perform excellently at killing her despite her untouchable passive. EG selected an Oracle for Fly as a solution to the burst damage provided by Skywrath Mage. However, it proved to not be enough in the end. The 10th pick Meepo for Nisha was chosen in a really excellent game for the hero, who proved to accelerate too quickly for Evil Geniuses to be able to mount an effective defence. Nisha’s midgame rampage resolutely dashed any hopes that EG fans might have had for coming back in game two.

The bans were adjusted in game 3, with Evil Geniuses respecting Matumbaman’s Monkey King and taking it out in the first phase, and allowing the Hard support Lich to sneak through for Fly. Sensing that Secret would likely ban Abed’s Storm Spirit in the second phase, like they did in game 1, Fly chose to take the hero extremely early with their second pick. This prompted Team Secret to select a strong lane counter in the TA, along with some additional lockdown in the form of a Support Lion for Yazied 'YapzOr' Jaradat. The power of Lich was on full display, as he secured an excellent laning phase for Artour 'Arteezy' Babaev’s Naga Siren, and set him up for success. The real deciding factor this match however, was when Abed’s Storm Spirit picked up a crucial Aghanim’s Scepter. This proved to be too much area control to handle, and EG picked Team Secret apart as they tried to retreat after a drawn out highground siege. Their victory put EG up 2-1, and poised to take down the whole tournament with one more map win.

Following the firstpick Winter Wyvern in game 4, Team Secret’s instant Morphling pick seemed to be a decisive choice. Matumbaman put the hero to work in the game, transforming into the Wyvern, and taking advantage of the incredible attack range and damage provided by Arctic Burn. Evil Geniuses’ lack of a traditional frontliner hurt them this game, as they were unable to effectively approach the long range artillery fire provided by Morphling and Enchantress, who had beefy supports frontlining for them. Evil Geniuses’ lack of reliable stuns also hurt their ability to find kills in this match against the very illusive Morphling. This allowed Matumbaman to walk up and simply take EG’s barracks, driving back any opponents who dared to approach.

In the final game of the series, Evil Geniuses made an adjustment and selected Arteezy’s hero in the first phase instead of waiting until later in the draft. This opened the Drow Ranger up to playing into four potential hero counters which proved to create a miserable game for Artour. EG addressed their frontlining woes from the previous game by selecting an Underlord for Ramzes, but playing from a deficit against the superior initiation of Secret proved to be too much damage for him to absorb. Following the laning phase Matumbaman’s Phantom Lancer went unanswered, and by the time he was breaking highground, Evil Geniuses lacked the area damage to drive back the illusions.

Overall Team Secret looked incredible across the Dreamleague 13 Leipzig Major, with Matumbaman clearly showing that he’s fitting in flawlessly with his new team. Nisha also answered any questions that fans may have had about his switch to the middle lane, putting out shining performances across a diverse mid hero pool. Team Secret fans have much to be excited about for their squad in the upcoming season, including a potential grudge match against their old teammate Midone, who recently announced he would finish this season playing Offlane for OG.

Were you impressed with how quickly this new Secret team ended up back on top of the podium to start their new season?