Ceb: "It will be a totally different team" – Highlights of #OGNight 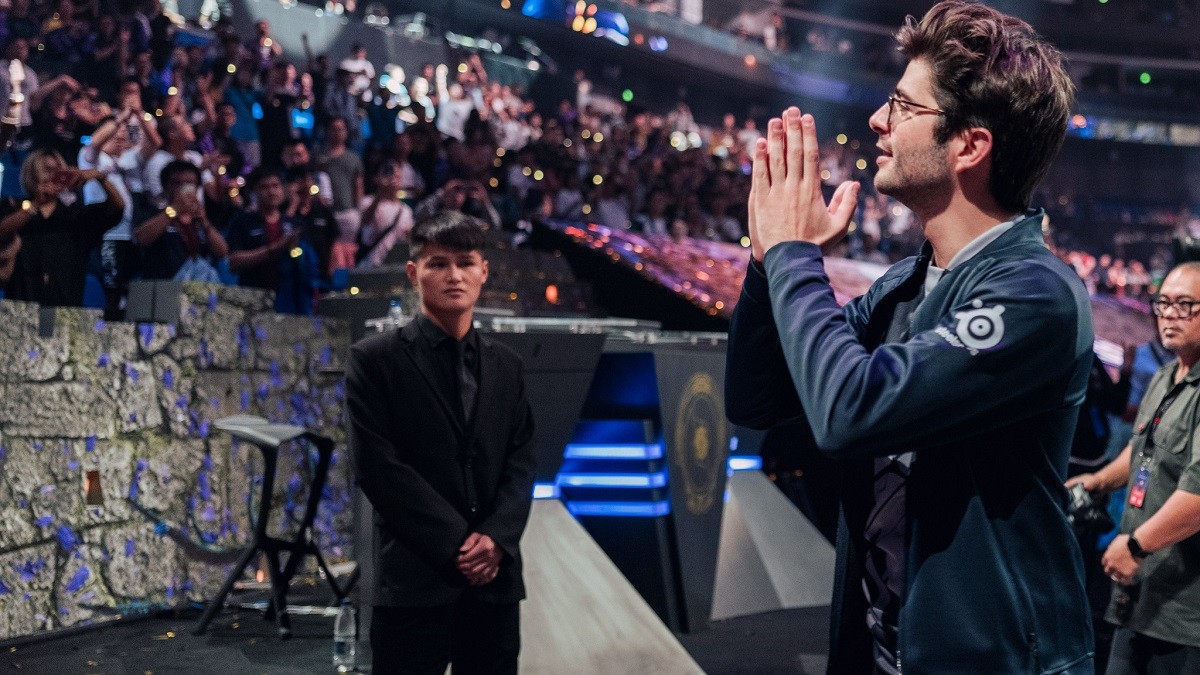 posted by Brasozial,
True Sight has been just one highlight of this week. OG announced a stream beforehand where they'd talk about the new roster and say farewell to their former players. Here are the highlights from the event.
ADVERTISING:
They started the show with four members of the old OG roster. Everybody except for Anathan 'ana' Pham was sitting in a studio in Berlin. At the beginning Jesse 'JerAx' Vainikka and Sebastien 'Ceb' Debs talked with their host Laure Valée, known from the LEC, about the reasons why they left respectively move to a coaching position.

Why JerAx retires from Dota

Especially JerAx explanation was hotly anticipated by the community, because he decided to retire completely from professional Dota:

But what's next for the charasmatic position 4 support? In the interview he explains that he isn't sure yet, but maybe we'll see him someday compete in another game? How about ENCE in CS:GO? We wouldn't mind to cheer for him in that game.


The true sight of True Sight

Afterwards OG invited the two leading film makers of Valve on the stage. Both of them have been with Valve for quite some time, Nick even worked on Free to Play and they talk about working on True Sight with the teams.

Johan 'BigDaddyN0tail' Sundstein is interested in how the professionalism im Dota 2 changed over the years they're following teams at event.


Will SumaiL use the chat wheel more?

They introduced Sumail 'SumaiL' Syed Hassan already during True Sight as a part of their roster. After joining them on the stage at #OGNight, SumaiL how is playstyle fits OG.

He also shares his views on OG when he was still part of Evil Geniuses:

The most important question, obviously, refers to the chat wheel. There are not many teams in which the chat wheel has more importance than for OG. But how will SumaiL integrate the chat wheel in his daily life?

Afterwards the CS:GO team of OG joined them on stage and they talked about the things they can learn from each other. For fans of both games it was a terrific moment to see Sebastien 'Ceb' Debs and Aleksib on the couch together. I guess, a lot of people would like to see them talk about strategy and mind games.

This weren't OG if they wouldn't have tried to fool their fans for at least a second. This is why they came up with this hilarious Janne 'Gorgc' Stefanovski introduction. The bait was perfect, but actually listening to him about content creation for OG is interesting, too.

It was rumoured for weeks already and when we saw him on a picture with the other players it was clear: Martin 'Saksa' Sazdov replaces JerAx.

One player was still missing to complete the five-man roster. Although he wasn't on the show, Yeik Nai 'MidOne' Zheng sent a message for us.


The impact of the new players

Announcing the new players is one thing, but talking about the lineup and listening to Ceb is something else:

It was also asked what impact the new players would have and in what way the OG gameplay would change in regards to SumaiL and the other two players joining the team.

It was an amusing show with a lot of highlights for fans of OG and the development of True Sight.

What was your highlight?