'Shit. Now I have to play TI twice more' – True Sight TI9 is a must watch! 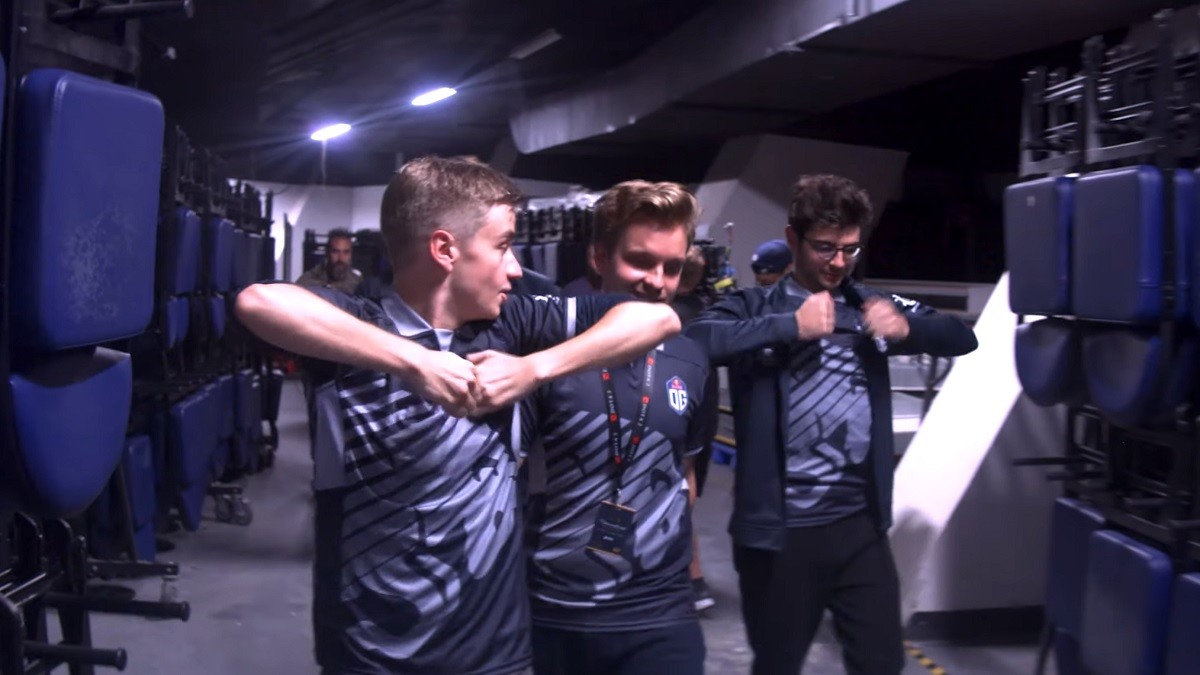 posted by Brasozial,
The new True Sight premiered on 28 January. The documentary on the Grand Finals of The International 2019 was presented in the Babylon cinema in Berlin, Germany, and attended by the players of both teams. We were there.
ADVERTISING:
Everybody felt the tension in this old and nostalgic cinema in the centre of Berlin. We all knew how TI9 ended, but the excitement for the True Sight documentary kept the Dota fans in suspense for months. In the midst of it all: four OG players (except for Anathan 'ana' Pham) and for the first time ever the runner-up team Nigma, who played for Team Liquid back at TI .

However, these were not the only Dota personalities around. Jake 'SirActionSlacks' Kenner and Kaci Aitchison welcomed us fans and viewers in the cinema, before Owen "ODPixel" Davies and Ioannis 'Fogged' Loucas took over.

In the line of visitors we also saw players and Dota stars such as Martin 'Saksa' Sazdov, Janne 'Gorgc' Stefanovski, Lawrence "Malystryx" Phillips, Michelle "Moxxi" Song, Moritz Zimmermann and other esports personalities such as Eefje "Sjokz" Depoortere and Laure Valée.

After 30 long minutes, the show finally started and were able to watch and enjoy True Sight:

True Sight 2018 was one of the best esports documentaries we've seen so far and this years edition is a worthy successor! Right from the start you'll notice that it differs much from TI8 edition. The editing is funnier, more light-hearted and doesn't make you feel the epic pressure of the Grand Finals as much as earlier episodes. This is the perfect story of these two teams.

"In Unity we are strong"

For the first time ever we knew that one team would win the TI twice: OG won in 2018 and Liquid in 2017 - both teams had been there, feeling the pressure in the booth and having the experience of being followed around everywhere for True Sight.

Another important factor for this True Sight: there is no winner or loser nor an antagonist or protagonist. This is a match between friends and old companions. Miracle- played with N0tail, Kuro and MC with JerAx and don't forget about Kuro and N0tail's shared time at Team Secret.

This is why both teams got the same amount of screen time in the film. Even after OG's victory the makers took their time to follow Liquid and show their feelings and thoughts.

True Sight shows us perfectly how these players think, act and try to win matches. It's teaching everbody a lesson who wants to achieve greatness - not just in Dota 2. This is why this edition of True Sight is a must watch. In the end at least Kuro S. 'KuroKy' Takhasomi realizes his next steps if he want to surpass his old friend N0tail: 'Shit. Now I have to play TI twice more'.

What was your favourite moment in True Sight?