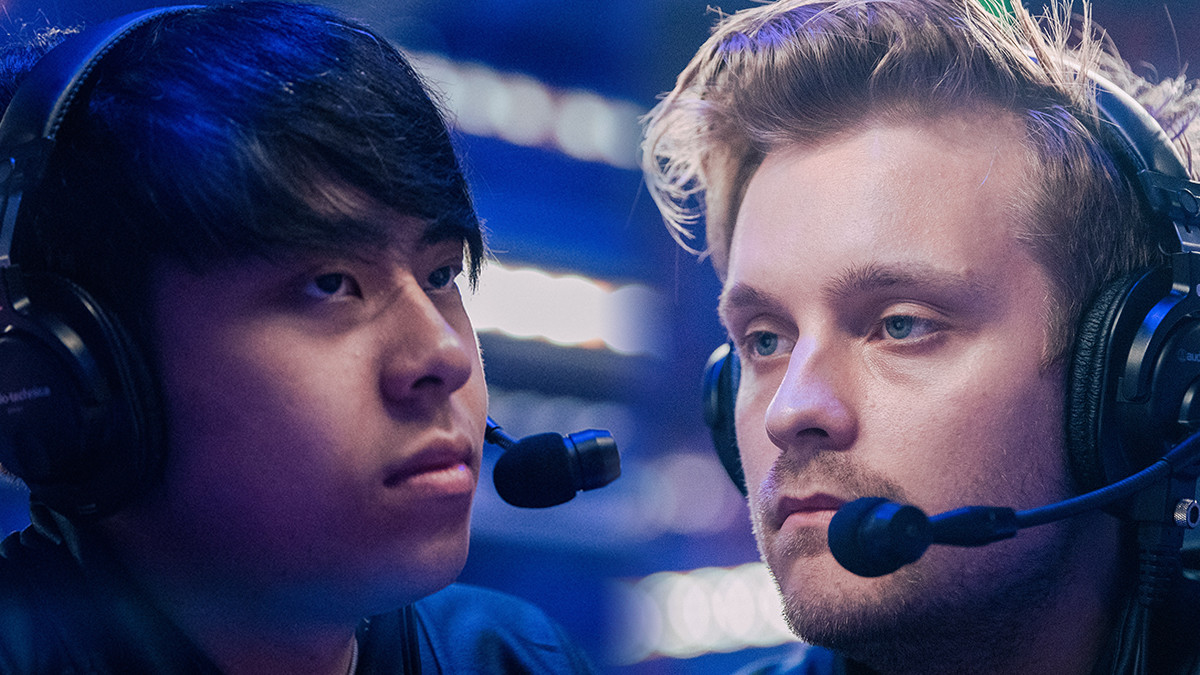 posted by NanaKrustofski,
There are just three players left on OG: Jesse 'JerAx' Vainikka announced his retirement and Anathan 'ana' Pham extends his break until next season. Let's take a look at possible successors for the two legends.
ADVERTISING:

Who yould replace JerAx as a support?

Martin 'Saksa' Sazdov is not only the tallest professional Dota player but also an incredibly skilled support. He claimed first rank on the European Support leaderboards for a long time and is currently on rank 5. So far, his biggest success was his underdog run with Digital Chaos* to the second place of The International 2016.

Most recently, he played for Ninjas in Pyjamas and ever since leaving the team last September, he's been a free agent. He is not completely out of the competitive scene as he also participated at the WESG Qualifiers with a temporary stack last month.

North American support player Zakari 'ZfreeK' Freedman already plays under OG's umbrella. While he now is part of their trainee squad OG Seed, he also has the potential to play in their main roster.

So far, he was not able to collect big trophies as he only played for compLexity Gaming for five years and the team constellations never worked out. But during those five years, Zfreek was always praised for his skill, counting as one of the most promising supports in the scene who just had no chance to blossom yet.

Kim 'DuBu' Duyoung lastly played for Geek Fam, but left the team in January. The South Korean player has been a part of the competitive scene for years and attended many Majors and the past three Internationals.

His signature heroes also include JerAx' flagship Earth Spirit, as well as Witch Doctor and Disruptor. However, the language barrier could pose difficulties. He's also only played for Asian teams so far, therefore a change of region does not seem to be too likely.


Who could replace Ana as carry?

He gained experience playing carry professionally for Quincy Crew. The team was of course not quite in the same realm of skill as OG. But over the years, SumaiL proved to be one of the best players of this game. A change in region might also favour him, having played in North America his entire life so far.

Using him as carry could also be considered a waste of his insane experience as midlaner. It does however not seem likely to deploy him as midlaner either, since Topias 'Topson' Taavitsainen gives no reason why he should abandon his lane and switch to carry.

Malaysian newcomer Cheng 'vtFaded' Jia Hao started to catch some attention at the Epicenter M: Southeast Asia Qualifier. The pub star then got picked up by Chaos Esports Club for The International 2019 and later joined EHOME, but had to leave the team because of allegedly unfair treatment.

He is currently listed as a free agent and being quite young with 21 years, he also stands at the beginning of his career. Rumour has it that EHOME's leadership was not able to create an environment where he could further improve and focus on Dota. OG on the other hand could be more supportive to the newcomer, as they also opened their trainee squad OG Seed.

It might only be a Reddit meme, but let's include the rumours about Janne 'Gorgc' Stefanovski. Could the streamer actually join the world class organisation?

At the current state it seems like a far stretch, but Gorgc has undeniably a lot of knowledge and mechanical skill. But he also lacks some important features of a pro player: he has no experience of playing competitively on a big stage and he does not share the same mentality as players in a fixed roster.

Nevertheless, neither Johan 'BigDaddyN0tail' Sundstein's nor Titouan 'Sockshka' Merloz's abilities as coach and captain should be underestimated. With their guidance, they could surely forge any player to become a reliable, dangerous addition to their team.

In general though, "OG.Gorgc" will most likely stay a meme and not turn into an actual roster change.

There are however a few issues: When leaving Secret, he announced that he wants to stay in his home country for the near future, as travelling and living in other regions for several years was quite exhausting to him. And most importantly, he is not a carry and has no experience in playing position one competitively.

Similar to SumaiL, he would either have to take on a role he has not yet played on a professional team, or he would continue as a midlaner and Topson could change to the carry position.

Heyy... Forget what I said.. pic.twitter.com/QtnTfnlmGW

Who do you think will join OG?