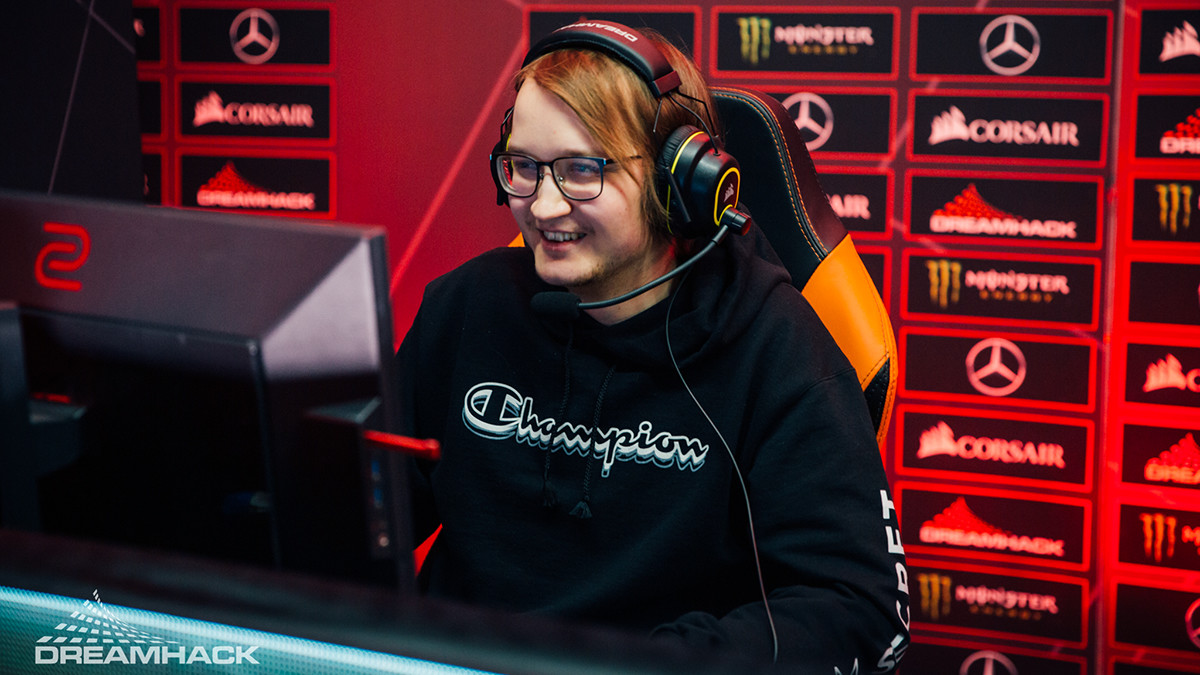 posted by NanaKrustofski,
No monkey business: the playoffs at DreamLeague Season 13: The Leipzig Major go into the hot phase. Four top teams met in the second round of the Upper Bracket. Let's take a look at the Vici Gaming vs Evil Geniuses, as well as Team Secret vs Alliance.
ADVERTISING:

Evil Geniuses had to concede a heavy blow in their series against Vici Gaming. The Chinese team took home both games in a convincing manner, closing the ecounter 2-0.

The first match was a clear 27-6 win for VG. Zeng 'Ori' Jiaoyang had an incredibly deadly performance with his Outworld Devourer (14/0/4).

EG on the other hand counted on Slark for Artour 'Arteezy' Babaev and Invoker on Abed 'Abed' Yusop, but both players did not have much impact.

EG could not fight back in game two. Vici had the lead throughout the entire match and eventually finished it after 43 minutes. While Zhang 'Eurus' Chengjun dealt the most damage on Drow Ranger, Han 'pyw' Xiong took home the trophy for most kills on Doom (11/6/13).

EG went for Slark as carry again, but Arteezy got completely restrained. He was not able to keep up in farm and dealt the least amount of damage among all ten players.

Despite losing the match, Andreas 'Cr1t-' Nielsen managed to pull off an amazing play on Tiny, blinking into the Rosh Pit, Toss-Avalanching three of Vici's players and snatching the Aegis.

Vici displayed their incredibly strong coordination and also outdrafted EG as well. They will face Team Secret next in the Upper Bracket Final, EG continue their journey through the Lower Bracket, going against the winner of Invictus Gaming versus beastcoast.

VICI IS GODLIKE!!@VICI wins the series 2-0 against @EvilGeniuses.

EG will drop to the lower bracket as they are down but not out! pic.twitter.com/eTabEVGiao

Game one: The year of the rat

The second series of the day went down between Team Secret and Alliance, ending with a clear 2-0 for Secret.

In the first match, Secret clearly had the upper hand, finishing the match with a 40k networth lead. Michał 'Nisha' Jankowski went for a rat strategy with Arc Warden, dealing 64% damage on enemy buildings.

Lasse 'Matumbaman' Urpalainen picked Monkey King as carry, a hero we usually saw him playing on mid only before. With 28-12 kills and a massive networth lead, Secret came out on top after 45 minutes.

First game is in the bag! One more game to win for the Upper Bracket Finals ⚔️#SecretDota #DHDL13

Secret dominated the entire second match. After 26 minutes and a 37-5 score, Alliance had to surrender. All of Secrets players displayed a strong performance, Yazied 'YapzOr' Jaradat finished with a 10/0/12 Skywrath, Ludwig 'zai' Wåhlberg with a 7/0/14 Night Stalker and Lasse 'Matumbaman' Urpalainen got crowned MVP on his omnipresent Monkey King (11/1/10).

While Secret are currently on top of their skill playwise, they also straight up outdrafted Alliance. Neta '33' Shapira stood no chance with Legion Commander against Monkey King, whereas Linus 'Limmp' Blomdin's Puck constantly got rendered useless against the high amount of stuns and silences from Secret.

Team Secret will face Vici Gaming in the Upper Bracket Finals next, Alliance will go up against the winner of the series between Team Liquid and TNC Predator.