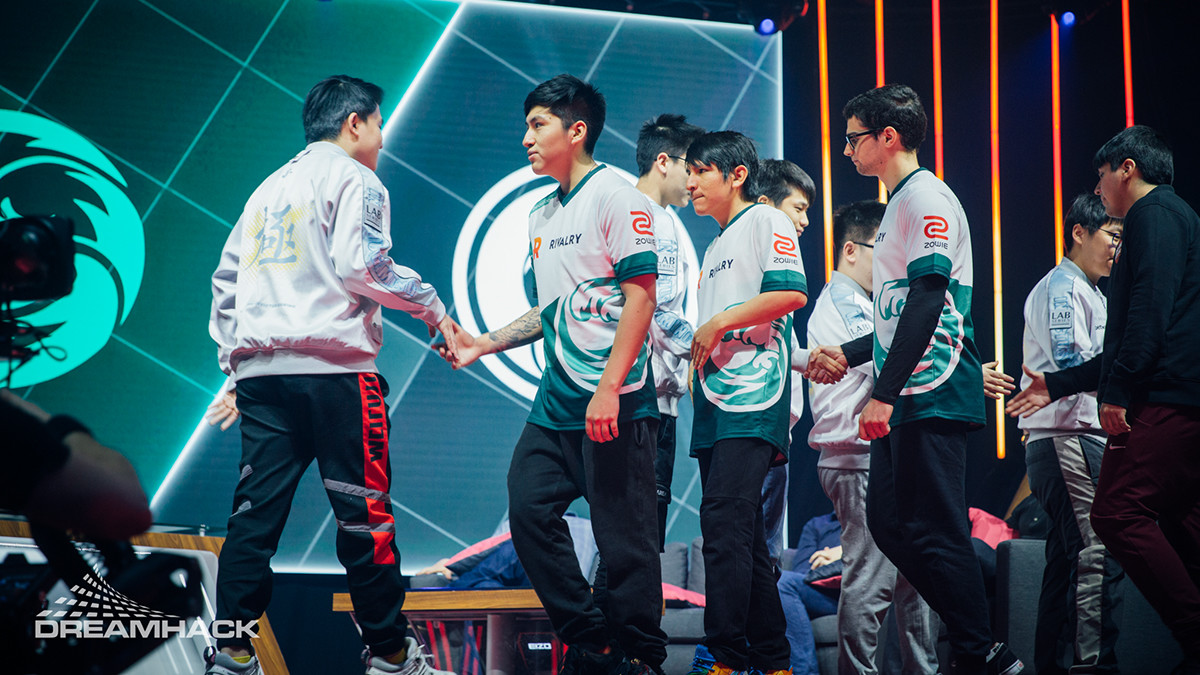 posted by NanaKrustofski,
Two more teams fell victim to the elimination matches of DreamLeague Season 13: The Leipzig Major. But the winners are still fighting their way through the Lower Bracket. Let's take a look at the matches between beastcoast and Invictus Gaming, as well as Team Liquid and TNC Predator.

beastcoast fought hard against Invictus Gaming but in the end, the Chinese team took the series 2-0.

The first match was a truly bloody battle: after 50 minutes, the kill score was 24:51 in favour of iG who consequently also claimed the victory. iG won all their lanes, getting 17 kills before the 15 minute mark and managing to use their advantage to outplay bc in the subsequent team fights. They managed to get kills on all of their lanes at the same time, not leaving bc any air to breathe.

A large portion of beastcoast's kills fell to Zhou 'Emo' Yi with his dominating 20/2/19 Leshrac, dealing nearly 70k damage. His Disco Pony seemed nearly unkillable, even surviving Elvis 'Scofield' de la Cruz diving him past his tier three tower. Scofield was barely able to retreat from his kamikaze mission with a nice escape.

Despite bc being at a disadvantage, Hector Antonio 'K1 Hector' Rodriguez Asto still managed to prove his insane ability to farm efficiently. His Phantom Lancer got the most last hits and second highest net worth.

Essential to iG's strong team fights was Thiay 'JT-' Jun Wen with Sandking, ending the match 11/3/25. beastcoast eventually had to surrender and game one went to iG.

beastcoast amped up their performance in the second match, but iG still managed to came out as winners. K1 once again surpassed his farming skill, this time going for a Doom carry. He constantly held the networth lead and also achieved a 12/5/10 score line. His carry build included Phase Boots, an early Radiance, BKB, Manta Style, Heart of Tarrasque, Shiva's Guard and a Silver Edge.

But Doom's biggest nemesis turned out to be Hu 'Kaka' Liangzhi with Skywrath Mage, killing Doom four times and overall dominating with 11/4/8.

beastcoast got eliminated from the tournament, whereas iG will face Evil Geniuses next in the Lower Bracket Round 4.

Team Liquid once again delivered a series full of highlights. This time, their opponents were Major winners TNC Predator. After three games, Liquid took the series 2-1.

The first encounter started out rather even for the first two thirds – until Liquid managed to gain the upper hand and win the game.

While Michael 'miCKe' Vu dealt the most damage and kills on Drow Ranger (13/0/8), Aydin 'iNsania' Sarkohi's Oracle provided the necessary backup to help out his carry.

After a successful Roshan kill, Liquid utilized their Aegis to the max and rushed towards TNC's base. After losing the following team fight TNC was left without buybacks and the first round went to Liquid.

In the second match, TNC came out as the stronger team, catching up 1-1. While the two contenders had a rather even kill score, TNC managed to stay ahead in farm during the entire match.

Armel Paul 'Armel' Tabios started strong, dealing high damage
early on with Templar Assassin. He finished the game with highest networth. While getting a triple kill near the enemy Shrine and hunting down Michael 'miCKe' Vu as his fourth prey, miCke managed to pull off an amazing TP escape with Morphling.


Despite losing the game in the end, Tommy 'Taiga' Le lived up to his reputation and once again delivered an amazing defense on Earthshaker, perfectly separating and stunning with Fissure several times.

But in the end, they could not repel TNC and had to surrender, taking the series to a third match.


Game three: It's a Black Hole

After 54 minutes, Liquid was able to close the series 2-1. The team had the upper hand throughout the entire match, except when losing a big team fight after 30 minutes, nearly throwing their lead.

Taiga went for a heavily farmed Enigma (6/2/18), buying his Blink Dagger at only 9 minutes. He then went for a BKB, Refresher, Aeon Disk, BoTs and an Octarine Core.

The combination of Taiga's Black Hole and Earthshaker's Echo Slam was too much for TNC and they had to surrender after 54 minutes.

TNC are now eliminated from the tournament. Liquid advance to round four of the Lower Bracket, facing their former organisation: Alliance.