Coach, software developer or doctor? The life after the career as a DotA pro 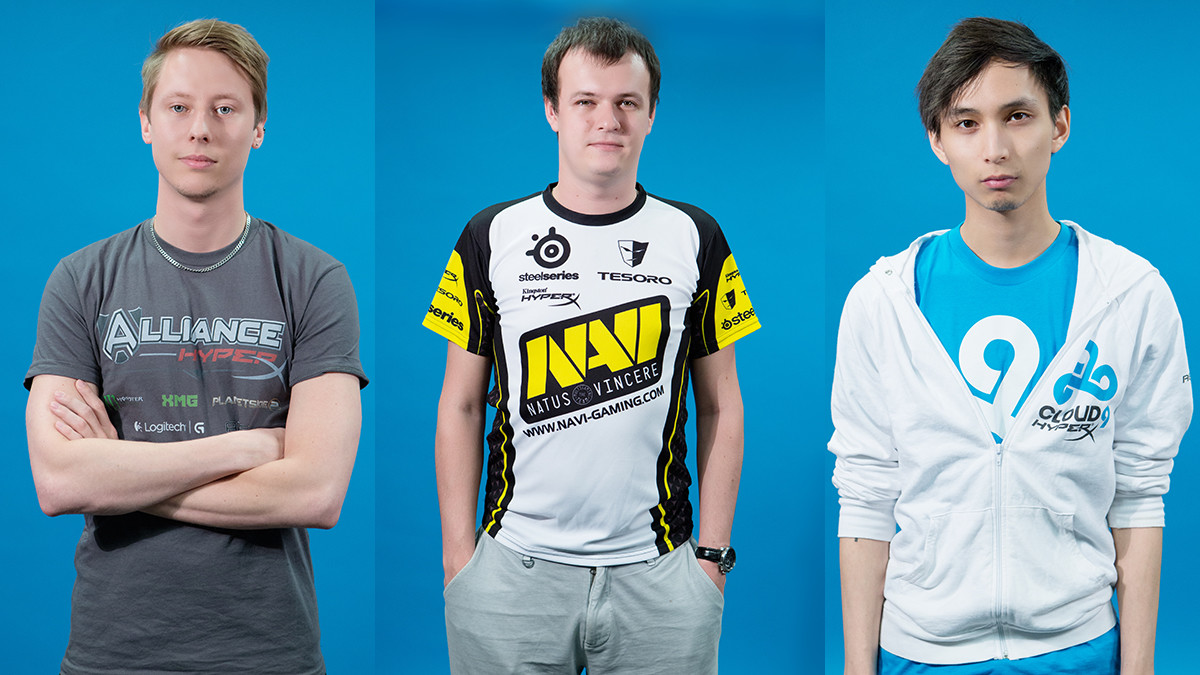 posted by NanaKrustofski,
The competitive Dota scene has existed for over ten years. While some of the DotA allstars from the early days continued their career as pro players, others branched into completely different sectors. Let's take a look at a few former pro players and what path they decided to pursue.
ADVERTISING:

Then: Wehsing 'SingSing' Yuen started as a streamer until he got picked up by Mousesports* '12 in 2011.

Despite switching teams frequently, SingSing always counted as a fan favourite thanks to his catchphrases and unique playstyle. He even has his own courier in-game, the Beaver Knight. In 2016 he announced his retirement from professional Dota. Occasionally he still takes part in qualifiers for fun.

Now: SingSing went back to his roots and currently makes his living as fulltime-streamer with over 560,000 followers on Twitch. Dota is still his core game, but he also streams other titles such as Monster Hunter, They are Billions and Sekiro.

Then: Starting to play DotA in 2007 , later joining Scythe*, getting third place at TI1 and even starring in Valve's documentary Free to Play, along with Danil 'Dendi' Ishutin and Clinton 'Fear' Loomis: Benedict 'hyhy' L. H. Yong had a strong kickoff in his career. But his run was roughly interrupted when he had to fulfill his mandatory military service.

Now: After the military, he was not able to make a comeback. Hyhy also tried playing League of Legends professionally, but with his current role he took another turn. He is now working as Strategy Director at Infinitus E-sports, a project by Infinitus Tech that builds a live app for esports tournaments for example.

Then: Jon 'BabyKnight' Andersen already was part in the early days of competitive DotA as well, even holding the top rank for three years at Dota-League.com before the page shut down. However, DotA was not the only game he was skilled in. Instead of committing to Dota 2, he focused on StarCraft II.

In 2014, he retired from SCII and went back to Dota, playing for several tier 2 teams until he eventually disappeared from the competitive scene.

Now: Last August, BabyKnight announced that he wants to return to the scene again. So far, he participated at several qualifiers with Ascomanni.

I'm finally confident in saying that I will be returning to the scene this season. It's been a rough two years, but my health has been steadily getting better and better. I'm not waking up with headaches every day anymore. Thank God. I wanna play competitive again!!!!

Then: Another DotA veteran is TI1 winner Alexander 'XBOCT' Dashkevich. He played under the flag of legendary Natus Vincere for five years until venturing into other CIS teams and eventually coaching Na'Vi.

Now: XBOXT regularly appears as a caster in Russian productions. Apart from broadcasting on stage, he's remained loyal to Dota on his stream: the game is still his core section and gets most viewers. He also streams other titles such as Counter-Strike, GTA or Hearthstone.

Then: Active pro player since 2006 and one of the legendary members of TI3 winners Alliance, Joakim 'Akke' Akterhall is well-known in the world of Dota 2.

Now: After quitting competitive Dota, Akke went on to pursue a career in software development. He also became a father to a boy: Illidan.

Didn’t think we would leave our home yesterday since Bummi got a high fever but it miraculously disappeared today 🙌 just got home after spending some time at Bummi’s parents place and gonna go to my parents tomorrow. Happy holidays everyone! 😊🎄 https://t.co/J2Flx6yhtS pic.twitter.com/LP1YOggQQf

Then: Jacob 'Maelk' Toft-Andersen is one of the oldest personalities in DotA with his career starting as early as 2005. Gaining attention by winning smaller tournaments, his team got signed by Meet Your Makers*.

After making it fourth place at The International 2011, Maelk switched regions and joined Evil Geniuses. Eventually he took over the role as coach, but soon he left the scene and pursued a different path.

Now: Maelk passed several stops in his further career. From freelance commentator and consultant to Esports Manager at the German soccer club Schalke 04 to his current profession, Vice President at 100 Thieves – Maelk's roots started in Dota but he successfully branched out into other disciplines.

Excited to welcome Jacob Toft-Andersen (@TheMaelk) to 100 Thieves as our new VP of Esports! Jacob will be responsible for all our competitive teams, including expansion into new titles. A former professional player himself, Jacob joins us from OpTic Gaming. Welcome to the family! pic.twitter.com/4kyKo1PHHK

Then: Kai 'H4nn1' Hanbueckers started playing DotA in 2004, eventually joining Meet Your Makers together with Maelk. After the organisation got dissolved, he even joined a team with Kuro S. 'KuroKy' Takhasomi and Clement 'Puppey' Ivanov. After moving on to Dota 2, he played for a few teams, then took a break and made some appearances as a broadcaster, until lastly making his comeback on Ninjas in Pyjamas in 2017.

Now: H4nn1 left NiP a few months after his return to the competitive scene and went inactive again. It seems like this time, he left Dota for good to follow a completely different path: according to his Twitter, he is "leaving gaming behind to become a doctor".

Then: Zhang 'xiao8' Ning was part of the very first line-up of Invictus Gaming, taking part at TI1. He continued his journey through several other Chinese teams. The peak of his career as an active player was with Newbee, claiming the Aegis at The International 2014.

Now: After eight years, he stepped down as a pro player and now uses his experience and knowledge to coach the players on EHOME. He also occasionally worked as an analyst during The International.