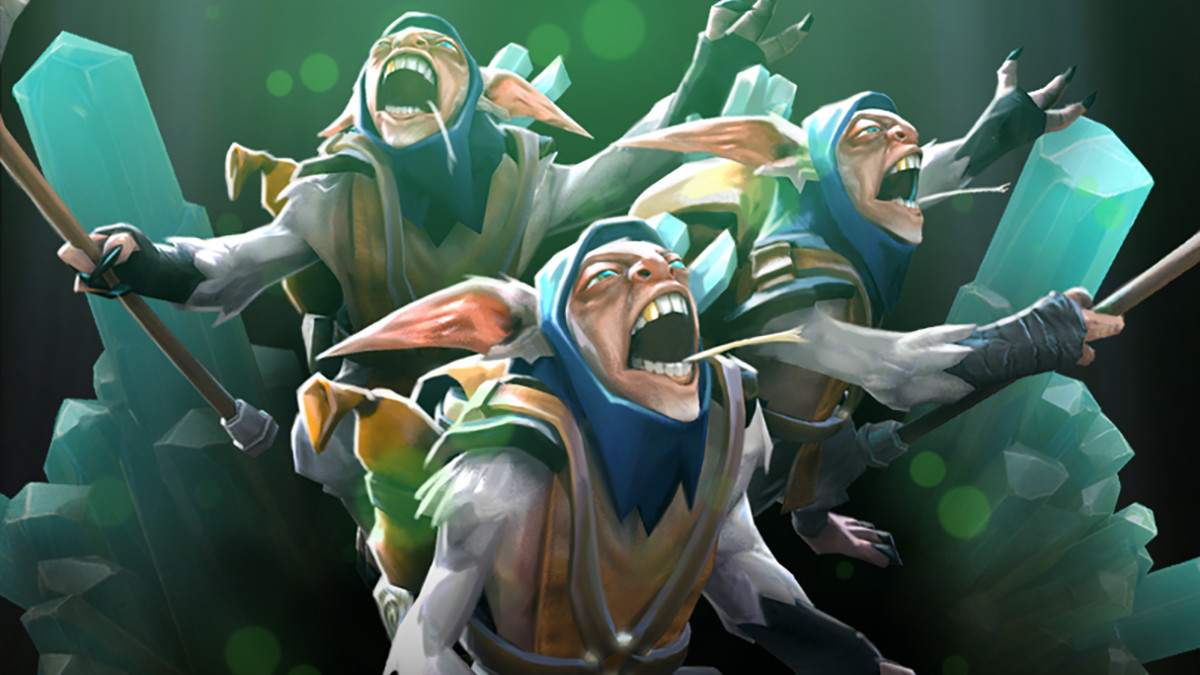 posted by NanaKrustofski,
Dota teams usually have their five standard players. Additional members who can step in as substitutes during a tournament rarely see use in practise – despite being a rather popular strategy in other esports. Could a larger roster with several more permanent members who regularly practice together be beneficial for Dota teams as well?
ADVERTISING:

Not a novum in esports: LoL and OW set the tone

Some Dota teams, especially from Asian organisations, occasionally add a sixth player to their line-up. But they do not seem to have a noticeable impact. Also, employing more than one substitute player does not seem to occur.

In the competitive scene of Overwatch, additional players are more common. However, they are being used a bit differently. Because the game is being played on various maps and in different game modes such as Assault, Control, Escort and Hybrid, there are always different heroes and playstyles that are especially powerful in a specific situation.

For example, if the next map will be the Assault map Temple of Anubis and you have a very strong Widowmaker player as sub, you can switch them in since the hero profits from several possible points where she can snipe from.

I can't really work out a compelling argument for an organiser to disallow a roster that wants to bring more than the standard 5 players.

Could be an exciting evolution if a team really manages to make it work.

League of Legends: Ten players on one team

Riot Games' League of Legends is an even better example as it is also a MOBA. Interestingly, subs are nowadays standard in LoL. For the LoL European Championship (LEC), it is even mandatory to have at least one sub on the roster.

At first, organisations were not too pleased with this regulation and simply declared a player as sub to fulfill the requirement, despite not having any interest in actually letting them play. Over the years, teams realised the potential of having subs, so more and more actually acquired additional players.

Top teams in LoL often do not include too many subs, as they are already successful at what they are doing. Less well-known or skilled teams however often have up to five subs on their roster, any player can be switched. Therefore, teams often have ten players in total under contract.

It is also possible to exchange during a best-of-series in between the matches. If the first constellation lost, it can even happen that all five main players get replaced before the next game starts.

So: Could it be useful for Dota teams to add more players to their roste? Let's take a look at some possible benefits and also disadvantages.

More diverse strategies: Every player brings their own playstyle and specialises on specific heroes. Therefore, teams can make use of a broader hero pool among their players and establish more tactics. Additionally, it could also be beneficial after big meta changes, when a main player hasn't adjusted their playstyle yet, whereas the sub may have found better into the new patch.

It's healthier: Having an additional force to step in could lift a burden from the shoulders of players. With less intense schedules and pressure on them, it potentially reduces the risk of burnouts and getting sick. Players could also go on a break without completely disappearing if they want to.

Discover new talents: For aspiring new players that did not quite make the cut for being on a tier 1 roster, it could be a chance to get discovered and prove themselves. Occasional performances at tournaments also boost their development, as the experience to play on stage highly differs from pub games.

In LoL for example, subs often come from academy teams – which also are not a common thing in Dota. Chinese teams pose an exception, and world champions OG also added a roster of trainees, OG Seed. By having two teams per organisation and switching them if required, new blood can be supported more effectively.

With new players being on the roster as subs, they might also become interesting for other teams and could be sold, which would be a benefit for both: the player and the teams investing in their training.

Emergency? No problem: A player does not get their visa? They suddenly fall ill? Unable to play due to family incidents? Using a substitute player in those situations is already common practice. If the player stepping in would already have been on the roster beforehand and practiced with them for a longer period, the team would not suffer as much from the main player's absence.

If dota ever came to a point where we could swap out players between series or games, a team like Liquid is alread proof of how insanely strong that could be

Corr has been together for 2-3 years, imagine if they could still use matu every now and then to fall back on old strats

Money: Obviously, an additional player also means additional costs in several ways. More salaries, additional travel costs, higher insurance and more – not every team is able to support this system. It would create an unfair advantage between those tier 1 teams with backup from the largest organisations and their sponsors and smaller teams who have trouble funding themselves.

Who wants to sub?: Most players prefer to be the active. They want to be the first choice instead of being benched and only playing if necessary. While it could be a great chance for newcomers, they could also be doomed to be the backup every time, never having the chance to enter the limelight.

High risks: Switching in a player can also have a negative impact. For example, the enemies' draft forces the team to pick a carry you have to play safely and farm-heavy. The team originally intended to go for a more aggressive, quick playstyle and chose the respective player. Now, they have the aggressive player on the active roster whereas the more suitable safe-playing carry has to watch from the bench.

In traditional sports, subs most likely do not have a high negative impact because there are way more players to balance everything out. With eleven players on the field, like in soccer, exchanging your defender does not change the entire playstyle of a team. Also, players can be swapped during a match in soccer when they are exhausted for instance.

In Dota however, you cannot switch back to the main player in the midst of a match. When being counter-picked or outplayed in a way the main player could have withstanded, the swap might be a disadvantage.

Hard to practice: If you play as five stack over and over again, your team play gets polished. If you have to switch between your two carries for example, it is harder to hone your synergy.

Only one position: For maximum flexibility, it would require to have one additional player per role. If you only have a second carry, you still face issues when your offlaner gets prevented. Five more players would be incredibly expensive and especially for smaller teams not feasible.

Rivalries: A player counts on being a regular member on their team. With another person on the same position, who they even have to support and teach in a way, potential rivalries might form.

Confusing regulations: Tournament guidelines differ between organisations. When they are not uniform, this can cause issues. At the LoL World Championships 2018, a riot started because teams could only use one of their subs.

it actually sucks C9 cant utilize both their subs at worlds...

The future system in Dota?

In short: Subs could eventually be a rewarding addition to your team, helping out in difficult situations and boosting the flexibility and range of strategies. However, they could also pose a disadvantage as they potentially lower the overall teamplay because it is difficult to practice with more players. Other negative aspects should not be ignored either, but in different esports titles they seem to work out fine.

The infrastructure and general format of tournaments, organisation structures or tactics vary a lot between those titles. Therefore, subs may not work out in the same way and their usage should be adapted to the system of Dota 2.

What advantages or disadvantages do you see in substitute players in Dota?