EG tosses Gambit to Lower Bracket of ONE Esports Singapore 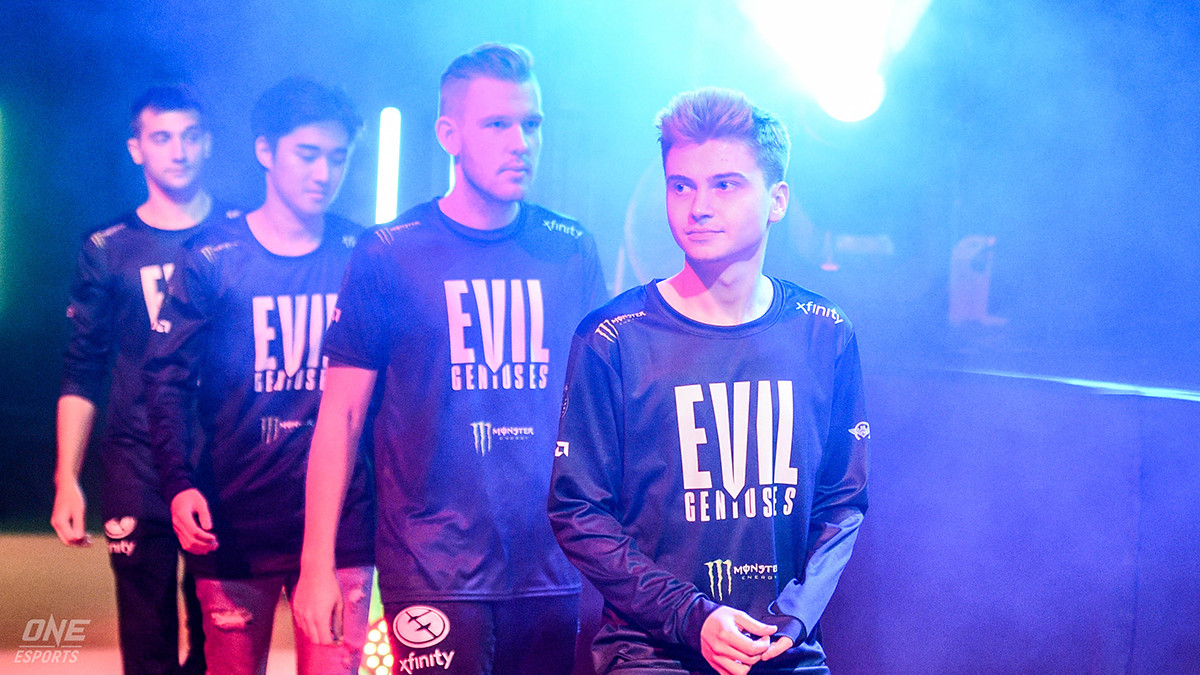 Vici vs. TNC: A Rapier is not enough to win the series part 2

Vici Gaming and TNC Predator fought to the very end, but eventually Vici prevailed with a 2-1 result. Game one lasted 65 minutes until TNC emerged victorious. Armel Paul 'Armel' Tabios had a strong match on his 11/3/20 Kunkka with 46.3k networth and the sharp blade of a Divine Rapier. Kim Villafuerte 'Gabbi' Santos got even more kills on Lifestealer.

In game two, Zeng 'Ori' Jiaoyang went for the slightly unconventional pick of a Timbersaw mid against Armel's Puck, but was greatly successful. He went for two Bracers first, a Bloodstone, BoT's, Lotus and a Hex. Vici constantly had the net worth lead and came out victorious in the end.

Game three was the second clear victory for Vici. Zhang 'Eurus' Chengjun went for the reworked Aghanim's Scepter on Slark and made it to a 14/0/5 result. TNC is now eliminated from the tournament, whereas Vici will face Team Secret tomorrow.

Contrary to the long series of Vici and TNC, Evil Geniuses stomped Gambit Esports with a quick 2-0. Game one ended after only 23 minutes and a 19/4 score.

Game two lasted only a few seconds longer, before ending with a 32/6 score. In both games, EG went for Naga Siren on Artour 'Arteezy' Babaev and Tiny on Andreas 'Cr1t-' Nielsen. Both players chose the same item build in both games. Cr1t put on a top notch performance and finished game two 6/1/17. Due to his steady rotations he made sure all three lanes were won. He especially boosted Abed 'Abed' Yusop's mid even further, who did not die a single time during the series.

EG is now confirmed as the first Grand Finalist of the tournament. Gambit has time to prepare for their next match in the Lower Bracket on the 22nd. Their opponent is not decided yet.