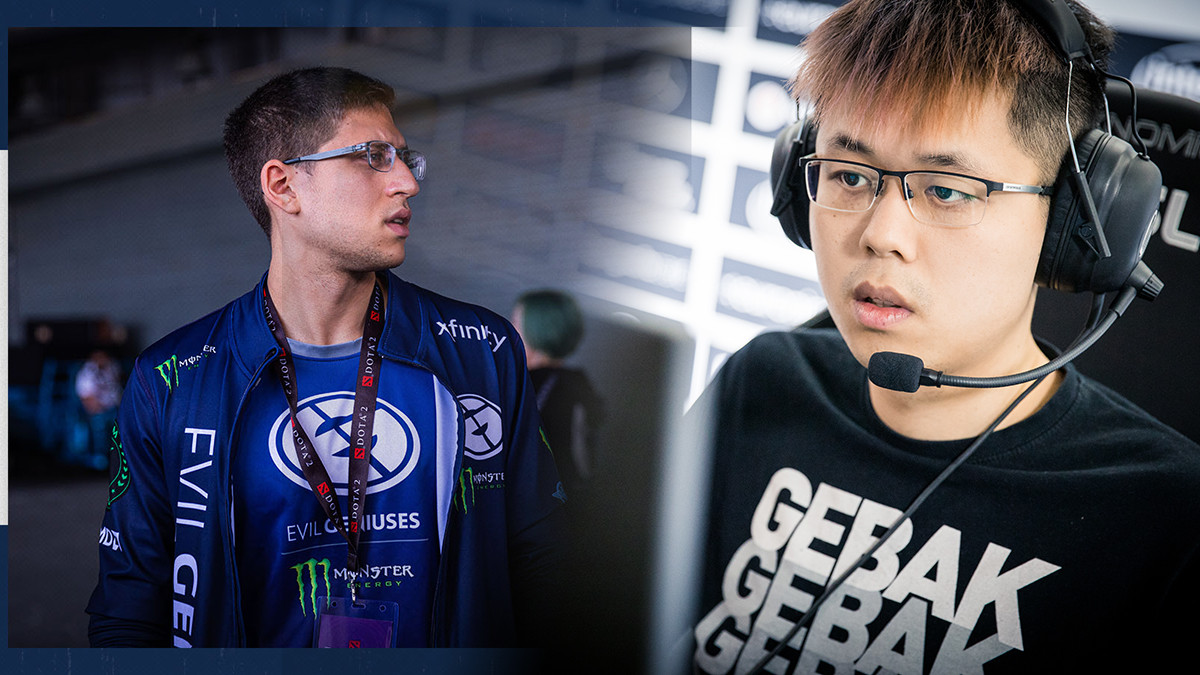 posted by NanaKrustofski,
15 teams made it through the DreamLeague Season 13 qualifiers. The Americas were the last regions to conclude. The last Major participant will qualify through the WePlay! Bukovel Minor 2020.
ADVERTISING:

NA: Visage is back

Ninjas in Pyjamas used to play in Europe in the last tournament qualifiers, but switched to North America for DreamLeague. A change of region could however not solve their problems: they fell short 2-1 against Fighting PandaS and 2-0 against Evil Geniuses. Now they have to fight in the WePlay! Bukovel M: North America Qualifier's for their last chance.

EG on the other hand successfully qualified for the Major, but not without tasting defeat. Their first encounter against PandaS resulted in a 2-1 loss for EG, despite Pandas' unconventional drafts. Jacky 'EternaLEnVy' Mao went for a Visage carry in both victorious matches. In game two, Jonathan Bryle 'Bryle' Santos De Guia robbed EG on his 7/0/5 Meepo, the match ended after only 20 minutes and EG were sent to the Lower Bracket.

Pandas went on to fight Chaos Esports Club. The former Quincy Crew had to rearrange their roster several times in the past months, but now added the Russian Dmitriy 'DM' Dorohin to their Offlane. The change seems to work out, Chaos won the matchup 2-0 and claimed the first Major slot.

Does @GranDGranT give the best post-match interviews?

EG and Pandas met again in the Lower Bracket finals. This time, the victory decided about the second and final Major slot. EG got their revenge and finished them off 2-0. Artour 'Arteezy' Babaev carried them to victory with zero deaths, first on Terrorblade, then on a bloodthirsty 19/0/8 Bloodseeker. The highlight of the match however was David 'Moonmeander' Tan, who managed to swap Storm Spirit in his ball-lightning from mid-air.


SA: Meepo digs his own grave

paiN Gaming were the first SA-team who went through the qualifiers by defeating beastcoast 2-0. With nearly 28k networth advantage and a kill-heavy Gyro x TA combo, game one ended in favour of the Brazilian team. beastcoast used paiN's weapons against themselves and picked TA for their own in the second match. The hero got banned first in game number three though, so Jean Pierre 'Chris Luck' Gonzales tried to surprise his opponents with a Meepo pick, but he wasn't able to turn the game around. The beasts were defeated and were cast down into the Lower Bracket.

beastcoast versus EgoBoys concluded the final match in the SA Qualifiers. The Peruvian beastcoast scorched their way to the second Major slot with a 2-0: Chris Luck got the most kills in both matches on his Lina.


Do you think we will see more Visage picks?