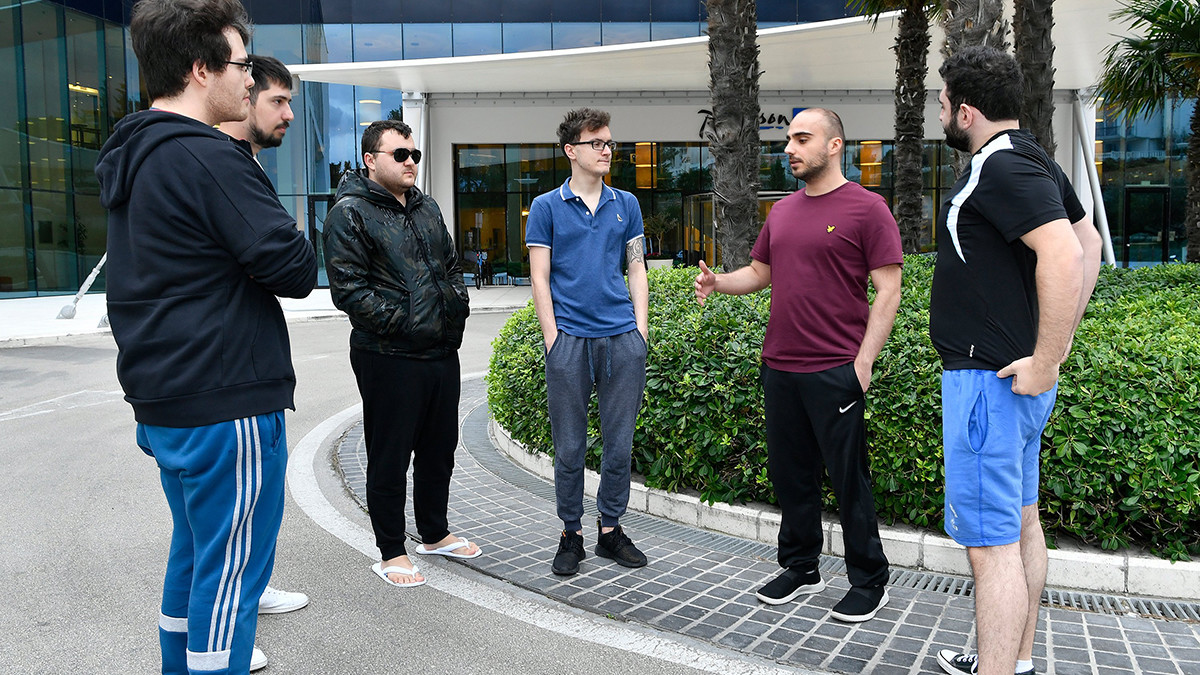 posted by NanaKrustofski,
Former superstars Nigma Esports are out. After their disappointing struggle at the DreamLeague S13: EU Qualifier, they were not able to get a spot at the Major.
ADVERTISING:

Team Secret won the first EU slot at the Major by defeating Nigma 2-1. Especially Michał 'Nisha' Jankowski on his Magnus with Aghanim's had much impact on the game results. Lasse 'Matumbaman' Urpalainen flourished in the matchup against his former team-mates as well: in both of the games they won, he achieved most kills, first with a 12/1/12 Weaver and then with 11/1/10 Anti-Mage.

In the second game, Nigma were able to catch up again. Omar 'w33haa' Aliwi carried the game on one of his signature heroes, Templar Assassin. But they could not continue this strat in game three, as TA quickly got banned. After the second loss, Nigma had to go against Alliance to play for the last remaining EU slot at DreamLeague.

Magnus entered the first game in their encounter against Alliance as well. Nigma still decided not to ban the hero and as a result, Linus 'Limmp' Blomdin skewers them to their loss with his 9/1/13 performance. While the game started out rather evenly, [A] turned the match into their favour after winning a big teamfight after 20 minutes. Not even hitting Adrian 'Fata' Trinks's courier in the face with a tree could stop them.

In game two, Magnus got finally banned – but Nigma still had no chance. Alliance finish the series 2-0 with a 42/22 score. Limmp did not need the Magnoceros to dominate the battlefield, his 16/0/15 Tiny was just as deadly. In game two, they swapped Omar 'w33haa' Aliwi and Amer 'Miracle-' Al-Barkawi, but Miracle's mid Shadow Fiend could not change their fate either. It seems like so far, Nigma have not adjusted to the current meta, since their drafts were not on point and they often got outpicked by this patch's beneficiaries and w33 still has to prove that he can play on a bigger hero pool on tier-1 level.

Winning moment vs Nigma that sent us to Leipzig for #DreamLeagueS13!😁

The International 2019 runner-ups Nigma are considered to be one of the strongest teams in the entire Dota scene. Now, their highly anticipated comeback was rather disappointing. In the group stage, they completely underperformend and even lost maps against tier-2 teams. They barely made it to the qualifier playoffs by defeating Ad Finem in a tiebreaker, and now they blew their last chance to qualify directly. Their only resort left is to make it to WePlay! Bukovel Minor 2020, of which the qualifiers already start tomorrow.

A weak kickoff does not mean that the star stops shining. In last year's season, they went a similar path on Team Liquid: they failed to make it through the The Kuala Lumpur Major: Europe Qualifier, but came back and nearly got the Aegis for a second time.

Do you think the team can find back to their old strength?