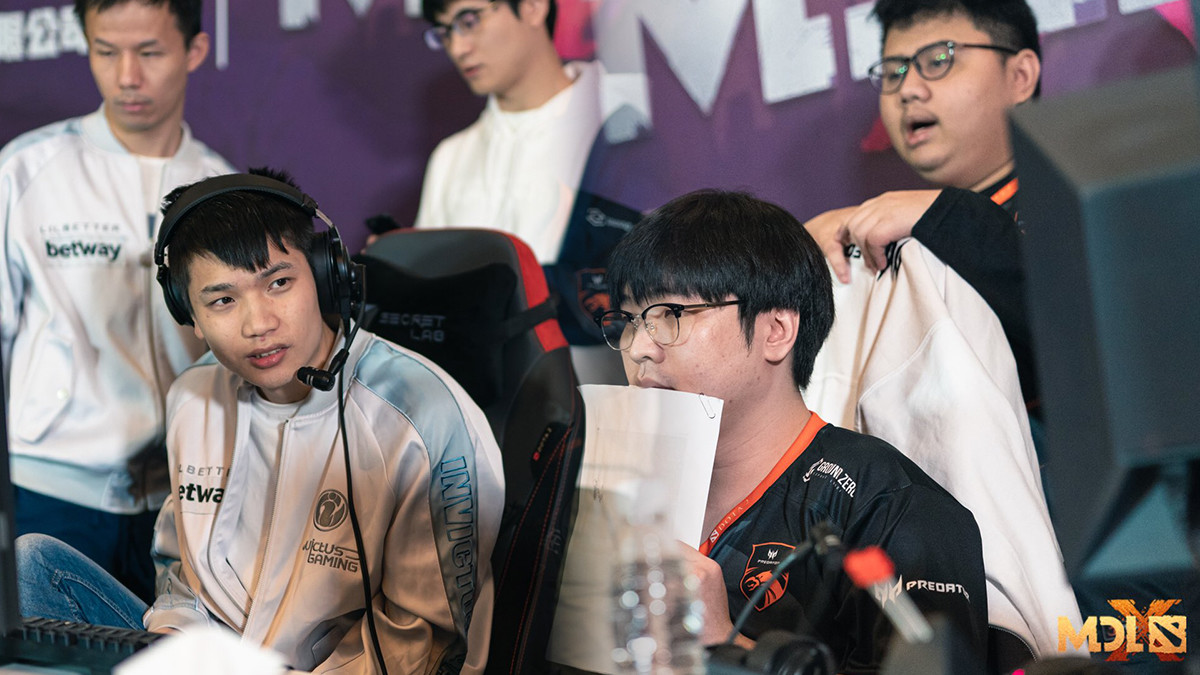 posted by NanaKrustofski,
All six Asian teams for the DreamLeague Season 13 are set. While TNC Predator was on a rather dominant run in the last tournaments, they now had to face some blacklash.
ADVERTISING:

China: group stage results are not everything

Invictus Gaming continue their success spree. After a 2-1 against EHOME, they take the first Chinese slot at the Major. Key to their success was Zhou 'Emo' Yi on Ember Spirit who went for BKB-Maelstrom-Desolator both times. Despite EHOME being top of their group, they could not translate that into a victory and had only one chance left to qualify directly for the Major by playing for the third place.

The second CN squad that qualified for the Major are Vici Gaming. They defeated Team Aster 2-0. Zhang 'Eurus' Chengjun ended the fist match on a dominant 9/0/10 Night Stalker – the game concluded with a 22-4 score in total.

Aster then had to face EHOME in the battle for the last CN slot. EHOME blew their last chance to qualify directly by losing 2-0. Their last resort now is to make it to and through the WePlay! Bukovel Minor 2020.

Fnatic claimed the first SEA slot in a 2-0 against TNC Predator. Newcomer Neungnara '23savage' Teeramahanon had a kill-heavy performance on Razor and Drow Ranger, whereas his counterpart, rising star Kim Villafuerte 'Gabbi' Santos, struggled to have any impact. He ended both games with only 1 kill and 4 deaths – not enough to carry his team.

He slightly found back to his form in the third place match against Cignal Ultra, where they managed to win 2-1 and get the final SEA slot at the Major. However, the series ended with some problems since Cignal faced issues with their internet connection due to a typhoon hitting the Philippines. People criticise the DreamLeague admin for not giving them more time to reconnect, and share their sympathy with Cignal, whose dreams are now crushed. They face the same fate as EHOME and now have to try to qualify for the Bukovel Minor.

It was a bit anticlimactic with the pertinent disconnection issue but the boys end up qualifying to the #DreamLeague Leipzig Major.

GGs to Cignal Ultra and goodluck to them and to the other teams vying for a spot at the Bukovel Minor.#StrongerTogether#SummonYourStrength pic.twitter.com/mqc3dTuqtc

The remaining slot was taken by Reality Rift who defeated Cignal 2-1 previously. After losing the first round, they successfully drafted Faceless Void for Andrew 'Drew' Halim in the next two matches. Another Ember Spirit appearance on Hiew Teck 'AlaCrity' Yoong added to their dominance in game three.

What team are you rooting for the most?