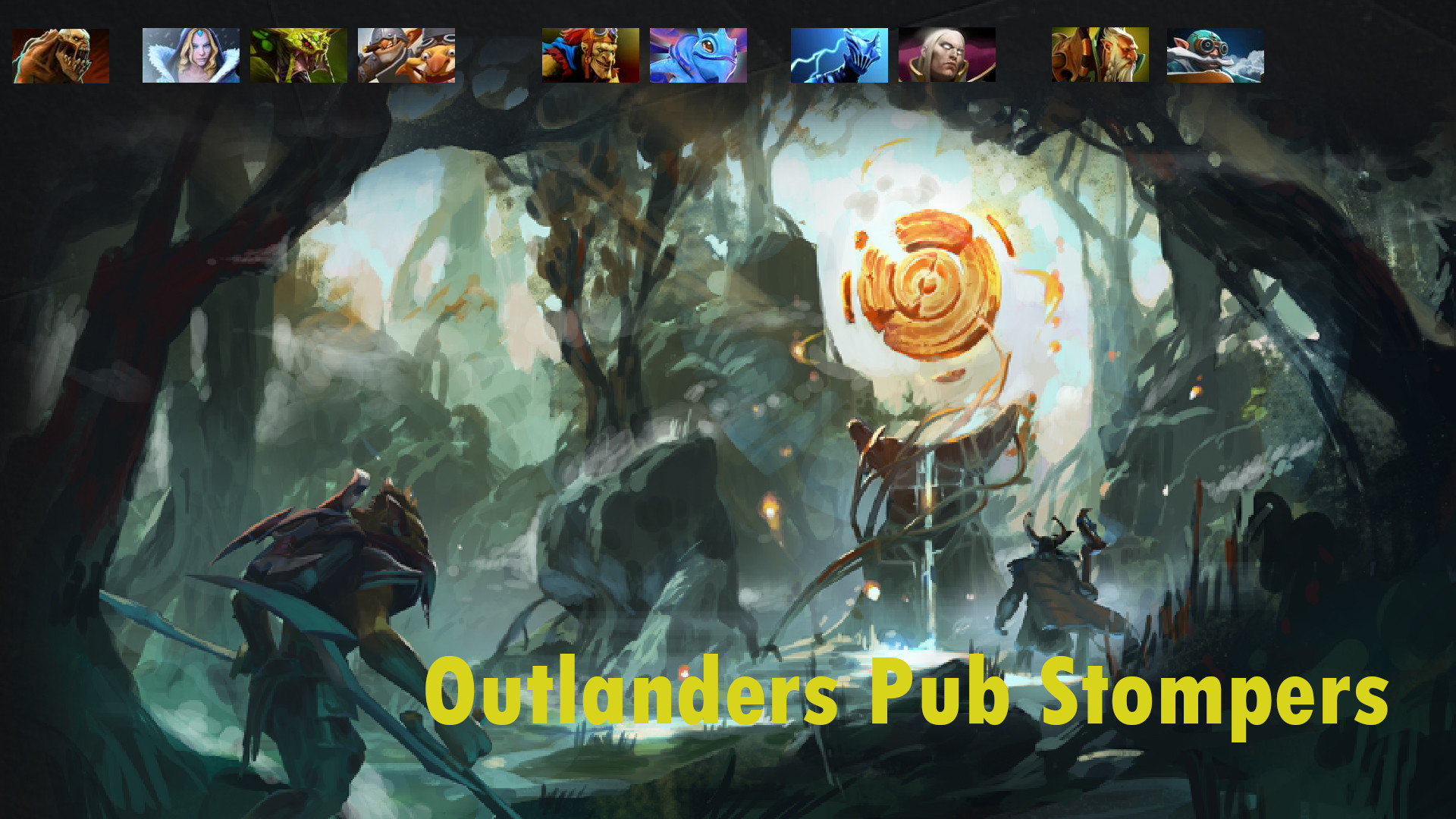 posted by Liightsdota,
The long awaited Outlanders patch was finally released, bringing sweeping changes that Dota fans everywhere have been clamouring for since TI. The most impactful of these changes, the introduction of jungle creep exclusive “neutral items” which drop naturally as you farm, will dictate much of how the game is played on the new patch.
ADVERTISING:

Accumulating gold is a lot less meaningful because of all the new free items flying around for everybody. Holding areas of the map with vision control will become more crucially important, to allow more jungle camps to be taken by your team. There is value in protecting jungle camps, and in cores farming some neutrals rather than always focusing on waves like before the patch. This leaves an opportunity for industrious support players to take lane farm when it’s available because your cores are in the jungle.

All of these changes mean that heroes who can bounce into the jungle after the initial laning phase will do well. With the first neutral items becoming available right after the 5 minute bounty runes spawn, players need to be more deliberate than ever about how they play this first objective. By pushing at 4:00-4:45, opponents will be forced to choose between losing a wave of farm and contesting bounty runes. Players should then be looking to grab bounties while their opponents are occupied under their own tower. Next you want to quickly transition to farming a single jungle camp before applying further pressure when the 5 minute catapult arrives at your lane.

Just before 10 minutes players should again be positioning to fight for bounty runes, this time with an extra emphasis placed on the runes that spawn on the new Outposts. After they become active at 10 minutes, capturing these new objectives provides a massive experience boost to your team when you initially capture them. Try to now always take fights around the Outposts right before each 5 minute mark when bounties spawn, as they give an additional boost of experience at these times.

Taking all these changes into account, we’ve chosen one hero for each position we recommend utilizing to stamp your mark on the Outlands, along with a few interesting honorable mentions.

In one of the most surprising developments of the 7.23 patch, Lifestealer has become incredibly powerful on the support position. The build centers around his reworked ultimate, which provides ridiculous amounts of bonus movement speed as well as health to the hero that Lifestealer has Infested inside. When coupled with any powerful right click character, you suddenly have an incredibly agile carry that’s able to kite in and out of fights without any fear of reprisals. By building significant aura items like the newly reworked Vladamir’s Offering, you’re able to sit in one of your core teammates and literally get carried to victory!

Andrew 'Jenkins' Jenkins of Dota Alchemy provides us with a concise guide on the basics of playing this unlikely new addition to Dota’s support pool.

Crystal Maiden was one of the big winners of patch 7.23, receiving buffs in the form of the reworked Arcane Aura, as well as having the ability to jungle with Frostbite and Freezing Field. This positions CM in a great place to be played either as a Hard or Soft support in this new jungle focused metagame. Now having armor while casting her ultimate, as well as magic resistance from Arcane Aura, CM will be able to play a little more aggressively than before.

Venomancer and Techies have become great choices as a result of some other changes that occurred this patch. Both heroes provide the ability to take over an area of the map with Plague Wards and Proximity Mines respectively, which are hugely impactful to control the new Outposts. Additionally, both of these heroes become incredibly frustrating to deal with at level 30, when they unlock both sides of their talent trees, and their ability to stall out a game will ensure they get there.

Two heroes who were previously rarely seen will be making more regular appearances with offlane Batrider and Puck. Each of these heroes got significant buffs in the recent patch, and they both have the ability to quickly clear jungle stacks which will really help with boosting their farm and finding neutral items.

While Batrider no longer has flying vision provided by Firefly, the ability now adds an incredible radius of ground vision, allowing you to spot potential targets before they see you. With Firefly also providing more movement speed and Sticky Napalm no longer having a cast point or turn requirement, Batrider players should no longer have any trouble chasing down their fleeing opponents. If that wasn’t enough, Flamebreak also received incredible buffs to almost every aspect of the ability, which collectively pushes Batrider into becoming a great choice for this patch.

After receiving the ability to have a 350 castrange blink with every cast of Waning Rift, Puck is now virtually ungankable early in the right hands. Able to flexibly play either Offlane or Middle, Puck can be a great addition to many drafts this patch. Dream Coil now has an initial 100/200/300 damage that gets dealt when the spell is cast, on top of the previous coil snap damage.

Razor was the recipient of some of the craziest buffs anybody received in 7.23. The new static link now forces Razor to attack the linked target, however this is done automatically and without stopping movement (similarly to Windranger’s Focus Fire). This change fits beautifully with Razor’s non-stop chasing playstyle, and will allow you to simply take one enemy out of a fight unless opponents commit control spells to stop your relentless advance. Eye of the Storm now has the previous damage effect of Unstable Current, which now gives an impactful movement speed aura to your whole team. With the ability to be placed in any of the core positions very successfully, Razor will prove to be a terror in upcoming games this patch.

Invoker’s reworked Aghanim’s Sceptre no longer reduces the cooldown of Invoke, with the cooldown now decreasing by 0.3 seconds every time you level an orb instead. This will open up a lot of interesting new item choices for this perennial pub favourite, so Invoker players should take this opportunity to experiment with different item purchases.

Seeing a significant uptick in his win rate, this newly reworked Lone Druid is proving to be much more successful than the previous patch’s version. While the hero received a plethora of buffs across most of his abilities, the real significant reason for his success is simply that he has 12 item slots thanks to his bear. This allows the team with a Lone Druid to take further advantage of the new neutral items, as many are left sitting in the fountain later into the game that can now be taken by LD.

Despite being one of the most widely used carries in the last patch, Gyrocopter escaped patch 7.23 without receiving any significant nerfs. With his quick jungling through Flak Cannon and high tempo ability to fight early, Gyrocopter is perhaps an even better pickup this patch than last.

Consider giving these heroes a try in your upcoming pubs and let me know how things go! Which heroes do you expect to serve which role the best in the new meta?