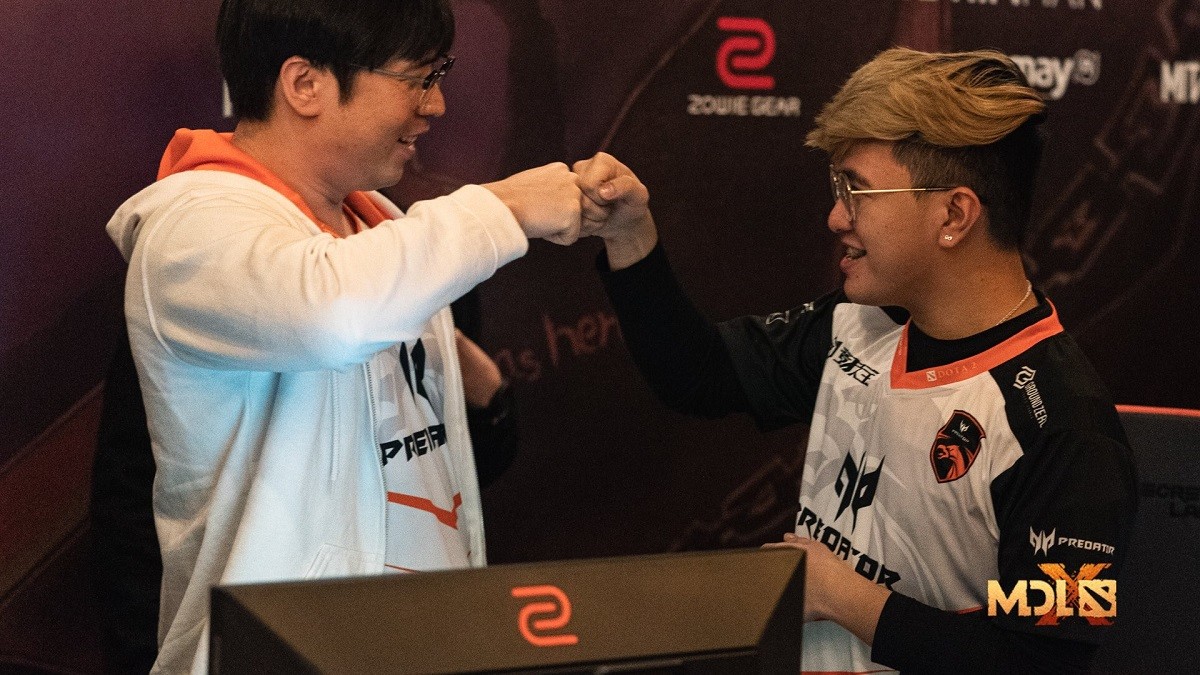 posted by Smyke,
The MDL Chengdu Major is in the books! TNC won against VG in the Grand Finals of the first Major.
ADVERTISING:
The first match of the day was between TNC and Invictus Gaming and the Chinese fans in the arena hoped to see their team win and compete against VG in the Grand Finals. TNC, however, didn't let that happen, because they destroyed Zhou 'Emo' Yi and his team-mates in two games.

.@MarchDota shared his thoughts on @TNCPredator's previous series against @VICI and how they'll be improved for the Grand Finals. #MDLChengdu

By winning the Lower Bracket Final TNC got a chance for redemption, because they had lost the Upper Bracket Final to Vici Gaming, the only team that beat them in the tournament.

TNC demonstrated that they're aiming to win the trophy in Game One. While the Chinese squad didn't lose a single game a day before, they weren't able gain control of this first match in the Grand Finals.

Especially Armel Paul 'Armel' Tabios's OD gave TNC's opponents a hard time in the mid game. His damage output was too high for VG's heroes. The game finished after 33 minutes and 18 to 6 kills for TNC.

A beyond godlike Gabbi

The first few minutes of the second game were quite boring, because both teams weren't eager to fight that early. After nine minutes we saw the first blood and attempts to force a fight. However, it took a few more minutes for the first real battle.

TNC took advantage after this fight and Kim Villafuerte 'Gabbi' Santos used the time to farm his Morphling. He was the key factor for TNC's game plan. Vici Gaming tried to shut him down, but his team helped him to get stronger and stronger.

At this point it was without doubt: TNC's Morphling and Viper were too strong for Vici Gaming. The SEA squad needed just one more victory to win their first Major title.

If you listened to the experts, it seemed like TNC would win the third game as easy as the first two, although Tae Won 'March' Park decided to pick an Ursa for Gabbi. The fact that VG couldn't hit objectives with their heroes would hurt them in the mid game. However, TNC's greedy lineup around Ursa and Alch had some problems in the early game, because VG attacked them in their own jungle over and over again.

Although Ursa and Alch are scaling very good in the late game, Vici Gaming didn't lose that match. Killing those two carries during the fights was the perfect way of making it back into this series.

A few more fights later TNC had to call 'GG' and Game Three was granted to Vici Gaming.

The Morph-Shaker makes the difference

In Game Four TNC decided to take a more traditional draft. They picked Morphling for Gabbi and March got himself the Earthshaker to complete the Morph-Shaker combo. Only the support Naga Siren was out of their comfort zone. VG, on the other hand, tried to face that Morphling with a strong TA for Zeng 'Ori' Jiaoyang and a Leshrac for Zhang 'Eurus' Chengjun.

The team fights initiated by Naga helped TNC to get an early advantage. It should have been a close fight between Gabbi and Ori, but the Filipino carry played his Morphling so perfectly that even the Chinese star player had a hard time to keep up with Gabbi's pace.

Hexing Morph and then killing him without a buyback in his pocket, helped VG to take advantage in this fourth game. Without him on the board the Chinese team was able to kill Roshan uncontestedly. From that point on VG's advantage grew to a 26k gold lead and TNC needed an almost impossible team fight strategy to turn this game somehow.

What an incredible fight by Gabbi! TNC didn't give up and pulled off the comeback. However, the game wasn't over yet! VG knew that they had to avoid team fights and try to push the damaged TNC base - it really looked promising. However, a miscommunication brought VG into a position to fight close to the Rosh pit - and this was there end.

TNC won their first Major title ever by beating Vici Gaming with 3-1 in the Grand Finals thanks to an incredible performance of Gabbi.

What was your favourite moment of the Major?