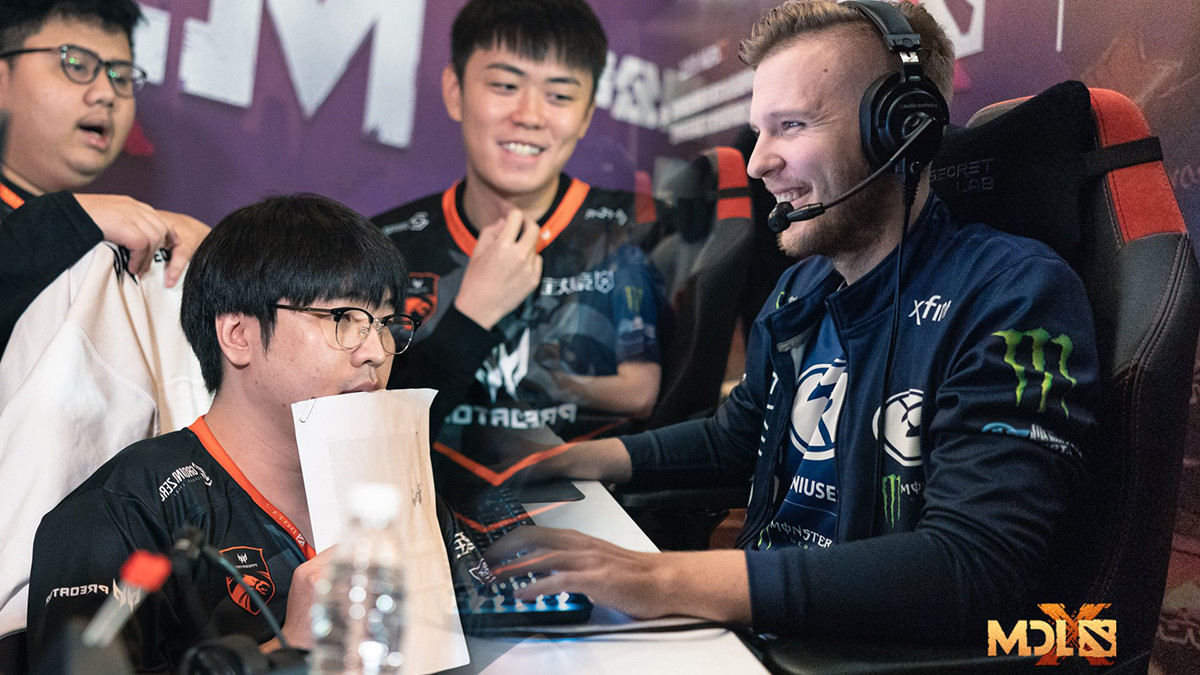 posted by NanaKrustofski,
The penultimate round of the Upper Bracket at the MDL Chengdu Major has concluded. Two teams are now standing in the UB finals determine the first grand finalist.
ADVERTISING:

Gold and a slap in the face: 83,000 net worth lead despite being eight kills behind at one point – TNC Predator put on quite a peculiar and unique show. The reasons behind their gigantic net worth were Kim Villafuerte 'Gabbi' Santos's 61k Alchemist with 843 last hits, as well as Armel Paul 'Armel' Tabios's 57k Ember Spirit. The game took 70 minutes and after some back and forth base pushes, TNC could finally turn their gold advantage into a victory.

Gabbi continued his dominance in the second match with his 18/3/4 Naga Siren. Despite a lower difference in gold this time, J.Storm were not able to overcome TNC who closed the series 2-0. TNC will continue their path through the UB finals, whereas J.Storm drop to the LB.


No one can say @Team_JStorm didn't try. It took 70 minutes, but @TNCPredator take Game 1. We can only imagine what's going to happen in Game 2, coming up soon! #MDLChengdu

The encounter of tournament favourites Evil Geniuses and Vici Gaming was one of the most awaited match-ups of the Major. Interestingly, the battle did not turn out to be as intense as anticipated: Vici clearly had the upper hand. While Gabbi could fill the Money Bin with all his gold, Artour 'Arteezy' Babaev's Alchemist did not have the time to accumulate as much wealth. Vici defeated EG with a clear 34-11 in match one.

Game 2 turned out to be much closer, but this time, EG made the cut and caught up. Despite having a 20k networth advantage at some point and trying to push highground several times, Vici were not able to make the final blow against EG. The American team could not only defend their t3 tower successfully. With Arteezy's Triple Kill on Void, they were able to counterpush and finish off the enemies in their base again, getting them their revenge win.

In the third game, Vici were finally able to close the series with a 2-1 victory. Zhang 'Eurus' Chengjun brought darkness over EG's hopes with a dominating 20/3/12 Night Stalker performance. The Lotus Orb turned out to be crucial to the Chinese victory: the threat of Arteezy's Juggernaut got easily disabled.

Vici are taking on TNC in the Upper Bracket finals. At least one of them will end up in the Grand Finals. EG however is not out yet. They still have a chance to come back again, but would have to fight their way through three more match-ups.


Who do you think is going to win and advance to the finals: Vici Gaming or TNC Predator?