SaberLight- leaves Chaos – who's going to take his place? 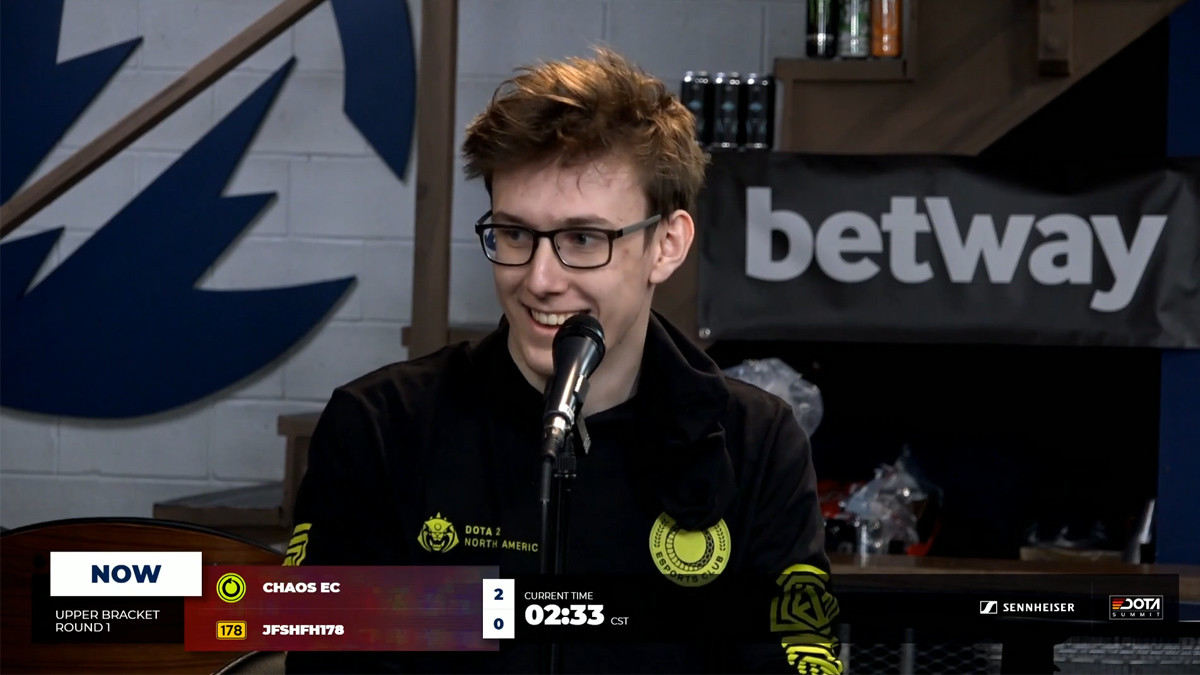 posted by NanaKrustofski,
Yesterday, Chaos Esports Club announced Jonáš 'Saberlight' Volek's departure from the team on Twitter. They are now looking for a new off-laner.
ADVERTISING:
SabeRLight- originally was signed by Team Singularity mid September. However he switched to Quincy Crew as a trial when Sumail 'SumaiL' Syed Hassan left the team. As he was never confirmed as a full team member, it is not surprising that he eventually left the squad again after fulfilling his duty.

Thank you to @jonas_volek for standing in for the team during the Dota Summit Minor.

He will not be continuing as a tryout and will instead return to @SNG_Esports pic.twitter.com/7Odw36TGi1

At ESL One Hamburg 2019, Quincy Crew could only achieve 10th place. After getting signed by Chaos Esports Club and a little bit more practice with their new off-laner SabeRLight, they could eventually obtain better results at DOTA Summit 11, securing second place. They defeated every opponent they met 2-0 – except for Minor winner Invictus Gaming, who dominated Chaos twice. With the second place however, they were not able to book the last ticket for the MDL Chengdu Major, which marked the end of SabeRLight's stay at Chaos.


Who will join Chaos as an off-laner?

Now Chaos have to fill the gap SabeRLight left before the next Major/Minor qualifiers start. The pool of free agents is currently not very stacked, but it is also possible that a player switches his team.

Otávio 'tavo' Gabriel: The Brazilian offlaner left his team FURIA Esports a few days ago and is currently a free agent. He would not be a stranger to Chaos: earlier this year, he already played under their flag.

Braxton 'Brax' Paulson: Brax joined J.Storm on a trial-base in late September. He might face the same fate as SabeRLight after the Chengdu Major and could then eventually take over his role.

JingJun 'Sneyking' Wu: Fighting PandaS current position 4 player Sneyking has been part of the professional scene since 2012. While the team achieved good results, for example by qualifying for ESL One Hamburg and the Chengdu Major, he is actually an off-laner. If the Pandas will not be able to fight their way to victory at Chengdu, he potentially could go back to his old role at a different team.

Saahil 'Universe' Arora: While he counts as one of the best off-laners in the history of Dota 2, his team Ninjas in Pyjamas are lately not able to play on the highest level. They could not win against tier 2 teams, so it might be possible that the star player considers another change in his career.

Who do you think will join Chaos Esport Club?

Photo credit: Beyond the Summit stream