Sccc's comeback or the rise of pub stars? The most auspicious players at the Chengdu Major 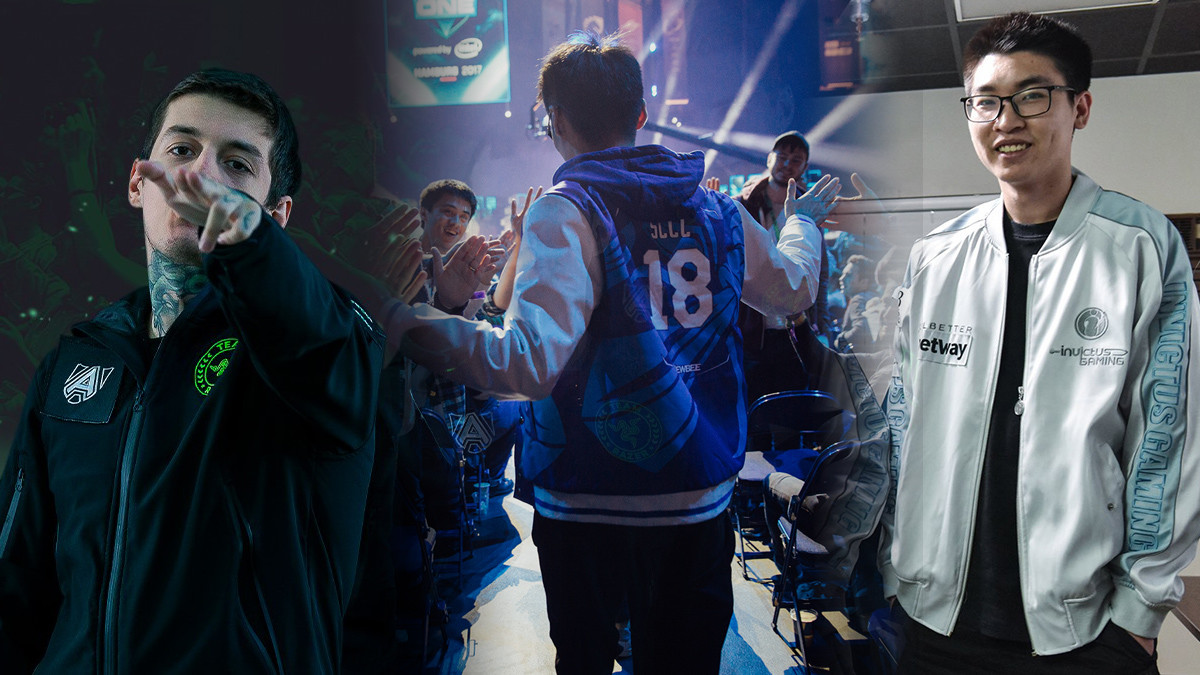 posted by NanaKrustofski,
The MDL Chengdu Major starts on Saturday November 16. Not only is the event the first Major of the new DPC season, it also features several newcomers – and players waiting for their comeback. We made an overview on which players we should take a closer look at during the Major.
ADVERTISING:

Zhou 'Emo' Yi had all eyes on him at the DOTA Summit 11. By winning the Minor, Invictus Gaming earned the last slot at the Chengdu Major. He started his career in the professional scene in 2018 and could now celebrate his first bigger victories. Apart from the Minor title, he also broke records on his early game 15/0/7 Invoker: highest kills, fastest GPM and the highest networth within only 16 minutes.

The Bulgarian pub star rocketed his way into the pro scene at the The International 2019: Southeast Asia Qualifiers with Mineski and ever since that, his grind continues. He and his new team Alliance stomped the Chengdu 2019: Europe Qualifier, DreamLeague Season 12 and got third place at the ESL One Hamburg 2019. He is known for his kill-heavy performance and his zero-deaths strategy. The Major will show if Alliance can keep up their pace against stronger teams.

18-year-old Danil 'gpk' Skutin surprised many with his strong performance at the ESL One Hamburg 2019. Despite losing the finals, the newcomer had an impressive score of 37/4/27 in total and is seen as the new hope for the CIS region. Gambit Esports might once again surprise with their performance at the Major and even if they fall short, gpk's potential is now discovered and can definitely grow over the next years.

With only 17 years, Fnatic's carry Neungnara '23savage' Teeramahanon is the second youngest professional Dota 2 player in the entire scene. Number one, Egor 'epileptick1d' Grigorenko, is only 50 days younger. 23's lack of experience does not lower his skill. Fnatic only lost a single map in the entire Major Qualifiers. 23 showed a diverse hero pool with eight different heroes in ten matches, ending the qualifiers on his 20/1/9 Anti-Mage.

Newbee.Buff's former flagship Song 'Sccc' Chun counts as one of the biggest superstars in the Chinese Dota 2 scene. After peaking with the second place at The International 2017 and counting as one of the best mid-laners worldwide, he could however not live up to his legacy anymore. Apart from winning ESL One Genting 2018, the team could not achieve any major victories. It is now up to see if he can get his comeback with Team Aster.

Filipino carry Kim Villafuerte 'Gabbi' Santos is not a completely unknown player. But in the recent time, he displayed his skill the most. TNC Predator looked nearly invincible at ESL One Hamburg, where they completely dominated both the group stage and the playoffs, especially due to Gabbi's memorable Night Stalker and Morphling plays. The team has good chances to continue their hunt against bigger teams at a Major.

Cheng 'vtFaded' Jia Hao started as a pub star in the Asian scene until he joined Chaos Esports Club for The International 2019. Despite finishing second last, the carry could still show off his potential. Now on the Chinese team EHOME, he might be able to unleash his talent.


Whose performance are you excited for the most?