Void Spirit will soon step from his hidden bastion 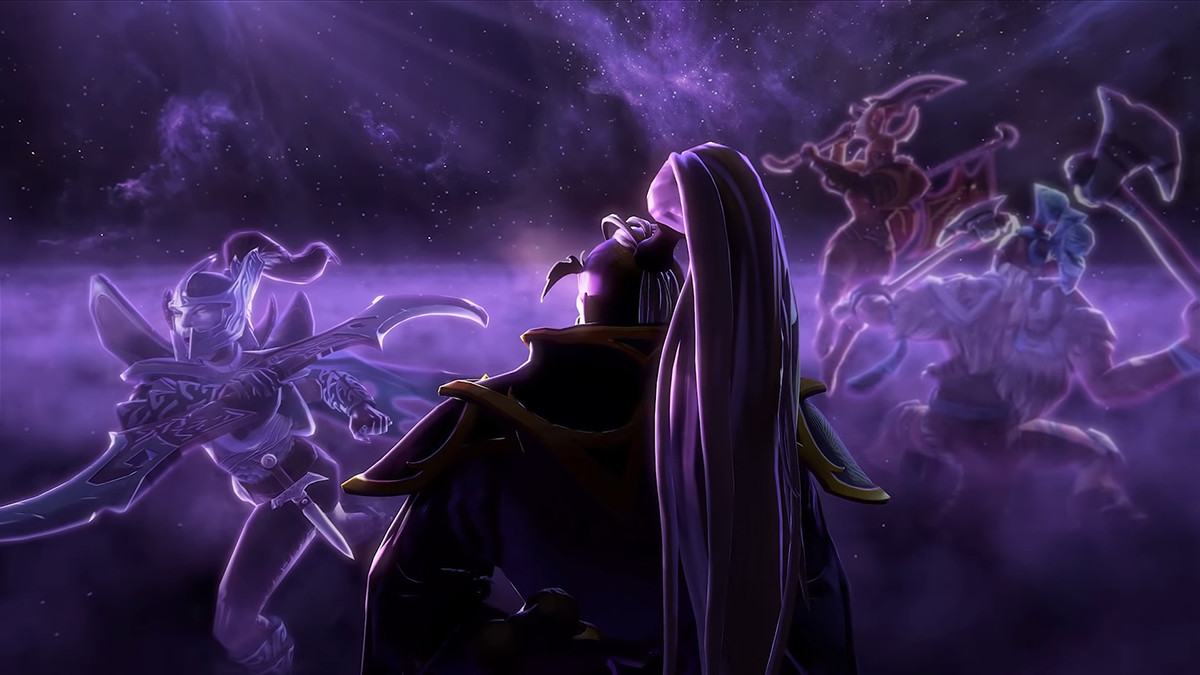 posted by NanaKrustofski,
The second hero that got announced at The International 2019 is Void Spirit. Similar to the predicitons for Snapfire, we let our minds wander in the void and collected some ideas about what the new hero might be like.
ADVERTISING:
Void Spirit's announcement was way more mysterious than Snapfire's action-heavy trailer. There are even less information given to speculate about the new hero, but he still had an interesting entrance. The hero will not only enter Dota 2, but got also announced for Underlords.

Portal: Void creates a portal from his world into the arena of the International. This could be transferred in-game to a portal similar to the one from Symmetra in Overwatch. Eventually not only Void himself could use the portals, but his team-mates as well.

Phase shift 2.0: Similar to Puck, he might be able to leave the battlefield as well to go into the Void for a short duration of time to avoid negative effects.

Remnant: Since all three other spirits have some sort of remnant, Void will surely be equipped with an according skill. He might be able to combine it with his phase shifting and teleporting abilites, switching between the remnants.

Scan: With his claim that nothing escapes his notice, a truesight ultimate would be possible. Void could detect all heroes on the map, no matter if invisible or not, and freeze them for a short duration. 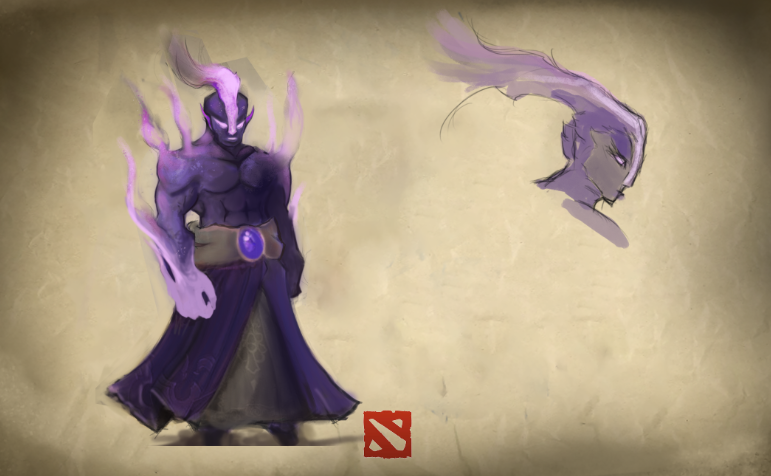 Void seems to rely heavily on his spells and magical damage. With his glaive, he seems to be a melee hero that does not deal too much rightclick damage. Agility seems to fit him the most and he should have high mobility, giving him a lot of map control and escape tools. His skills are propably of more tactical nature rather than dealing damage. He could potentially be played as an off-laner who sets up strategic ganks. It will also be intersting to see if Faceless Void's Chronosphere affects him.

Void Spirit is the addition to the current three Spirits: Earth Spirit, Ember Spirit and Storm Spirit. In some Asian creeds, for example in Japanese Buddhism, the world is separated into five elements: earth, water, fire, wind, and void. In Western cultures, void is also being referred to as aether. Therefore, only one element is now missing, the Water Spirit.

Void Spirits first words in the trailer were "Long have my celestial brothers beckoned." The celestial in the Dota lore are a group of gods that so far include Storm Spirit, Ember Spirit and Brewmaster's father. VS could be connected to Grimstroke, maybe even being his old teacher as SirActionSlacks pointed out in one of his Loregasm videos. He and Ember Spirit were seen as shadows in the background when Grimstroke got encased by the inkpool darkness, and Grimstroke referred to them as his tutors.


What do you expect from the new hero?